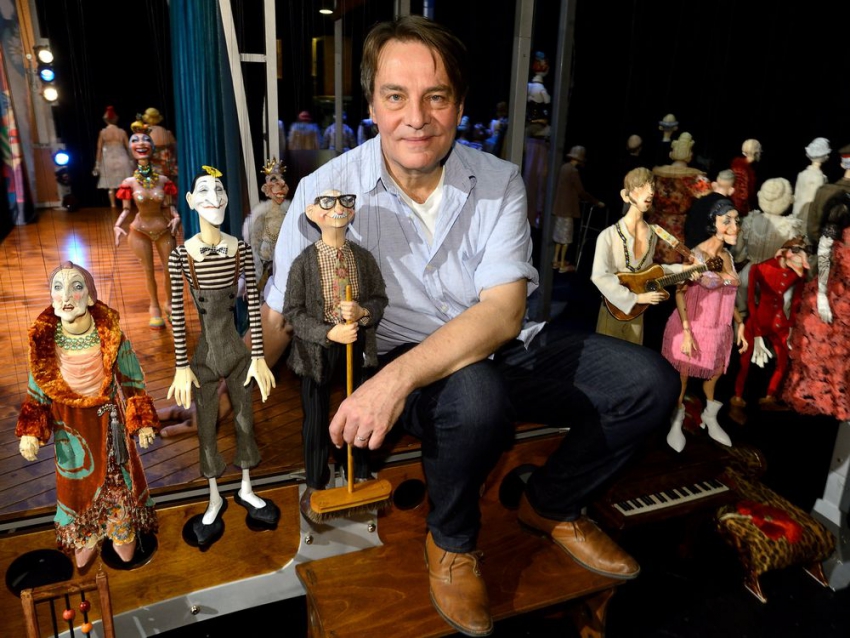 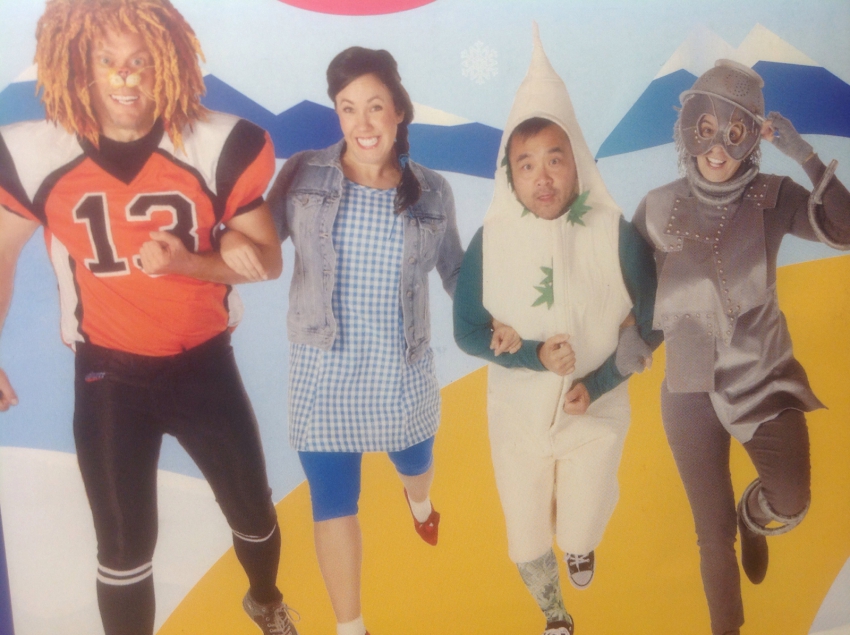 'Tis the season to be goofy: Panto time, the annual Christmas/New Year binge of audience-participation, topically barbed spoofs of hoary kiddie classics. In Vancouver, the genre has been pretty much staked out by The Cultch and its sister theatre, the York.

For off-the-news satire, the challenge is to keep pace with the ever-escalating ridiculousity of the year's headlines. So each new Panto crop (what's the plural -- Pantii?) has to be more preposterous than the last.

Vancouver's 2018 offerings rise to the occasion, with Theatre Replacement bringing its East Van Panto version of L. Frank Baum's Wizard of Oz to the York and puppeteer Ronnie Burkett mounting his Little Dickens, a gender-bending Christmas Carol send-up at The Cultch.

Music director Veda Hille once again played and sang her own original parodies of some 20-odd pop songs and show tunes, wailing pretty much non-stop on her electric keyboard with drumming backup by her longtime sideman Barry Mirochnick.

Director Steven Drover, another Panto veteran, coordinated the 20-odd member cast (including eight adults and over a dozen kids) cycling briskly through the paces of Amanda Testini's choreography and Barbara Clayden's many witty costume changes.

But among all these longtime Pantoids, one key player on the East Van production team was a Panto neophyte: playwright Marcus Youssef. High time, too, for his Panto debut; the homegrown provocateur seems a natural for the medium, precisely the Lefty agitprop wise guy best equipped to poison young Vancouver minds.

So before the curtain even opens, Youssef scripts a mealy-mouthed welcoming speech from no less a luminary than Justin Trudeau (Kayvon Khoshkam), to a resounding chorus of "boo's" from the many rows of pre-teens that made up much of the audience. In fact, the whole point of the Trudeau character seemed to be to school the kids in the Panto audience-participation conventions of "boo's" and "Oh, no you don'ts" and schadenfreude "awww's" of mock sympathy.

This repertoire comes in especially handy for the scenes involving arch-villainess Rachel Notley (Craig Erickson), aka the Wicked Witch of Western Canada, who cavorts about the stage on a diesel-powered broomstick plotting how to relieve Dorothy (Christine Quintana) of her Ruby Fluevogs.

Our Dorothy has yearned all her young life to escape the Tiny House tedium of exurban Poco (that's Port Coquitlam, to uninitiates) for a taste of cosmopolitan Vancouver, where she presumes her wide-eyed political correctitude aligns with prevailing norms. So when a pipeline explosion blasts her to the corner of Hastings and Napier, she thrills to her new milieu.

Yet she still longs to be reunited with the married pair of hayseed Aunties who raised her back in Poco. No problem, she's assured by the Good Witch of North Van (Dawn Patten). All she has to do is put her case to the all-powerful Wizard of OV.

OV?! Why, of course, that's the ultra-emerald Greenest City paradigm: Olympic Village. The local stoner Munchkins point out the condo brick road and Dorothy embarks. Along the way she recruits a trio of allies:

First she meets a brainless, spliff-shaped scarecrow (Raugi Yu) stuffed full of some sort of dried vegetative matter -- let's call it 'straw.' Then there's a Tinperson metal sculpture (Patten, again), left to rust, unsold, after an East Van Arts Cruise. Not to mention unlucky jersey #13 (Craig Erickson redux) of the B.C. Lions, so cowardly he's spooked by the mere proximity of an oblate spheroid.

Reaching the Greenest City's emerald hub, they find it infested with vegan yogi yuppies. The Wizard turns out to be gigantic neon-flickering, throat-singing, disembodied head who announces himself as "Great OV, the Rich and Powerful ... oops, I mean the Meditative and Mindful."

He postpones granting their wishes until after they've accomplished the suicide mission of swiping Notley's diesel broomstick. But the Western Witch has other plans. She can't afford flying monkeys, but she dispatches a squad of Mobi-mounted chickens to capture and imprison Dorothy.

In the ensuing duel, the Witch (who's made of oil, after all) proves impervious to mere water. But, when pissed upon by Dorothy's faithful mutt Toto, she dissolves into a helpless puddle, leaving only her witchy black smock and pointy hat to be filled out, eventually, by Jason Kenney.

Returning triumphant with their broomstick trophy, the four friends call in their IOU's from the Wizard. But stripped of his fearsome robot head avatar, Great OV turns out to be nothing but a venal little CPA (Khoshkam, on leave from Trudeau) with a thinning, grey combover. He's got no magic to grant their wishes, he confesses; "I'm more of a finance guy."

Parents in the audience reveled in Youssef's drumbeat of sly allusions, which must have been lost on most of the children in the house. But that hardly dampened the pint-sized critics' fervent "boo's," "aaaws" and "no you don'ts." So something for everyone; not to be missed.

Not much for children in Little Dickens, but louche adults will find lots to love in Burkett's double entendre ad-libs and gentle bamboozlement of audience "volunteers." The story recasts A Christmas Carol in the show biz milieu of Hollywood and vaudeville, with Scrooge recast as a faded diva, Cratchit as her put-upon dresser, Marley as a Rat Pack rival, Tiny Tim as a doomed Ronald MacDonald wraith. Plus assorted agents, drag queens, stars and starlets, & cie. & cie.

The actual puppets are miraculous little homunculii, designed and costumed by Burkett and executed by a dozen credited master craftspersons. Deftly caricatured and flamboyantly costumed, they each have their own subtle body language. Burkett remains visible throughout, hovering over his minibus-sized stage-within-a-stage to manipulate the strings and voice all the dialogue.

Now and then he steps out in front of the curtain to directly address the audience -- an oddly marionette-like presence in his own right, lantern-jawed, google-eyed, manically grinning, with a wheedling lisp. You can't help but love him. Go catch him while he's in town, through December 22nd.