The report condenses the findings of hundreds of other reports, concluding that many agree that the discrimination under the Indian Act and other Canadian laws, as well as the Sixties Scoop “have all contributed to Indigenous communities’ loss of traditional knowledge, profound intergenerational trauma, and violence.”

The result of this institutionalized breakdown in community structure is tangible inequality.

Indigenous women are 16 times more likely than Caucasian women to be murdered or missing in Canada, a fact that is perpetrated by systemic inaction in fields of justice. This sentiment was echoed by the emotional testimony of Trudy Rose Mary Smith, a survivor who spoke to the National Inquiry in Richmond last week about her sister Pauline, who was brutally murdered in 1985.

“When it’s a Caucasian [woman] they are all over the news. What happened to me and my sister, it’s like we were invisible. All of the missing and murdered Indigenous women and girls are invisible.” As one survivor, Bonnie Fowler said, the experience of reporting her missing sister to the police felt to her like 'reporting a missing wallet' — she felt authorities weren't concerned at all for her sister's safe return. 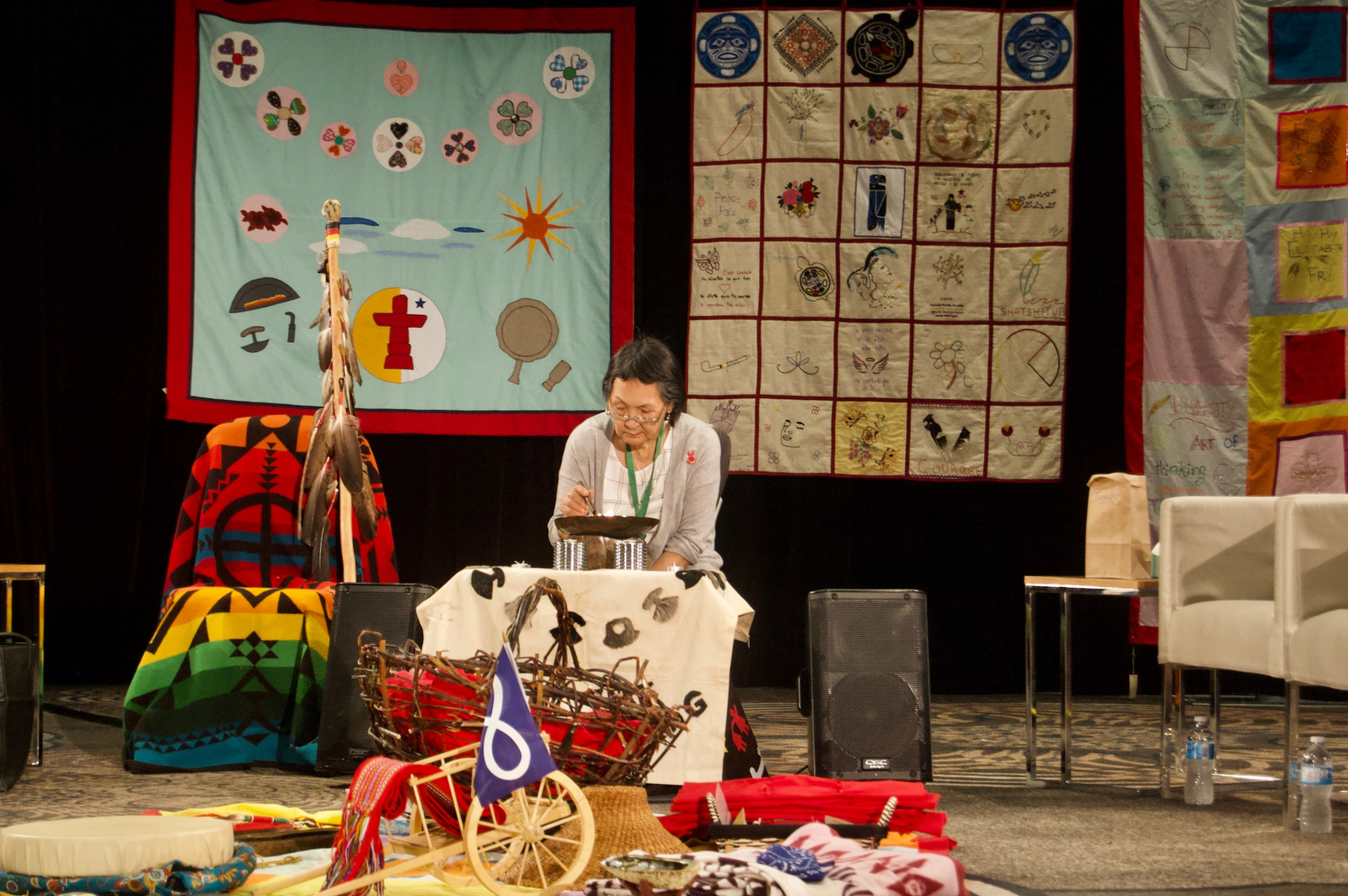 Opening Ceremonies at the National Inquiry for MMIWG in Richmond. Photo by Dylan S. Waisman

Canada’s National Inquiry is a start

“We are also leading the way. Nowhere else in the world is an inquiry being done, nowhere else is even acknowledging their murdered and missing Indigenous woman, that the genocide is real and still happening,” said Audrey Siegl, Musqueam travelling medicine woman for the Commissioners, Staff, and families at the National Inquiry for MMIWG.

Though she remains critical that the Inquiry does not go far enough to listen to Indigenous voices, McCallum recognized its importance. “As Lorelei Williams has recently said in the media, lives are depending on this, so despite my skepticism, I hope that they achieve something that will ultimately serve to protect Indigenous lives,” she said.

Last month, the Commissioners asked the federal government for a two-year extension. The Inquiry concluded its hearings this week after hearing from its 1000th testifier, in a two-year long process.

How to be an ally

From lawyers to medicine-women to survivors, the consensus is clear. The first step towards creating solutions is to listen.

“Indigenous people have the solutions to these problems. From Health, Status of Women, Child Welfare, to the Justice System, there are so many different departments, where if they sat down and listened to Indigenous people instead of taking a paternalistic approach, they would know that we have the solutions to the problems that are impacting us and ultimately killing us,” said McCallum.

When asked what all Canadians can do to start a dialogue in their fields of work, and to become allies with Indigenous peoples to begin decolonizing institutional structures, McCallum offered a decisive first step.

“Open your hearts and open your minds, and listen to the stories of Indigenous people," she said. "We are not the other, consider us your relations and your relatives when you look at us and hear our stories. Sit with us like you would sit with your parents, your siblings, and your grandparents. I think it will begin there."