Alberta Ballet delivers a jewel of a Nutcracker 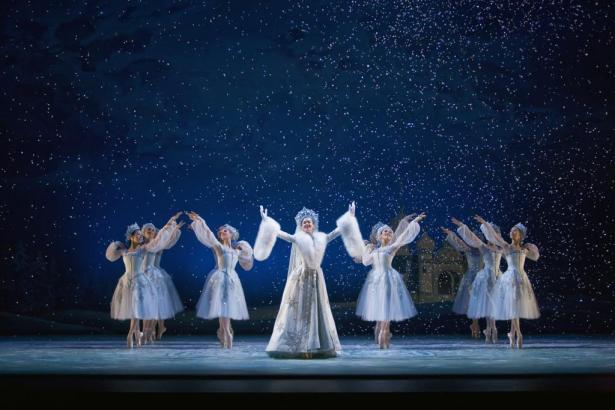 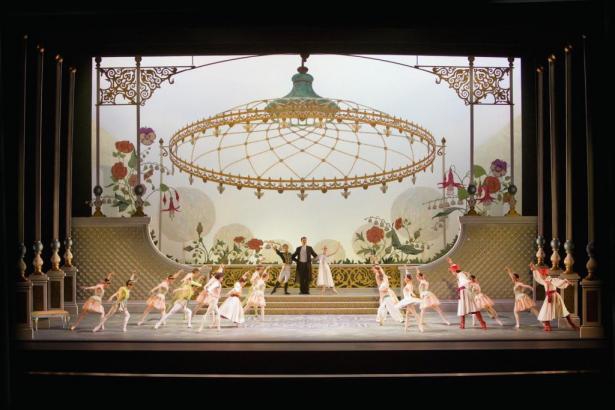 If you’re sick of all the eating and drinking – or cooking and bartending- enjoy an experience at the ballet that is truly lovely. Transport yourself to  19th century Russia with Tchaikovsky’s well loved work, The Nutcracker. Beautifully played by the Vancouver Symphony Orchestra, Ballet BC will present the Alberta Ballet’s Nutcracker at the Queen Elizabeth Theatre until January 1.

Typically, productions of the Nutcrackers use German Romantic writer E.T.A. Hoffmann’s story “The Nutcracker and the Mouse King” to hang the ballet on and so all the characters and place are German. Though the story is followed in this version, the opening set with its onion domes rising in the distance, sent us back to the Mariinksy Theatre in St. Petersburg in 1892 when the ballet premiered with choreography by Marius Petipa.

Different than the Alberta Ballet’s last version which was all glitz and glamour, this version, remains true to its roots. Even though there’s no nineties excess, the sets and costumes are like a priceless Faberge egg, a design that is re-created in the second act. Created by Emmy Award winner Zack Brown, they give the production the look of a gorgeously illustrated children’s book, the kind that you save on your bookshelf way beyond your children’s youth.

Resident choreographer Edmund Stripe has created a work that shows off the company’s musicality and generous performance style. Stripe’s ability to physically realize the nuance of the music shines in the corps de ballet sections especially in the Dance of the Flowers. His transitional steps link with the subtler sections of the music to then explore a more dynamic shape that pops when the music pops. This sense of flow and use of dynamics so intrinsically woven with the music, allows the dancer to interpret the music in ways that must be satisfying to the dancer and are certainly satisfying for the audience. The Sugar Plum Fairy on December 30, Victoria Lane Green, played with this dynamic well while nailing the tricks that are required of the Sugar Plum Fairy.

That quality doesn’t work quite as well in other sections where flat out bravado is needed like the Russian dance, or where passion reigns like in the Spanish Dance.

The corps de ballet work in the Snowflake dance that ends the first act was also extremely well done, especially considering how disparate the backgrounds of the 29 person troupe are. The Snowflake’s symmetry in unit movement while making patterns in space was so accurate that, when coupled with the Maxfield Parrish-like backdrop of pastel clouds and the glitter of the diamond-like scrim that falls, the entrance of the Snow Tsarina en pointe led by two wolves on her sleigh and the music so ably conducted by Peter Dala, magic happened.

Jennifer Gibson, the Klara on December 30, acted the part without trying to act like a little girl, lending to the notion that this story is really about a young teen coming to terms with her budding sexuality while wanting to remain a child. Her dancing, especially her jumps, were light and effortless.

The first act of the Nutcracker is always about parading around using mime to establish the story. The mime was very clear and often funny but the children stole the show. Gleaned from schools around the lower mainland and rehearsed by Jennifer Quibel of Arts Umbrella, the 70 youngsters were fantastic: cleanly polished, acting their parts appropriately and often brilliantly, and having a blast. Even though we couldn’t tell who the individual rats were, their padded costumes and rodenty demeanour was appreciated.

What a great way to bring in the New Year: drinking in the beauty of man made inspiration.

Ballet BC presents Alberta Ballet's Nutcracker to Jan. 1 at the Queen Elizabeth Theatre: Friday and Saturday at 2 p.m. Tickets from ticketmaster.ca