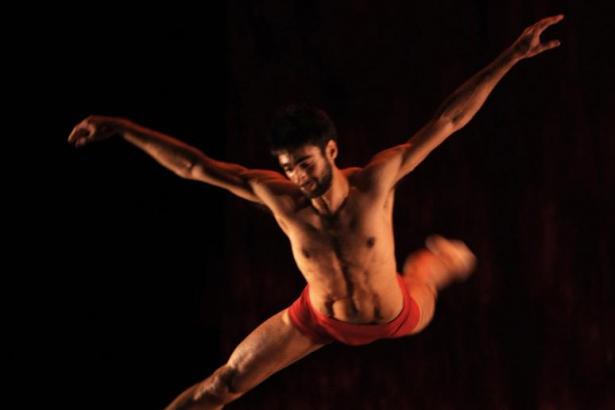 Any arts organization that survives for 25 years, overcoming huge adversity and morphing into an exciting entity that British Columbians can be proud to point to as their own, is to be wholly congratulated. With Emily Molnar at the helm, Ballet BC is celebrating their anniversary in the best of ways this Thursday through Saturday at the Queen Elizabeth: showcasing four Canadian/Vancouver choreographer’s new work with new music. With the music mostly original and performed live by The Turning Point Ensemble, who is celebrating its fifth anniversary, the combination of freshly minted dance on superb bodies and music played by a 19 piece orchestra pushes the boundary of excellent dance. 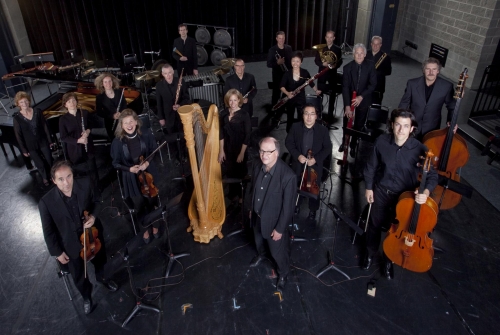 “Oftentimes companies will do a retrospective when they celebrate a milestone going back to repertoire from the past, “explained Molnar, on her lunch break at her office at the Dance Centre. “I thought it would be more exciting to look to the future.”

French-born Bennathan, Artistic Director of Toronto’s Dancemakers from 1990 to 2006, is one of Canada’s important choreographers whose move to Vancouver has seen an increase in the availability in seeing his work.

In 2000  Wen Wei Wang received the prestigious Clifford E. Lee Award for excellence in choreography, not surprising as his melding of ballet, modern and classical Chinese dance is a gorgeous vocabulary based on thoughtful themes.

A soloist with Les Grands Ballets Canadiens until 1996, Gioconda Barbuto has distinguished herself in works by choreographers such as George Balanchine, Nacho Duato, Jiri Kylián, James Kudelka, Hans van Manen, Mark Morris, Ginette Laurin, José Limon and Ohad Naharin, among others. In 1998, she joined Netherlands Dance Theatre III, a company of professional dancers over the age of 40. The Montreal-based Barbuto brings a joyous physicality that will suit the Ballet BC dancers to a T.

Sales is multi-talented; he is also a music producer coproducing “Dangerous”, by Akon and MC Kardinal Offishall, which won a Juno for best single in 2009. He is  creating a very personal work about the grieving process he underwent on the death of his brother who died in a car crash at the age of 28. Sales artistic vision is clear and his bravery in sharing his vulnerability  impressive.

“It was important to me to support local and Canadian talent collaborating with Canadian composers,”shared Molnar.

Michael Oesterle from Montreal is collaborating with Bennathan: artistic director of the Turning Point Ensemble Owen Underhill’s Geometry of Harmony is being choreographed by Wen Wei Wang; Sales is choreographing to lying, stealing by Pulitzer Prize winning composer David Lang, the only non Canadian in the bunch - he’s American; and Barbuto  joins forces with composer Anthony Genge.

This process has been unusual in that creation and development has enjoyed six months to fruition and two weeks of joint rehearsal, rarely done in the dance world because of cost and lack of insight and commitment to the process by artistic directors. A gift to the creators, dancers, composers and musicians, the result will reflect that on stage to be enjoyed by Ballet BC’s audience.

The sparks that fly between the dancer and the choreographer when a new piece is created on them also provides a synergistic explosion of creativity that excites.

“The development that happens between a dance artist and the choreographer (when creating a brand new piece of work) creates a huge learning curve where much more of the artist is asked to come to the table,” Molnar enthused. “ A world is built between the two and there is a responsibility and freedom to truly explore.”

“It’s important to develop our choreographers,building the new work of today as we need to continue to pursue the development of the art form,” said Molnar.

Get tickets to FOUR world premieres at Ticketmaster!