Acclaimed in New York, MOVE: the (dance) company hits its stride in Vancouver 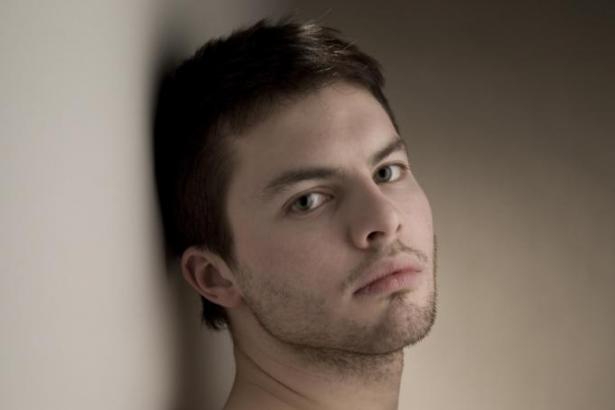 At two, Josh Beamish, was already enrolled in  dance classes.  When Beamish turned sixteen, he made the move from Edmonton to Vancouver to train in ballet at Pacific Dance Arts and the Source dance company. At 17 Beamish became the artistic director of MOVE: the company.

Sitting cross-legged on the  floor of Vancouver’s Harbour dance studio, Beamish, now 23, speaks of MOVE as if thought it's the average achievement of any young artist to have built a  globally recognized company.

“I didn’t want to spend time as a dancer, I wanted to move straight ahead to choreographing. Not many people were going to give a 17 year old many opportunities to choreograph, so I thought I'd have to do it on my own,” said Beamish.

“But also a number of my friends were done their training, and we didn’t’ have anywhere that we specifically wanted to go. There was not really anything that appealed to us, and that interested us, and so I decided to create such a place.”

The artistic staff of MOVE consists of 13 of the city’s top dancers and choreographers including Matthew Waldie, Heather Dotto, Amber Funk Barton, and Angel Jutzi.

Since founding MOVE, Beamish’s work has progressed and matured along with the dancers.

MOVE began 2011 with Firebird, the largest scale production the company has produced. The piece was created by Simone Orlando, and was accompanied by The Turning Point orchestra and performed at East Vancouver’s The Cultch.

“Firebird was a really big deal for the company because we performed with 15 live musicians and we had a beautiful set designed by a local visual artist for us,” said Beamish.

Since the company’s leap into 2011 with Firebird, MOVE premiered Beamish’s own Allemande in New York City earlier this month.

The piece was well perceived in New York. The Backstage called Beamish a “Canadian dance artist whose work deserves much greater and more widespread recognition in the U.S. than it has yet received.”

The Backstage, said Allemande was “one of the most gratifying evenings of dance presented on New York's downtown arts scene this season.”

MOVE will be bringing back last season’s piece, Sold Doubt, a rendition of No Doubt’s greatest hits and a choreographic and theatrical play on the public’s notion of the music industry, to BC’s stages later this month.

"Sold Doubt is played to the audience, it’s performed, it’s comedic, it straddles the line between an art and entertainment, and asks the question about what is the difference,” Beamish said.

“It plays on a lot of the notion of stars, and duality, and the perception of those people and their images, all the while playing into No Doubt’s history. Although you we never reference them directly-it’s all kind of tongue in cheek. ”

When asked to name his biggest source of inspiration, Beamish smiles and says music, and his dancers.

"Music leads me to phrasing or movement, and then once I start finding like a characterization of a movement that I’m in, that in itself leads to the concept,” said Beamish.

“I still feel that contemporary dance in Vancouver is somewhat closed-minded," he said. "I don’t necessarily know that I will always be based here, There is a big world outside of Vancouver, and I think that sometimes we forget that,” he said.

“This city is young and people don’t have a built-in appreciation for culture. It’s not part of the Vancouver life… We have to fight for audiences here.”