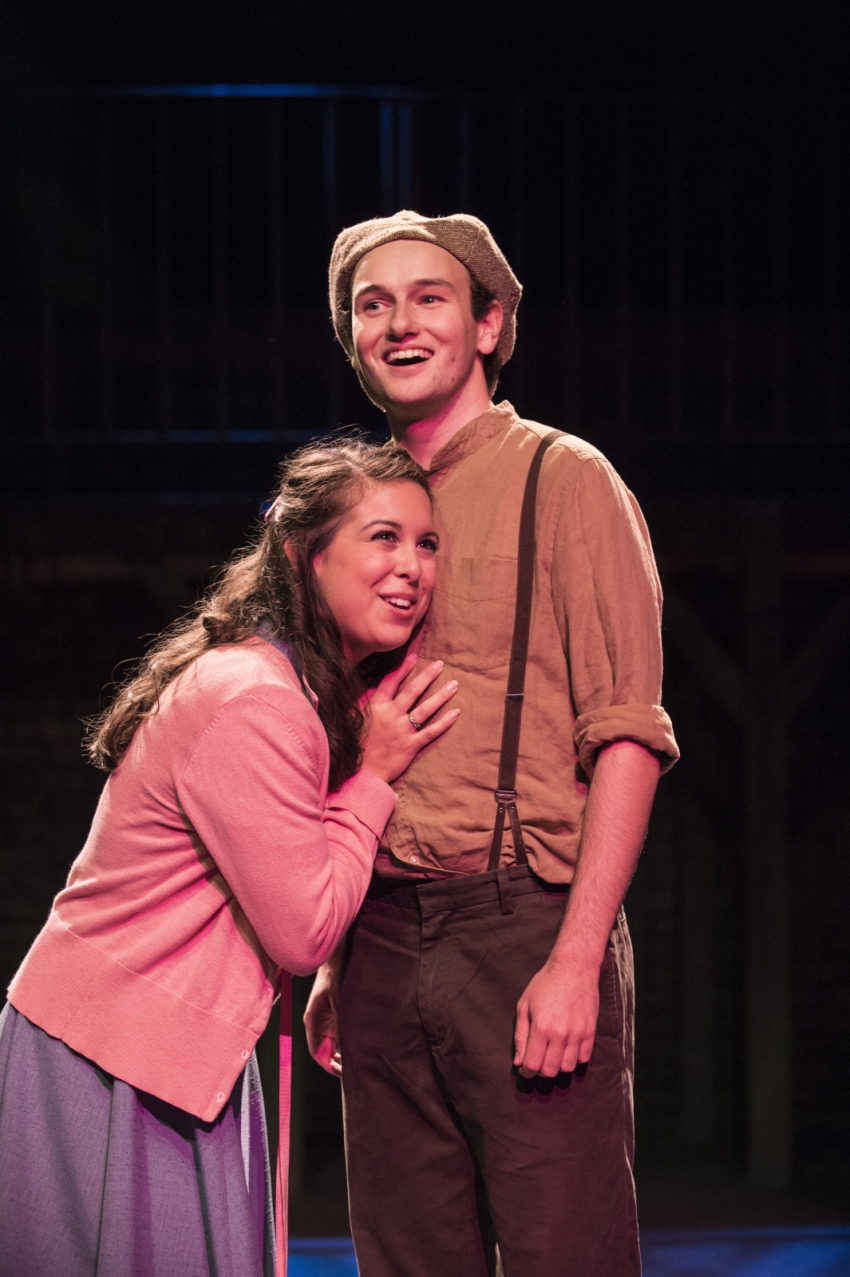 If you’re looking for a high energy musical with loads of laughs, great singing and a relevant message to banish the November blahs then head over to the Firehall Arts Centre where Urinetown is running until November 29.

Urinetown, with music and lyrics by Mark Hollmann and book and lyrics by Greg Kotis. is  truly silly but the message is not:  It satirizes capitalism, social irresponsibility, populism, bureaucracy, and big corporations exploiting the hoi poloi.

A Broadway smash, with the title you just love to say, it was first produced in the 2001 season, and won Tony’s for Best Book of a Musical, Best Score, Best Direction  of a Musical(John Rando) and was nominated for  a slew more categories from the Tony’s and Drama Desk Award. It also won the Firehall  two Jessie Awards: Best Large Theatre Production & Best Direction in 2006. This is a remount.

Parodying musical theatre itself, the interchanges between Officer Lockstock (David Adams) and Little Sally (Tracey Power), where they discuss how the musical is progressing, are charming. These scenes lead us into and out of scenes and keep us posted on the big finishes. Both actors do a bang-up job.

Hard to pick out individual actors as stand-outs as all of them are just fabulous. Clearly having a blast telling the story of the evil corporation led by Caldwell B. Cladwell (Andrew Wheeler), the selfie-taking sociopath, and his running of the public toilets for profit as the environment is disastrously rendering the water supply low. Penelope Pennywise (Meghan Gardiner) takes the coins at the Public Amenity station and we later discover her relationship to the Cladwell clan.

Hero Bobby Strong (Anton Lipovetsky) leads the revolution, kidnapping Cladwell’s sweet daughter Hope Cladwell (Michells Bardach), who has been hired for her faxing and copying expertise, at Daddy’s company, but first they fall in love.

Spencer, who also plays Ma Strong, and Friedenberg have given this uber talented crew so much fun shtick to play with that it’s hard not to erupt in hysterics.

Lipovetsky leads with the best of comic timing and a truly fresh and bizarre comedic sensibility. Walking the line of parody with enough truth to render the ridiculous believable, it’s hard not to stay glued to his performance waiting for the next brilliant moment.

That would be a mistake as everyone in the cast including Senator Fipp (Matt Palmer) and the chorus who are way more than just that (Chris Cochrane, Andrew Cohen, Katey Hoffman, Patrick Keating, Chris Lam, David Marr, Rosie Simon, Shane Snow) are each singing, dancing, acting maniacs.

Everyone is having so much fun, it’s hard not to enjoy along. 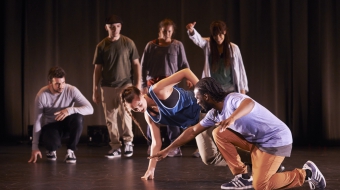 The Cultch stage replaces the hip hop cypher with joyful dancing.
Andrea RabinovitchOct 15th, 2014
Speak up about this article on Facebook or Twitter. Do this by liking Vancouver Observer on Facebook or following us @Vanobserver on Twitter. We'd love to hear from you.