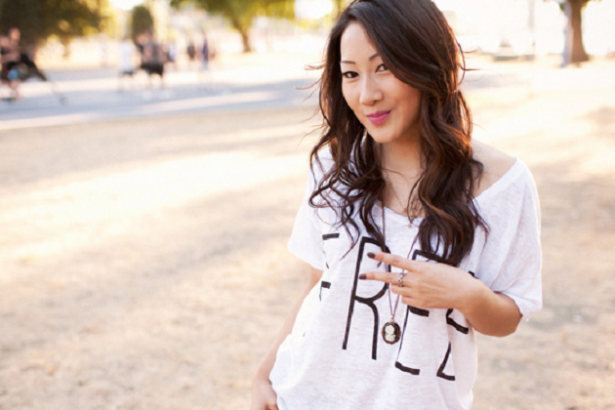 All photos courtesy of www.kristieyung.com

Kristie Yung, an up-and-coming singer/songwriter described as  ‘Ella Fitzgerald meets Taylor Swift’, is one of Vancouver’s musicians to watch.  Getting her start in musical theatre and competing in various competitions and music groups, Kristie shares the journey she’s taken in completing and releasing her first EP.

Can you share a little about your background and how your journey into music began?

I’ve been singing my whole life. It started when I went on stage in a grade 2 musical play and I got the lead. That was my first exposure to music and auditioning.  When I got the part, I was so happy and I knew at that moment that music was something that I had to do.

In high school, I was involved in vocal jazz band, school musicals and I took a very active leadership role.  In 2003, I joined a world music performance group and I had the the amazing opportunity to tour internationally.

I entered Fairchild Television’s New Talent Singing Competition, earning a spot as the 2nd Runner up and later performing as part of a four-piece girl group called Am3ition.

Ultimately, the group went their separate ways due to timing. It was a good experience; it was a big part of my life.

How does your family feel about your musical goals?

My family is very supportive of me, but they want me to have a back up plan. I’m a realist and I know that bills need to be paid and sometimes music doesn’t pay the pills. My family supports me as long as I have some stability.

How would you describe your sound?

For the most part, I’m a pop singer but I have lots of roots in jazz and blues. You could say I have an acoustic soul sound.

What is your process when it comes to songwriting?

It’s always different. Because I’m a writer, sometimes I come up with the lyrics first and then I’ll sing it out and put a melody to it. Other times, I might have a nice melody in my head and then I work back.

Three songs on the EP I wrote by myself but the remaining two were co-written by Jonathan Wu, my guitarist. One of the most amazing experiences is working with other musicians because they help to make your ideas better. It always takes more than one musician to make a great song no matter what anyone else says.

Launching a musical career definitely has its challenges, what are some that you have faced or are currently facing and how has it helped you?

One of the biggest things I know musicians complain about, but it’s still a problem is that it is difficult to make a career out of music. In a blunt sense, musicians don’t really get paid. Musicians are entrepreneurs and their initial investment into musical career is all themselves. No one is going to pay for your recording studio time.

All of my start up investments including printing cds, booking shows, designing merchandise, it’s all me. I had to play shows for free to get my name out there. Financially, it’s quite difficult. If you don’t have the resources, it can be quite discouraging.  I work in a marketing position that I love from 9 a.m. to 6 p.m., and then I come home to work on my music till 2 a.m. I want it that badly, and I hope that it will show.

Yung worked with Pakistani music legend Alagmir for "Keh Dena", a song from the soundtrack of South Asian show "Mangoes".

A lot of musicians achieve a certain celebrity from social networks like YouTube. How has social media impacted your musical endeavors?

Social media is awesome. For me, I’m kind of weird. My inspiration comes from people who do covers on YouTube in their bathrooms. What inspires me is their interpretations [of a song] and their unique sound. It impacts who I am as a YouTube artists as well as who I am as a musician. It has developed my sound.

I discover new artists from social media because it provides another avenue for artists to promote themselves. People have relied on radio for music, but there is new media out there where artists can control their fan base and how their music is promoted. It has helped me make a lot of connections and friends. It’s a community where people want to help each other and cross promote.

How would you describe Vancouver’s local music scene?

It feels like family because a lot of us know one another and we support each other. I don’t know what it’s like in other markets because I’ve only experienced Vancouver but I think one of those meaningful and inspiriting things about our music scene is that we rely on each other. It means so much when we are playing a show and other bands that you love come to support you.

I would think that in other communities you might have a lot of a competition. In Vancouver, there’s some competition, but it’s the attitude of “when I make it, I’m going to bring you with me”. We work hard because we know it’s not just about us, it’s about making Vancouver this new hub for and upcoming artists. And it’s an attitude we all share.

Kristie Yung will be performing at EastVanLove 6.5 on September 27.  Tickets are available for this by-donation event.