Gay teenagers and suicide: does it get better?

Eric James Borges, 19, killed himself a month after making the "It Gets Better" video to support LGBT youth suffering suicidal thoughts.

People keep saying to suicidal gays, lesbians, transgendred and other sexual minorities that "it gets better" as time goes by.

Have people heard this message so many times over the last year that things must indeed be better for all the gay kids that make up the YouTube generation?

The answer in my opinion is a resounding no.

The truth is in the numbers. According to The Trevor Project, a U.S.-based organization that provides crisis intervention and suicide prevention services to LGBT youth, gay-identifying kids attempt suicide up to four times more than their heterosexual peers. Four times.

That's four LGBT youth for every one straight kid who goes through life feeling like killing themselves.

Sadly, this is also only based on the kids that the Trevor Project knows about. More often, they suffer in silence and say nothing about their sexuality, for fear of being abused, abandonned or shunned in public.

I know everyone has heard this all before and many probably think that there is nothing that anyone can do to help these anxiety-ridden youth, but the truth is that every person can make a difference.

Rick Mercer ranted about this last October and received some public flack for not being open enough about his own sexuality (he's gay, in case you were wondering). His main point is one I agree with 100 per cent - society needs to be more accepting to these kids right now. How? If you're gay, speak up and let the world know who you are. Kids need role models.

Some people probably think I'm beating a dead horse with this call to come out. But for the openly gay folks out there, I ask: how 'out' are you? Do friends know? Family too? How about co-workers? The neighbors? Your MLA? The personal trainer?

As Rick said, gays don't need to run around with a pride flag boring everyone else. But for God's sake, stop being so coy about it. Be proud, and let the youth around know that being open and being gay is okay.

I don't live in a gay utopia where this is the case. I happen to know a lot of actors, models, students, athletes and business men who are still scrared to live their lives 100 per cent out of the closet. Until that time comes, this world is still going to have young people like Eric James who just last week committed suicide -- even as an intern at The Trevor Project and one month after doing his own 'It Gets Better' video.

I'm curious about what Dan Savage, creator of the It Gets Better project, has to say when he speaks in Vancouver this Saturday. I have a feeling he probably feels the same way I do.

Thousands of gay marriages from Canada may not be legal

﻿The Canadian government is arguing that thousands of same-sex couples who travelled to Canada to get married are not legally wed, according to The Globe and Mail. The government is contending...
Jenny UechiJan 12th, 2012 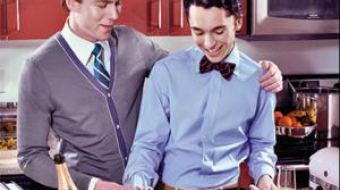 How to host the perfect party in six simple steps.
Morris ChapdelaineDec 2nd, 2011 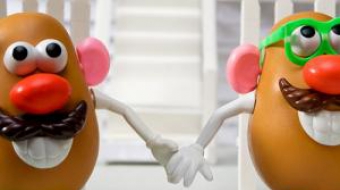 Vancouver queer culture and history celebrated tonight at the Cobalt
Morris ChapdelaineNov 3rd, 2011
Speak up about this article on Facebook or Twitter. Do this by liking Vancouver Observer on Facebook or following us @Vanobserver on Twitter. We'd love to hear from you.