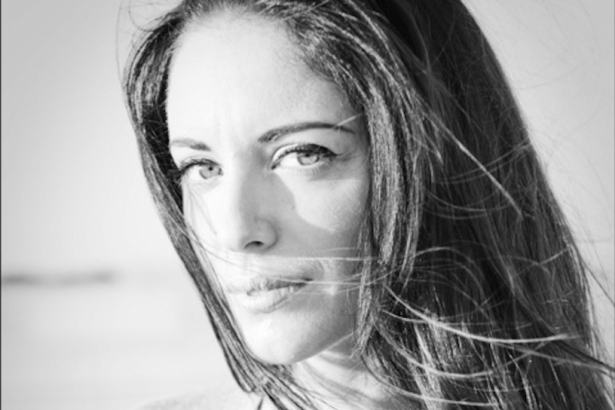 Artist/actor/author Elisabetta Fantone in Vancouver to attend the opening for her solo show at the Kurbatoff Gallery.

Italian-Canadian multi-talent Elisabetta Fantone is returning to Canada this week to attend the opening of her first solo art show on the West Coast. Elisabetta, who, among many other things, is an acclaimed artist, actor, model and author, continues to impress with her talent in many mediums; excelling in artistic, film and literary projects. Her latest show will be at the Kurbatoff Art Gallery from April 11th-25th, 2013.

Her recreations of the images of iconic figures are widely popular, and are often acknowledged by the subject of her pieces. She was notably commissioned by the Kardashian sisters to showcase a piece of her art in their famed clothing boutique “DASH”, in Miami.
This latest art show comes after Elisabetta’s well-publicized tour of her artwork across North America last year. She had her pieces displayed at the Kurbatoff Gallery, The Thompson Landry Gallery in Toronto during TIFF, the Soho Gallery in Montreal and the Myra Galleries in Miami. Her shows paid homage to classic icons, including Marilyn Monroe, Mick Jagger, Audrey Hepburn and Marlon Brando. 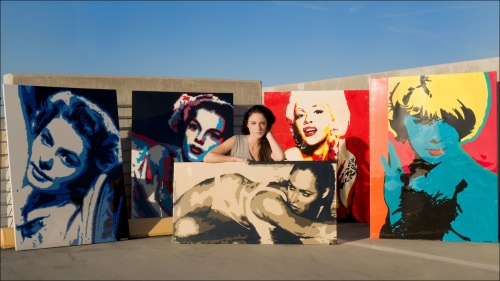 Elisabetta has been garnering attention across North America for her engaging YouTube videos, which capture her creating her dynamic art pieces, from start to first.

Her artistic work isn’t the only aspect of her career on the rise: The vivacious actor is starring in the original feature film “http://www.imdb.com/title/tt2143788/)" target="_blank">Havana 57”. The noir mystery marks the first co-production between Canada and Cuba, and touched upon the subjects of the mob, revolutions and a beautiful dancer, played by Elisabetta.

This multi-talented beauty has been busy with acting roles since she was discovered in 2006 when she won over the hearts of French speaking Canadians thanks to the insatiably popular docu-reality TV series “Loft Story”, of which she quickly shone as the break out star. Since then, Elisabetta has accomplished numerous artistic endeavors, including film and television, modeling, music, painting and literature. She has already released her first book entitled “Journal intime d'une Lofteuse”. Just a few short years later, she had added celebrated pop-art painter and vocalist as additions to her already impressive repertoire. 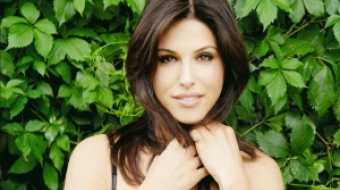 A new, charismatic performer is making a name for herself in the entertainment industry as a versatile performer with a number of desirable skills under her belt.
Jasmyn PozzoApr 3rd, 2013
Speak up about this article on Facebook or Twitter. Do this by liking Vancouver Observer on Facebook or following us @Vanobserver on Twitter. We'd love to hear from you.