Time for a leader we can trust 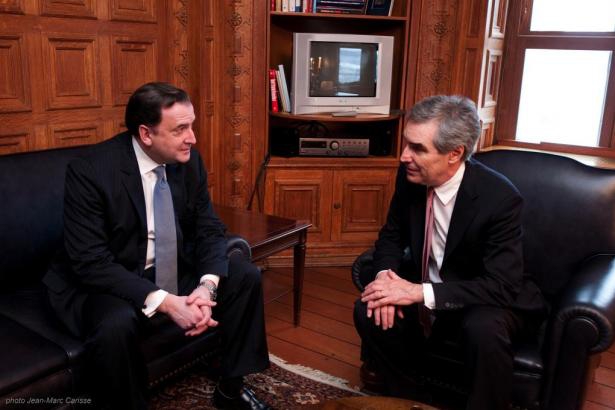 On May 2, Canadians will go to the polls to choose a new government.

The choice will be a very clear one. Hope vs fear. Optimism vs cynicism. Ideas vs spin. The power of purpose vs the culture of deceit. Openness vs secrecy. Inclusion vs divisiveness. Respect vs contempt. Integrity vs subterfuge.

In his column in this morning’s Toronto Star, Tom Walkom said that Stephen Harper’s contemptuous approach to Parliament is disdain for those who elected him – that’s us.

“There is a bitterness to this prime minister that has infected his entire caucus”, Walkom said. “The contempt motion on which the government fell Friday related specifically to the government’s refusal to tell elected MPs the full cost of its programs. That refusal in itself demonstrates the Conservatives’ profound disdain toward the only democratic national institution we have. Yet it is also part of a pattern. This government is willing to sacrifice Canadian soldiers to bring democracy to Afghanistan and Libya. But it cavalierly dismisses democracy at home.”

Michael Ignatieff and the formidable Liberal team want to build a better Canada. The team is truly a team, not a controlling one-man show. And that team includes former premiers, former cabinet ministers, medical doctors, senior executives, entrepreneurs, social workers, teachers, artists, authors, Rhodes scholars, Canada’s first man in space and a five-time Stanley Cup winner and member of the Hockey Hall of Fame. I am proud and profoundly humbled to be part of such an extraordinary group of people.

The leader of the Liberal Party of Canada, Michael Ignatieff, who has served in the House of Commons for five years, is a remarkable person. Canadians will see that during the next five weeks.

The Financial Times of London has said that Ignatieff is “by any measure an extraordinary Canadian.”

As the Globe and Mail said in its lead editorial this morning: “He is indeed an extraordinary Canadian. He was listed as one of the world’s 100 leading public intellectuals by Foreign Policy magazine. The American philosopher Francis Fukuyama called Mr. Ignatieff’s Lionel Gelber Prize-winning book, Blood and Belonging: Journeys into the New Nationalism, “a marvelous work that shows the diversity, complexity, agonies and horrors of nationalism with greater depth and insight than most, if not all, academic treatises.”

This election – like all elections – is important. We will see two very distinct approaches and two very different visions for Canada. The country will also be asked to render a judgment on the five-year reign of Stephen Harper.

And the Liberal Party will be proposing a positive and substantive alternative. It shall be grounded in economic realism, compassion, hope, tolerance and respect for Canadians and our democratic institutions. And it will show us how we plan to restore Canada’s rightful place as a respected and valued contributor in a very complex and uncertainworld.

I am looking forward to May 3. I have no doubt that is the day when we can all breathe a collective sign of relief that the days of cynicism and waste will be finally behind us and we can look forward to getting our beloved country back on a better and much more hopeful path.

We as citizens, and Canada, deserve no less. 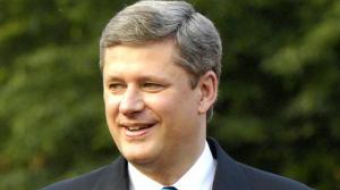 So here’s some free advice: Mr. Harper, why don’t you take your majority for a test drive on something really important?
Daniel D. VeniezDec 2nd, 2011
Speak up about this article on Facebook or Twitter. Do this by liking Vancouver Observer on Facebook or following us @Vanobserver on Twitter. We'd love to hear from you.