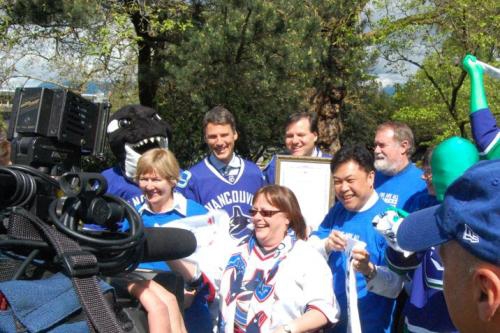 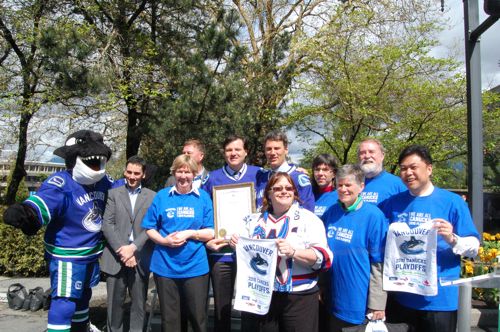 Fin, the official Canucks mascot, mischievously "bit" the Mayor's head off (see top photo) and tried to run off with the official Proclamation. The mysterious "Green Men" in tight spandex showed up to celebrate the declaration of "Canucks Day" by popping up in photo-ops and even taking the time to interview the Mayor with a few questions of their own.

Mayor Robertson declared its "never too early to have the Canucks Flag at City Hall". He then proceeded to read the proclamation that led the city into a day of celebration as the Canucks successfully enter  their 23rd playoff season. 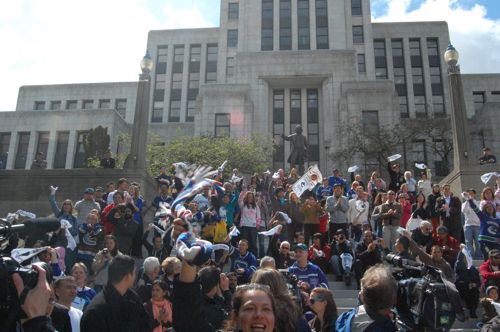 Robertson outlined many of the Canucks' past and present achievements. The large crowd of excited Canuck fans who came out to witness the declaration  cheered wildly at the mention of every achievement.

Among the list of achievements read by Robertson, the Canucks won the Division title for the 7th time. They enjoyed their 300th consecutive sell-out game and had 7  team members compete in the Vancouver 2010 Olympics, 3 of whom won medals.

The Canuck flag was then raised by the city councillors to signify the day was official. 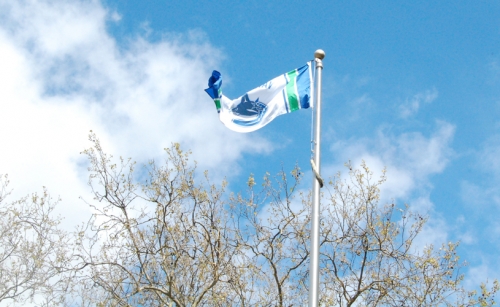 Today's exciting ceremony gives Canucks fans one more reason to celebrate after their triumphant win over the L.A. Kings on Sunday night that entered them into round 2 of the 2010 playoff season, which will begin Friday.

Proclamation and more great photos below. All photos by Alley Kurgan... 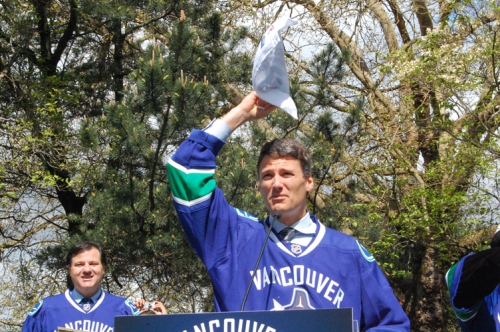 WHEREAS   The Canucks have demonstrated teamwork, perseverance and passion
to clinch an NHL Playoff berth for the 23rd time in franchise history. 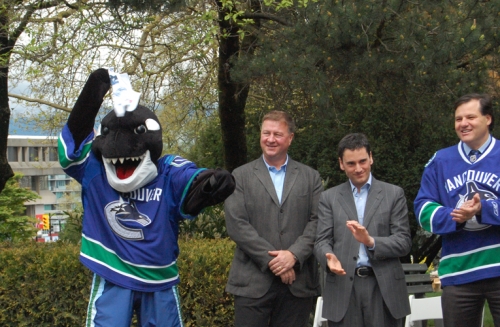 WHEREAS  The Canucks have displayed excellence in their field, recording
more than 40 wins for the tenth time in club history and winning their division title for the seventh time in franchise history. 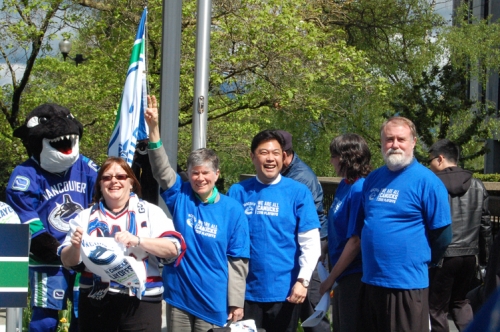 WHEREAS    The Canucks have produced the League's Art Ross winner and
celebrated as Henrik Sedin finished the 2009-10 season as the League's leading scorer with 112 points, marking the first time in franchise history for a Vancouver Canuck to accomplish this feat. 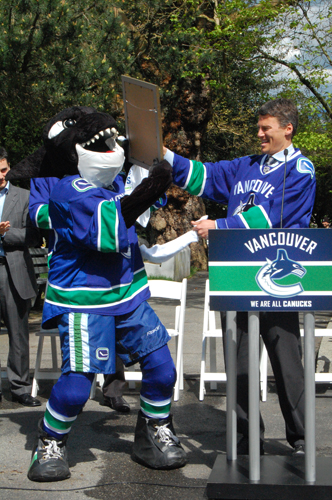 WHEREAS    The Canucks have shown determination and hard work, coming back
to win 11 games when trailing after two periods, marking the second most
comeback wins an NHL team has posted in a single season in League
history. 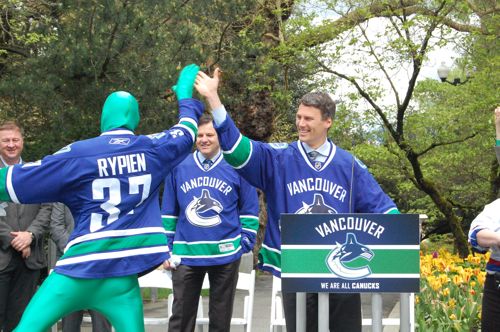 WHEREAS    The Canucks have been supported by the League's most passionate
and boisterous fans, reaching the 300th consecutive sell-out at General
Motors Place in front of 18,810 fans each game this season.

WHEREAS    The Canucks have embraced the support of their fans and have in
turn made it a priority to dedicate resources to assist children's
health and wellness, foster the development of grassroots hockey and
facilitate and encourage education in British Columbia through
charitable fundraisers and visits. 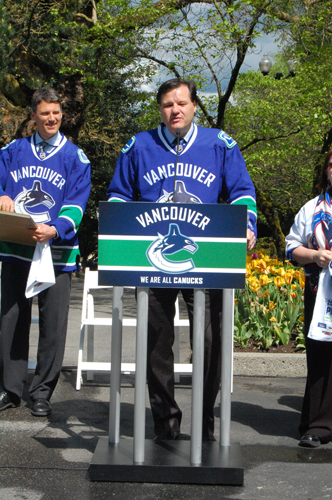 WHEREAS    The Canucks have celebrated past players and personnel,
recognizing the important roles they continue to play in creating the
support and structures of the current day team. 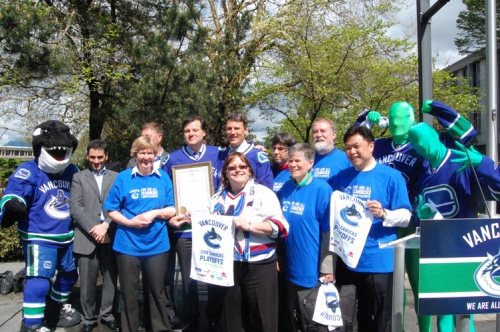 WHEREAS    The Canucks had seven members of their team participate in the
Vancouver 2010 Winter Olympics, with three of them earning medals, and
look to garner the same excitement and success achieved in February
during their 2010 Stanley Cup Playoffs run.

VO's Shirley Nand shows off the autograph Finn gave for his fans at the Vancouver Observer. 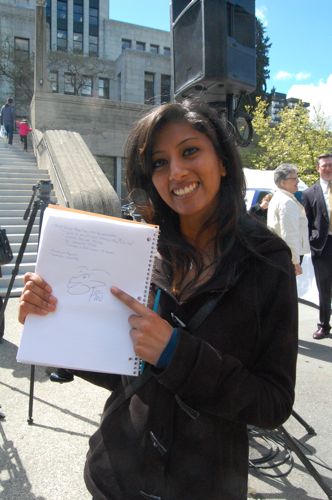 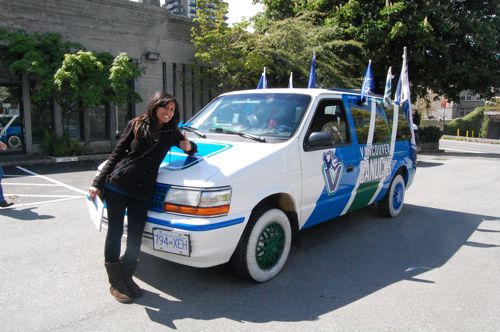