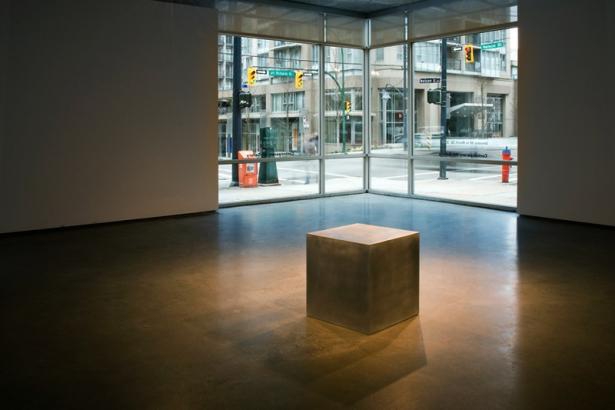 A staff report coming to Vancouver city council next week proposes setting aside two acres of 688 Cambie Street (the former Greyhound Bus depot and Olympic Downtown Live Site) for the development of a cultural hub and public plaza, which could include the relocation and expansion of the Vancouver Art Gallery.

“The exciting thing about this proposal is that it’s not just about the potential for a new cultural space, but also about the design and use of public space downtown,” said Mayor Gregor Robertson. “This site was the home for the Olympic Downtown Live Site and Four Host First Nations, and we want to create a lasting cultural and economic legacy from the success we saw during the Games.

“We have an opportunity to create a hub of cultural and economic activity in a unique and evolving part of downtown, while also developing a new space for the public to enjoy. That could include a new public plaza and even a possible closure of part of Cambie Street, which would create a vibrant public space as an Olympic legacy.

“These ideas will all be discussed as part of the consultations we’ll be kicking off, and I look forward to hearing from the public about them.”

The report, which will go to council Thursday January 20, recommends that the City reserve two acres of 688 Cambie for up to two years for cultural use. During this time, city staff would work with the Vancouver Art Gallery to develop a strategy that meets the future needs of both the Gallery and the City. The City would commit two acres of the lot at 688 Cambie, which is currently a surface parking lot, for a new Gallery if the VAG can develop a rigorous business plan, demonstrate broad support from the cultural community and the public, and provide evidence of its ability to successfully raise the required capital and operating costs.

The report to council proposes examining the potential for a public plaza fronting on Georgia Street, which would create continuity between the Queen Elizabeth Theatre Plaza and 688 Cambie. There will also be discussions with other cultural groups like the Vancouver Concert Hall and Theatre Society, who have expressed interest in using the site for a concert hall and theatre.

The City will also undertake an extensive community consultation and public input process from the cultural community and general public on the Gallery and the use of the site at 688 Cambie.

“This proposal is a very positive step forward,” said Mayor Gregor Robertson. “The VAG is one of the most important cultural institutions in our city and it has made a compelling case for expansion and relocation. I want to recognize the patience and dedication the VAG has shown over these past few years – it has been a long process to arrive at this juncture but we now have a framework to move forward.

“This council has been a strong supporter of arts and culture – we did not make a single budget cut to the arts last year. We have a world-class arts and culture scene in Vancouver and we’re going to do everything we can to take it to the next level.”

The council report can be viewed here.