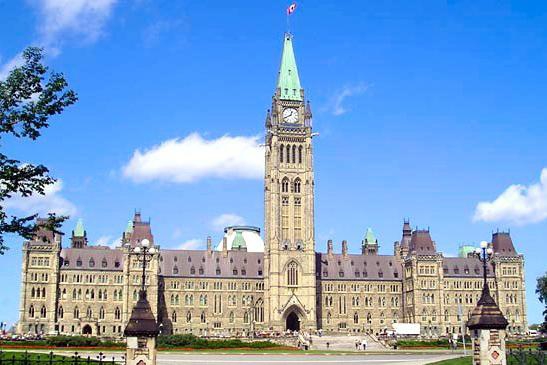 The Centre Block on Parliament Hill

Billionaire Warren Buffet was once quoted as saying that his receptionist paid more in income tax as a percentage of her income than he did.

This is not surprising.

We live in screwed up democracy.

The political system feeds on the corporations, the wealthy, and the lobbyists. This gives the rich far too much influence in the halls of power.

The political establishment in the United States has even convinced the American poor that universal health care is bad for them.

What a bunch of bull.

Lobbyists should be banned. There should be campaign spending limits. Candidates should not have to solicit funds.

The government could reimburse all registered candidates for their official campaign spending up to a pre-set maximum.

This will make politics more competitive and accessible for all citizens.

Billionaires and the rich need to start paying the top rate of income tax on all their income just like the rest of the population so governments can wipe out debt and safeguard social programs.

Excessive wealth creates excessive inequality in society and is morally unjustified in a predominately Christian country.

What did Jesus say after all?

Jesus stated that it is easier for a camel to go through the eye of a needle, than a rich man to enter the Kingdom of God.

That is pretty self-explanatory. Think about it.