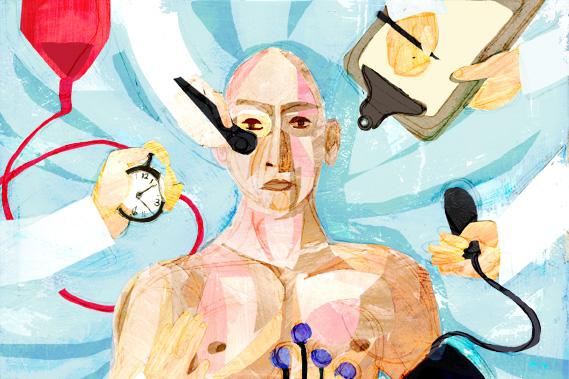 If two words can summarize the health care rhetoric among leadership candidates for the BC Liberals, they are “sustainability” and “innovation.” These are their fervent hope for BC health care. Understanding what the words mean and how the would-be premiers intend to achieve them is the voters’ challenge.

For BC Liberals, a sustainable health care system is one that doesn’t overpower the provincial budget. Mike de Jong  expressed this shared anxiety when he said that other ministries may disappear if health care spending isn’t brought under control.

On her campaign Web site, Christy Clark likewise warned that health spending will “eat the rest of government.” Kevin Falcon said that health care takes nearly half the budget and that more money is “not the answer.”

After they have sounded the alarm, they have to offer a solution to the emergency. Here’s where the debate ranges from vague to interesting. In the contest for vagueness, de Jong and Falcon are in a tight race. Both urge innovation, and de Jong even suggests “competition,” but de Jong has no written health policy statement. Falcon, who recently served as health minister, at least has a page of his Web site devoted to health care policy, although it’s short on specifics and seems designed to calm fears that he would privatize everything. Voters may be reassured to know that his mother practiced nursing in a public hospital, for instance.

Meanwhile, Clark had made balanced budgets a cornerstone of her campaign, which meant she had to address health care spending. She proposed that health spending grow only in proportion to economic growth. George Abbott, a former health minister in the Campbell government, immediately pounced on Clark for proposing an “arbitrary cap” on health care spending. According to the analysis posted on Abbott’s campaign Web site, Clark’s plan would require a cut of $750 million to the planned health budget for the current and coming fiscal years. During a subsequent debate broadcast on radio, the rest of the candidates rejected her idea.

Moira Stillwell and George Abbott win the contest for the most interesting proposals. Abbott throws out the usual calls for sustainability and innovation, but he offers some specific ideas. Abbott would establish tax credits for “child health and wellness” and for caregivers of the elderly. He would review the rate structure for senior residential care and fund more research in neurologic disorders such as dementia. He also offers a plan to reduce childhood poverty, an issue with significant health implications because research documents a strong link between childhood poverty and medical problems such as obesity, depression, and addiction.

Stillwell, a Vancouver physician who has been an MLA since 2009, has made health care a major part of her platform. She has four priorities: chronic disease management, mental health care, health care in rural and northern BC, and having a “public discussion” about private health care. Stillwell’s proposal for chronic diseases, such as heart failure, diabetes, and mental illness, may in fact be innovative. She identifies people with these conditions as “being failed by the current system.” When treatment for them is ineffective, they end up in hospital or even disabled, which incurs high costs. Stillwell would put more resources into managing these conditions in the community.

The matter of commercial health care remains marginal in the debate, but the candidates seem to leave some space for it. “Innovation” sometimes seems to be a proxy for private health care. Stillwell wants to deal with privatization frankly--but not yet. One day, a discussion will be necessary. One gets the sense that the candidates hope voters will, in time, be willing to accept more out-of-pocket costs for health care, but they realize that this idea is not going to win them votes.

The candidates never mention the fact that their party has created the budget crisis. During the past decade, as the BC economy has grown, health care spending has grown proportionally. Government revenues, however, have not kept pace with economic growth. The reason for this is tax cuts, many of which have benefited corporations more than ordinary taxpayers. None of the candidates is talking about how to ensure that health care spending is truly sustainable: ensure that government revenues remain proportional to economic growth.