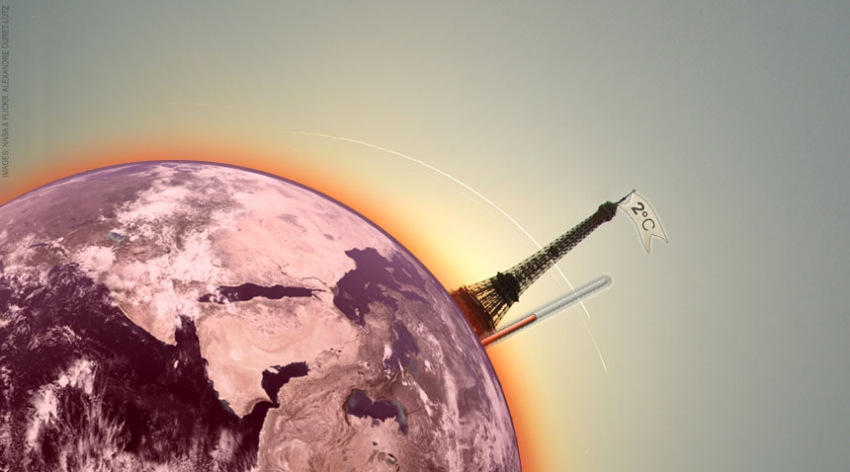 Here's a look at what has changed since the last climate conference.

What a difference a few years can make.

As my infographic below illustrates, international commitment to solving the climate crisis has grown dramatically in the last six years. (Note: click graphic twice to view full size.)

Six years ago, as the world headed into the Copenhagen 2009 climate conference, only a quarter of the world's major greenhouse-gas emitters had made commitments to peak and then lower emissions.1 Only one of the three major economies, the European Union (EU), had. 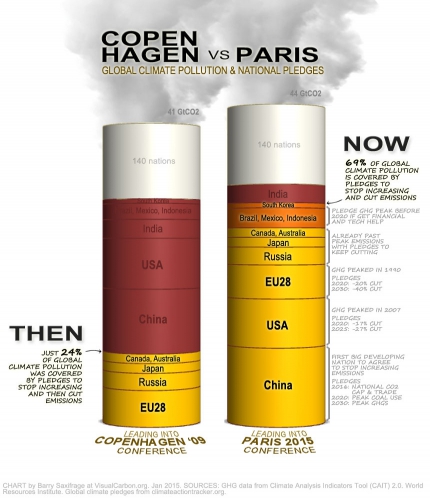 Major religions, anti-poverty and human rights groups were not strongly engaged. Global finance was mostly on the sidelines.

Today, heading into the next major climate conference, Paris 2015, more than two-thirds of the world's major economies have made public commitments to peak and lower emissions.2

For the first time many major developing nations are committed.

Joining these major nation-states is a rapidly growing list of global financial, religious and civil society groups. Even the US military is increasingly engaged.

While the most critical requirement – a reduction in global climate pollution – hasn't happened yet, the underlying commitment to find a solution has grown dramatically. The global trend-line is towards ever greater engagement and commitment.

Probably the biggest tipping point so far in the climate fight is the recent emergence of all three of the world's great economies – USA, China and EU – as strong supporters of climate action. These "Big Three" alone represent half the world's climate pollution and half the world's economic power.3

In a game-changing new alliance, Chinese President Xi Jinping and US President Barack Obama stood together last November to make a "U.S.-China Joint Announcement" on the need to act on the climate threat.

Here are some of the significant climate actions by Big Three in the last few years.

Since Copenhagen, the USA has been leading the world in total climate pollution reductions. American emissions are down 500 million tonnes of CO2 (MtCO2) a year since the start of 2009.4

Both Canada and USA pledged in the Copenhagen Accord to cut emissions 17 per cent by 2020.5 America is on track. Canada isn't. America says it has a plan to get there: "The President’s Climate Action Plan."6

Canada, by contrast, is falling far behind the USA. Canada says all its current climate plans won't be enough to prevent dramatic failure.7

Recently, the USA doubled its climate commitment. America's new climate commitment for 2025 is twice as aggressive per year as their Copenhagen pledge. Their promised rate of emissions cuts has doubled to 2 per cent per year.8

"No challenge poses a greater threat to future generations than climate change… The Pentagon says that climate change poses immediate risks to our national security. We should act like it," U.S. President Barack Obama said in his 2015 State of the Union9 address.

The EU28 says it has already met its Kyoto promise to cut emissions by 20 per cent from 1990 levels.

Since the start of 2009 their annual emissions have fallen by 355 MtCO2.

Like the USA, the EU28 also recently doubled down on their climate commitment. They now promise to cut emissions by 40 per cent by 2030. That reduction rate would match the USA's newly pledged rate of reductions of 2 per cent per year.

About half of the all the increases in climate pollution since 2009 have come from China. Almost all of this has come from their ever increasing amounts of coal burning. But that seems to be shifting dramatically in the last couple years.

China's coal burning declined last year for the first time this century. The nation just pledged peak coal by 2020, but many analysts think it may have already peaked two years ago.

Just three months ago, China became the first developing nation to unilaterally and unconditionally agree to peak emissions by a given year. They promised to peak by 2030 with "best efforts to peak early."

Again, many analysts think that China is poised to peak well before 2030, which is why they made the unusual promise to try to be "early."

Developing nations and beyond

Equally transformative are the recent decisions by several major developing economies to publicly commit to peaking and then reducing emissions.

This has been a major stumbling block for decades.

Brazil, Mexico, Indonesia and South Korea all have pledged to peak emissions by 2020 if given the financial and technical help to achieve this.10

The shift in commitment by national governments is just one part of the story. My next article in this series will show how the post-Copenhagen 2009 surge in global climate commitment reaches far beyond national governments to include major spiritual, human-rights, military, first-nations, environmental, anti-poverty and financial groups.

5 First Biennial Report of the United States of America.

6 First Biennial Report of the United States of America.

7 Projected emissions through 2020 from Environment Canada's Emissions Trends 2014 report .Projected emissions from 2020-2030 from federal government's National Round Table on the Environment and the Economy report "Reality Check: The State of Climate Progress in Canada". Quote: " emissions continue to grow between 2020 and 2030 even under all existing and proposed policies"

9 US President Barack Obama in 2015 State of the Union address.

10 Brazil, Mexico, Indonesia and South Korea all have pledged to peak emissions by 2020 if given financial and technical help. 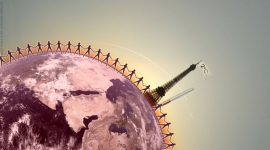 The Road to Paris

In December the world gathers in Paris for a make-or-break attempt to prevent the most dangerous climate changes from unfolding. The last major attempt, Copenhagen2009, failed. Huge changes have...

Back to the future of the post-carbon world