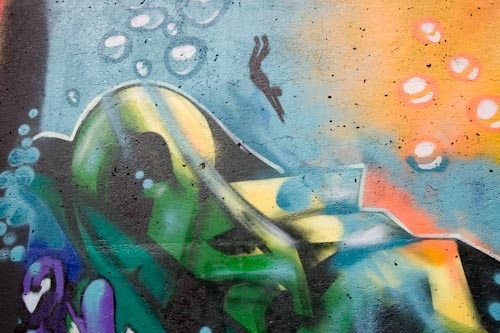 Millions of people worldwide rooted for the success of the 2009 U.N. Climate Change talks in Copehagen (COP15), which ended yesterday. Did the forum finish with a fizzle? Did anything positive come from COP15, an historic effort at forging a global agreement to ensure our species’ survival? Let’s take an outsider’s yardstick and measure what’s going on here.

Utilizing the scale in “Places to Intervene in a System,” (Whole Earth, Winter 1997) Donella H. Meadows (1941 – 2001), lead author of The Limits to Growth might rank a completed and binding planetary agreement on global emissions targets at greater than 60% quality level out of 100%.

Starting at ‘nine’, like a David Letterman top-ten list, with “Numbers (subsidies, taxes, standards),” she lists ten distinct systems change interventions to create positive change. As she counts down the list, the leverage on the system increases in power.

‘Four’ on her scale is, “the rules of the system (incentives, punishments, constraints).” Arguably, the emission targets world leaders struggled to agree on at COP15 would fall here at ‘four’. The COP15 representatives didn’t quite make it and they also didn’t entirely quit. Best case scenario, UN Climate Change talks will resume in 2010. In a worst case scenario, world leadership will drift.

When one realizes we could be back at ‘nine’ on Meadows’ list, things don’t look as grim. Social science research pioneered by Dr. Clare W. Graves says we (the humanity we) are moving forward in a bumpy sort of an evolutionary spiral. Whether and how we will continue is the question.

Based on decades of observation, behavioral scientists have come to agree natural and human systems profoundly affect behavior, often more so than volition. For example, think of peoples’ behaviors based on position in their respective system, in orthodox religious sects or the welfare system (both sides of the counter). This fundamental premise is the starting point for Donella Meadows’ list of most effective ways to transform human systems.

The symptoms of human over-population and over-consumption, such as human-induced climate change are complex and inextricably intertwined with natural systems. In the face of potential global environmental collapse, we humans need systems thinking methods more than ever!

Systems thinking offers a way to see the big picture and may help us evolve new behaviors. Human systems interventions can also provide strategic frameworks for technology and engineered answers to the dilemmas, like global warming, arising out of human over-population and over-consumption.

Meadow’ list of the top ten ways to intervene in a system, set in large type, still leaves lots of white space on a single page. Metaphorically, space [               ] allows fresh insights and new solutions to emerge.

As anyone who has ever been lost knows, the best courses of action start with calmness and perspective; and only then bold moves. Bold moves are metaphors for technological solutions – like fire – useful or dangerous depending on the context. Think of calmness and perspective as the gold nuggets behavioral scientists prize. Simplistically, behavioral scientists are people who attempt to make an artful science out of observation, common sense and the human condition.

‘Three’ is “the power of self-organization.” Good thing we’re seeing more of that lately, if not so stunningly at COP15, then in many other places. Increasingly, individuals, cities and provinces move forward on climate change independently of national governments.

14,753,771 global citizens, as of this writing, have e-signed an Avaaz.org petition calling on world leaders to take binding action to avoid human-induced global two-degree temperature increases. Our province British Columbia has already instituted a Carbon Tax. We’re seeing the rise of incentives for bicycle transit in cities worldwide, including Vancouver.

Perhaps, as we forge ahead with self-organizing activities at all levels (‘three’) we’ll begin to see greater shifts at national and international levels towards curbing the root causes of climate change.

‘Two’ is “the goals of the system.” Here is where the mass local and global confusion sits at the moment. What are the real goals beyond primal survival of the fittest? There seems to be a vacuum here. If you like, take some space [               ] and look…