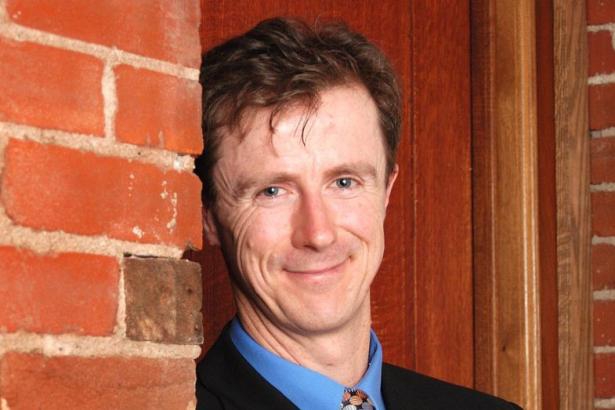 David Boyd arrived at my house having traveled with his bike on public transportation. This was not surprising given that Boyd is an environmental lawyer, professor, writer, and activist.  Senior Associate with the University of Victoria's POLIS Project on Ecological Governance,  Adjunct Professor with Simon Fraser University's graduate Resource and Environmental Management program and former Executive Director of the Sierra Legal Defence Fund, Boyd has argued environmental cases at all levels of court in Canada, including the Supreme Court of Canada.

He looks more like a Gulf Islander than a political advisor with three university positions. He’s marathon skinny with a brushy red mustache and rumpled brownish clothes. He brought a particularly large bike helmet and wore it all day, off and on the bike, like an absent-minded sustainability professor.

I first met David at a party about a decade ago and learned that he once rode his bike from Vancouver to New York City to avoid flying. He brainstormed into the night about wasteful packaging: dental floss, CD covers, goggle cases, on and on. Later, I bought his treatise on Canada’s environmental laws and appreciated the clarity with which it identified the legislative and structural problems of Canada’s environmental laws, and how those problems have created a chasm between Canadian citizens’ love of nature and the nation’s bottom-of-the-heap environmental record.

Because Boyd has analyzed environmental issues at every level, big and small, intellectual and practical, I recently found myself wanting to ask him about climate change. The issue seems to divide Canadians into two camps: those who believe it must be addressed quickly or the whole game will be lost, everything from forests to salmon; and those who believe climate change is being used to push poor decision making that further erodes public goods, from specific ecosystems to privatization of power generation.

“Addressing climate change as a discrete problem won’t get us anywhere,” he said in a voice as deep as river gravel.  “Climate change is just one facet of sustainability. If we don’t address the systems at the root of the problem, we won’t succeed.”

Sometimes I wonder if “sustainability” means anything anymore. It can seem more style than substance, a trade-down that evades grappling with the moral obligations presented by climate change.  I wanted to know how it became David’s lens for viewing the Earth’s problems and what it looks like on the ground. So I asked him to bike ride around Vancouver and answer some questions.

David uses Sweden as an exemplar in his writing and Stockholm presents some of the stiffest competition in Vancouver’s race for Greenest City by 2020, so we decided to use it as a benchmark for Vancouver’s progress.

Stockholm solutions and the impact of Vancouver's bike lanes

We coasted on our bicycles down the City Hall hill to our first stop under the south end of Cambie Bridge. It’s a green buffet: bike paths that connect downtown to the Sea Wall; the Olympic Village Canada Line station; wood boxes of one of Vancouver’s newest community gardens; and the world famous South False Creek Neighbourhood Energy Utility (NEU).

The NEU has five steam vents that look like the slightly raked smoke stacks of an elegant little ship. Concrete tubes with plexiglass windows give a view into the underground machinery that heats water using the warmth of sewage from downtown Vancouver. The heated water travels underground to the Olympic Village where it provides 60% of the Olympic Village’s energy.

David pointed out that these little neighbourhood-scale energy utilities actually play a big role in the City of Vancouver’s “Climate Leadership” goal. A whopping fifty-five percent of Vancouver’s carbon emissions come from heating buildings, mostly with natural gas.  By way of comparison, eighty percent of Stockholm’s heating needs are served by district heating and 80% of the fuel is from renewable or waste sources.