The Ancient Forests of Cortes Island: The Basil Creek Watershed

This video was shot in July 2012 with biologist and Wildstands Cortes forest advocate Sabina Leader-Mense, and Vancouver Island Wilderness Committee campaigner Torrance Coste. Sabina agreed to take us into the Basil Creek Watershed so we could see firsthand what her community is fighting for, and what's so special about Cortes Island's forests.

Be sure to check out the trailer for our new documentary about the coastal forestry movement and contribute to our Indiegogo campaign—we’ve got great “perks” for all of our Forest Guardians!

All photos by TJ Watt (except blockade photo by Daniel J. Pierce).

This series will explore four imperiled forests on Cortes Island owned by Island Timberlands and their parent company Brookfield Asset Management. In each video, you will meet different figures from Cortes who are leading this movement by every avenue available to them, from citizen science to civil disobedience. From each forest there emerges different conversations, creatures, peculiarities, ecologies, histories, politics, solutions, and functions within the community. 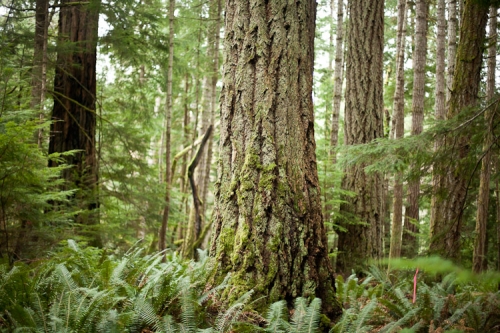 My first field trip to Cortes Island in January 2012 was a life-altering event. Meeting the people of Cortes—learning about their mammoth struggle with far-away investment firms that want to cash in on their forestlands—influenced the course of my life for years to come.

I returned to Cortes in late November after an IT representative left a cryptic message on the Cortes Island website that said they would "begin forest harvesting and related activities the week of November 26."

One thing I didn’t fully grasp in my previous excursions was the full extent of Island Timberlands’ land holdings on Cortes, because there were no identifying markers. But this time, as I drove along the main east-west road that connects the villages of Manson’s Landing and Whaletown, I could see that both sides were lined with Island Timberlands' Private Property signs. 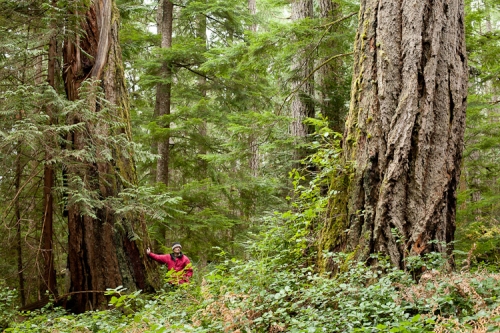 If Island Timberlands has its way, all this land will be logged over the course of the next 25 years, cutting a vast swath through the heart of the island. It will be another 50 years until there is a second-growth forest to speak of; another 100 years until there are mosses and lichens; and many thousands of years until the forest recovers the complexity that was lost from the soil and the ecosystem—not to mention all the big ancient trees. And it's a foregone conclusion that no forestry will be taking place on these lands for at least 75 years after it is harvested.

The first area that Island Timberlands plans to log is the Basil Creek Watershed. This area contains a rare grove of giant Douglas-fir and Western red cedar, with swamps, skunk cabbage, ferns, mosses, red-legged frogs, and countless other organisms that have narrowly avoided the axe and chainsaw for the past hundred years. And flowing from this area is the Basil Creek—prime spawning ground for Coho salmon and cutthroat trout.

Under public pressure, IT has agreed to leave all trees 250 years or older off the 2013 cutblock—“where safe and operationally feasible”—but biologist Sabina Leader-Mense has concerns that there is no permanency to this commitment. Others contend that leaving a few old veterans, while taking down the rest of the surrounding forest, will cause those older trees to blow down in the first storm. 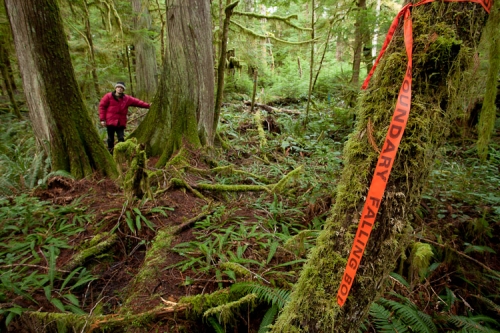 Regardless, the time for negotiating came to an end when Island Timberlands announced on November 25th that they would begin harvesting that week. It was a single person who spotted IT’s trucks and laid his body in the road to prevent them from entering the forest. A day later, 20 to 30 people were by the roadside, a fire had been lit, a tent had been erected, and coffee, tea, and snacks were being delivered on a steady rotation.

Island Timberlands representatives came to the site for the first two days, taking photos and video footage of the blockaders—presumably building a case for an injunction—and photographing the license plates of cars parked on the road. They told the activists that they were “causing a financial loss” to the company and would be “using the legal system that we have to follow through on that.” 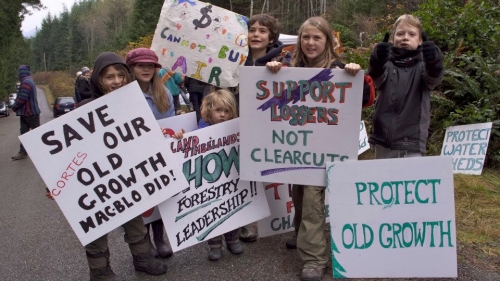 Since November, IT has not returned to the island, nor made any further attempts to log. The community has not yet been summoned to court, and they are once again in a state of limbo. They’re watching the ferries for the familiar white trucks that will signal the launch back into action mode. But until that time, they must play the waiting game—and continue fighting Island Timberlands on other fronts.

One such initiative has been to hit Island Timberlands where it hurts—in the market. Members of the community have targeted some of IT's customers, and have begun a letter-writing campaign to warn them of the controversial sources of their timber. The hope is that this may impact their bottom line enough to force them to change their methods.

But direct action alone cannot save the vast quantities of private managed forestland on the BC coast. Most of these lands are tucked away in remote mountain valleys, or on the tops of mountains, or on tiny islands that don’t have communities to speak for them. If these lands are to be protected and not just sold to the next logging company, they will ultimately have to be purchased. 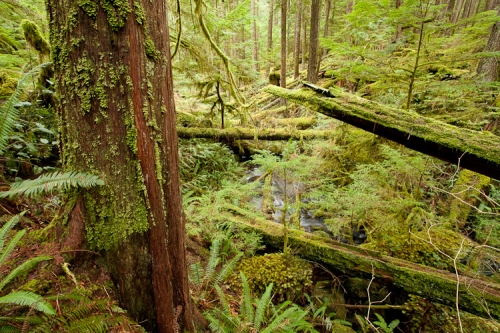 Next week, we will explore the Carrington Children’s Forest—and discuss covenants, land trusts, and the need for a park acquisition fund in BC.