Fevered: Why a hotter planet will hurt our health - and how we can save ourselves 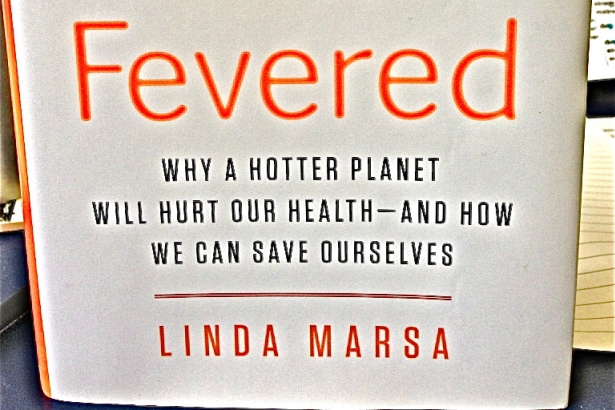 Detail from the cover of "Fevered."

Marsa’s book ruins the delusion for anyone who was hoping that climate change was going to be something that only affected people in third world countries far away. She points out that it took only 1oF (0.5oC) of climate change over a short period of time to cause the 1930s Dustbowl in the States that led to many people losing their livelihoods on the land, but also led to huge dust storms that were detrimental to all who had the misfortune of breathing that dust in.

This led to her story about one of the things I find truly terrifying about climate change and diseases: Valley fever. Valley fever has been getting some press in California recently as the cases of it are increasing. It’s a disease that you get from breathing in dust (seriously, that’s all it takes) and it’s on the rise. There’s no cure for it, there’s no effective treatment for it and it can lead to pneumonia, meningitis or a build up of fluid in the lungs. Like I said, it terrifies me.

The parts of the book that talked about the increases of diseases like Valley fever, Dengue fever, West Nile virus and malaria are pretty astonishing, even for a seasoned climate nerd like me. The link between climate change and the health impacts is something that generally gets overlooked because it’s not very sexy to be reporting on increased cases of weird fungi in weird places when you could be talking about the much cuter polar bears.

However, that doesn’t mean it’s going to be any less important or have less impact than the natural disasters part of climate change – they all link together.

Marsa covers the aftermath of Hurricane Katrina when the problem wasn’t that the hospitals were not prepared for the storm to come in, it was that they weren’t prepared to be stranded for such a long time and started running out of supplies. In the rebuild from Katrina it was encouraging to see the growth in decentralised community systems for health care. Resiliency is going to be one of the key survival factors for living in a changed climate and having centralised systems that can be paralysed by a single storm or disaster is not going to work for our health systems, for our electrical grid, or our infrastructure.

The book also covered my homeland of Australia and pointed out that over the last few years, Australia has become ‘punch drunk’ from the numbers and scale of disasters we have to keep recovering from. I have to say it was really weird to read about Australia in imperial measurements, and I wish American printers would put metric measurements in their books so the numbers make sense without having to do complicated math to translate them to the system the rest of the world uses.

However, the point about Australia still stands – one of the main impacts of climate change is not going to be the changes themselves, it’s going to be all of the changes happening all at once. Australia didn’t get to pick between drought, floods, heatwaves, tropical cyclones or devastating bushfires. They all happened one after another, to the point where by the time the Queensland floods occurred, the Federal Government had to impose a national flood levy to pay for the rebuild.

Fevered is a wide ranging and entertaining book that is well worth a read – it’s engaging (so not overly bogged down in the dry science of climate change) and also tells some stories that are less well known, like the impacts of famine after World War II and how the epigenetics affected Audrey Hepburn, or the gangsters who established Las Vegas and their adventures in trying to secure enough groundwater.

I would highly recommend it, and for those interested, the book is being launched at Banyen Books on West 4th Ave in Vancouver on Tuesday October 1st at 6.30pm. The launch is open to the public and Linda Marsa the author will be there. 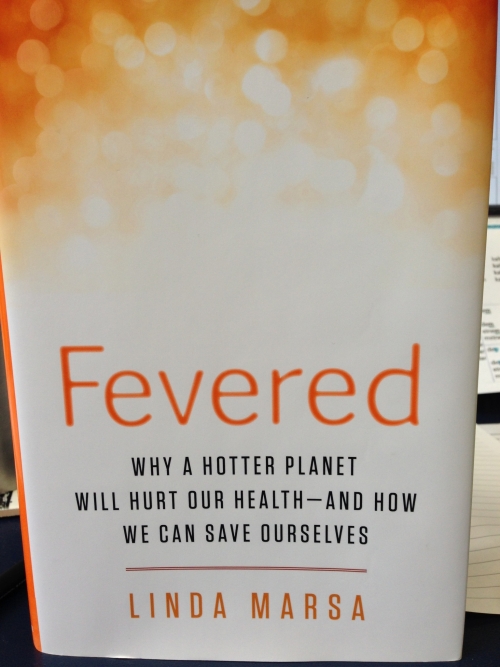