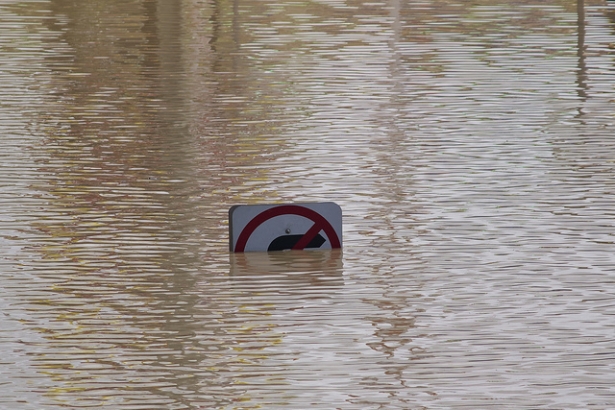 It’s a new year, and chances are some people made resolutions to be better with money. Save more, be more responsible, put some extra into that RSP, have better discipline with spending.

Something else we should all be thinking about for a Fiscally Responsible 2014 is our Carbon Budget.

Our what now? Our Carbon Budget. For the first time last year, the IPCC 5th Assessment Report reflected the research that has shown that intensity emission reductions or reductions of a percentage by a date don’t really matter. What really matter are cumulative emissions – the total amount of carbon in the atmosphere regardless of when you put it up there.

Because CO2 is so long lasting in our atmosphere (sticking around to warm our climate for up to 500 years) whether that carbon was burned as coal to power trains 150 years ago or burned as jet fuel to power planes this week, it’s all still currently contributing to warming our climate.

Following that logic, this means there’s a finite amount of carbon that we can burn before our atmosphere is cooked that has a linear relationship to the total amount of carbon we’ve put in the atmosphere since the beginning of the Industrial Revolution. It also means that all the talk of reducing emissions by a certain percentage of an ever-shifting baseline year doesn’t make a lot of sense. It’s the climate equivalent of saying that you’re going to reduce the number of cigarettes you smoke by 40% from the number you smoked last weekend, but it doesn’t count during the week.

So what is our carbon budget? The number varies depending on how risk adverse you are. If we want to have a 75% chance of staying below 2oC which is the international target set beyond which climate change is dangerous (and large parts of humanity are unlikely to survive) our budget is 1,000 Gigatonnes of carbon (GtC). To give you an idea of what kind of budget that is, as of 2011 we’ve burnt 515Gt of that carbon and if we continue with business as usual, we will easily head for 4oC of warming and totally blow our budget.

If we only have 485GtC left that we can burn and put into the atmosphere without totally cooking all life on the planet, how are we going to kick this carbon habit?

This is the key challenge we are going to face over the next few decades. The World Resources Institute laid it out really well in handy chart format recently. If we keep burning carbon in the wasteful way we currently do, our budget will be gone by 2045, at which point we either stop burning carbon totally which is impossible without global systems grinding to a halt, or we start to see the serious consequences of an overheated planet. And if you think the gale force winds in the UK, the polar vortex in the US and the crippling heatwave in Australia were ‘extreme’ weather last Christmas, just wait till we hit 2oC.

So now we have a budget and a timeline. We cannot burn more than 485GtC and we have to kick our carbon habit by 2045.

Given that we need some carbon-based products and that agriculture has some unavoidable methane emissions, we should probably leave some wriggle room in that budget as well to make sure we don’t blow it.

If we factor in that humans are prone to procrastination and have so far failed to provide any serious emission reductions, I think we should aim to stop burning carbon in the next 20-25 years. But that’s my judgment call and I’m the kind of person who hands things in on time.

But the crux of the issue is this: carbon budgets should be part of all decision-making processes. The deadline for no longer burning carbon should be built into the choices we make.

If we don’t start considering our carbon budget we’re going to waste years and money investing in projects we can no longer use. It would be like investing in your horse and cart manufacturing industry when economic trends clearly say the car will take over.

How we make this transition and the new energies we choose to replace fossil fuels will be different for each geographic location. But the important part is it’s going to happen, and it’s going to be faster than anyone currently imagines.