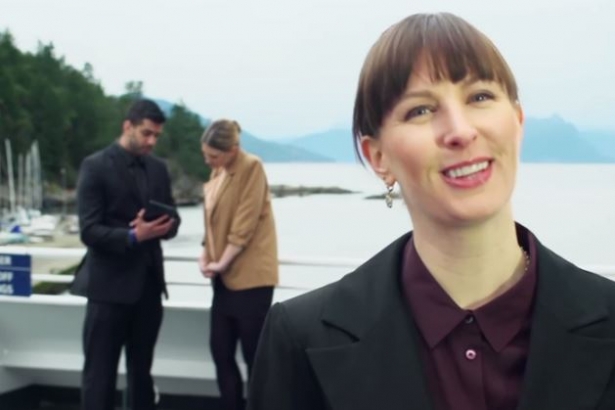 Last week, a new ad promoting oil pipelines appeared ahead of my favourite new song on YouTube. It featured a pair of actors having a simulated ‘real-life’ conversation about the paradox between protecting the environment and future economic growth. After the female actor asks, “But can’t we have both?” the man responds, “but if we let pipelines and tankers into our environment, what safeguards to we have?”

A third, smiling actor steps onto the scene, and says in a reassuring voice: “Let’s look at the facts.” She proceeds to set the environment-versus-economy debate to rest with a series of stats about double-hulled tankers and the "99.9 per cent safety record" of pipelines.

The ad is part of a campaign by British Columbians for International Prosperity, a new concerned citizen’s group that calls itself “an independent group of concerned citizens looking to promote practical resource development, international trade expansion, manufacturing development, and other initiatives bringing prosperity to British Columbia, Canada, and our Global partners”.

But a closer look reveals the group's deep connections to the oil sands industry, according to research that ran in today's Globe and Mail.

A domain search for the website registered on December 20, 2012, shows that the website is registered to Bruce Lounds of “West Coasters for International Prosperity Association”.

Lounds is a management consultant based in Vancouver. He works at Connex Solutions, Inc.

His role at Connex solutions, where he has been since 1998, is “Management Consulting in Heavy Oil / Tar Sands Sector”.