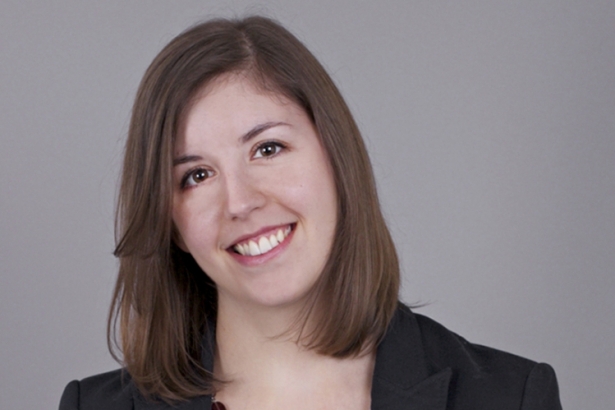 Dr. Katie Gibbs, executive director of the new organization called Evidence for Democracy, believes that it's not the job of science to determine whether government policies are good or bad, but public policy should be based on evidence regarding the pros and cons and citizens should have access to this information.

Dr. Katie Gibbs has seen her colleagues at the University of Ottawa biology department realize that if anybody in Canada can stand up to the attacks on science, it's the scientists themselves.

Last spring, as Dr. Gibbs finished up her PhD in conservation biology, the federal government passed Bill C-38, the omnibus legislation that weakened environmental laws such as the Fisheries Act. It also announced that it would cut funding to the Experimental Lakes Area, Canada’s huge contribution to world research on freshwater ecosystems.

These developments awoke the biology department to the need to speak up. They approached Dr. Gibbs, who they knew had attended some protests, and asked if she could help them organize something to bring attention to the devaluation of science by the federal government.

“I watched as the professors realized that they are the ones that have to stand up for science,” Dr. Gibbs said, “that they can’t expect someone else to make the case as to why it is important.”

At the behest of her colleagues, Dr. Gibbs helped organize the Death of Evidence protest in Ottawa, July 2012. Thousands of scientists and their supporters chanted, “No science, no evidence, no truth, no democracy,” as they carried a symbolic coffin to the steps of Parliament Hill.

The success of that protest led to formation of a non profit organization called Evidence for Democracy.  Dr. Gibbs serves as the Executive Director for the group which advocates for the transparent use of evidence in government decision making and public policy development. Although Harper’s science policies catalyzed the new group, its principles are apolitical.

“Government policies affect every aspect of our daily lives,” Dr. Gibbs said. “Using the available evidence assures that we get policies that actually do what they are supposed to do. It’s a better use of tax dollars than just picking what seems to be a good idea at the time.”

Why democracies rely on science

According to Dr. Gibbs, science is absolutely crucial to the major decisions Canada faces regarding resource extraction.

“No one can say what is right and wrong,” Dr. Gibbs said. “That is not a question that science can answer. But good policy requires balancing pros and cons so you have to know what the cons are.”

The problem with the Harper government’s cuts to science research (and the notorious “muzzling of scientists”) is that it can keep citizens from knowing the cons.

“Informed decisions are a fundamental part of democracy,” said Dr. Gibbs. “We need information when we make our minds up about issues and when we elect people.”

Evidence for Democracy has plans to build a network of experts who will provide information about their research and how it is being used (or not) in forming government policies. An on-line reporting form will simplify information sharing and create data to follow changes in evidence based decision making over time. “We say that [evidence based decision making] has been particularly bad under this government,” Dr. Gibbs said, “but we don’t have a baseline to compare it against. We need that.”

Evidence for Democracy plans to help scientists to inform the public about matters of particular impact. It can field media calls, write press releases and create effective talking points. When big issues call for more creative action, Evidence for Democracy will help create advocacy campaigns such as petitions and rallies.

Dr. Gibbs sees Evidence for Democracy as in important bridge between scientists and the general public.

Dan Mangan slams Bill C-38: "This is our budget, not theirs"