UBC student Angela Boag says climate change impacts her life and future in numerous ways: from the ecosystems she studies, to the devastation of the Philippines, to Canada's democracy, to the coast mountains she skis in. "In thirty years, we might not be able to ski outside of Vancouver," she said.

On the UBC campus, students are spreading the news about the importance of the November 16 "Defend Our Climate, Defend Our Communities" rally which is to take place at Science World at 2pm. The rally is part of a national day of action on climate change. According to Nicholas Curry, communications director for UBC 350.org, climate change is a big issue for students at UBC. “It’s the issue that will define our generation,” he said. “It’s important to create events that everyone who cares will come to because its the best way to show that this issue really matters to people.” 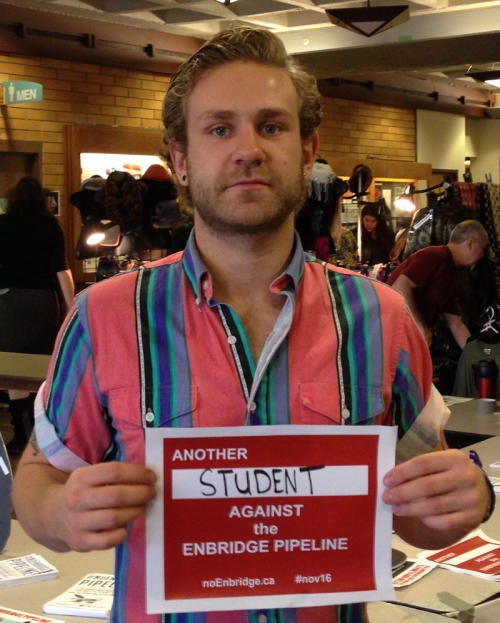 Climate change is the issue of my generation and it’s hard to find people my age who aren’t talking about it. But what motivates me is when people who are a lot older than me show up for rallies and demonstrate their support.

The rally will be a really fun family event with live music, a kids’ zone and face painting. I hope everyone who cares shows up so that we send a message to the government that we aren’t happy with their plans for this pipeline. 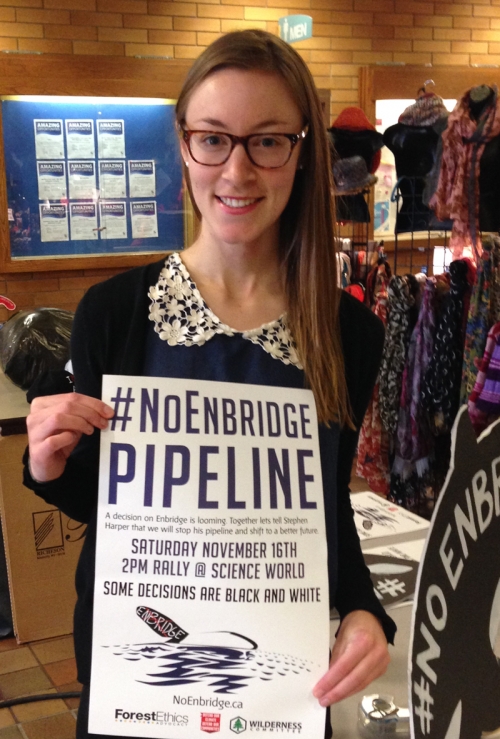 People need to talk more about the fact that business leaders and politicians in Canada are ignoring their responsibility to reduce the extraction and use of fossil fuel in favour of corporate profits.... Citizens want action on climate change and are being stopped by the politicians and the corporations that elected them. 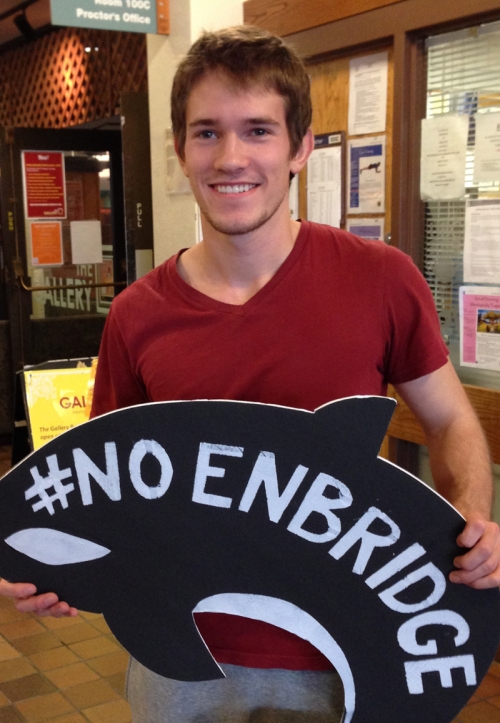 In my household, my parents’ opinions have changed very quickly so I am hopeful that the broad change can happen fast. I hope to see thousands of British Columbians come together on this issue on Saturday and for people to realize that climate change really is a mainstream issue that affects all British Columbians and all Canadians.

Ben West of Forest Ethics on the Organizer of Defend our Coast,       Defend Our Communities Rally

Ben West of Forest Ethics sees the anti-Enbridge pipeline rally as coming at a critical moment: the National Energy Board will hand down its decision on the Northern Gateway Pipeline within a few weeks and Premier Christy Clark has recently suggested that the pipeline will meet less resistance in B.C. than promised during her campaign.

“It used to be that a lot of people felt like there was no way that the Enbridge pipeline was going to be built,” he said, “but now it’s back in the realm of potential reality. This is the time to show that this movement is still growing, that there’s a tremendous amount of opposition and that we just aren’t’ going to let the Northern Gateway pipeline be built.”

West noted that the Enbridge pipeline has become emblematic of many issues, including indigenous rights and making good on promises to heal past wounds, climate change, tar sands expansion and putting the needs of people over those of big corporations. “Showing that pipelines can be defeated by citizen movements is critical to a broader conversation that Canada needs to have,” West said.

More from the studens at UBC