Unfurling the nuclear mystery after Fukushima 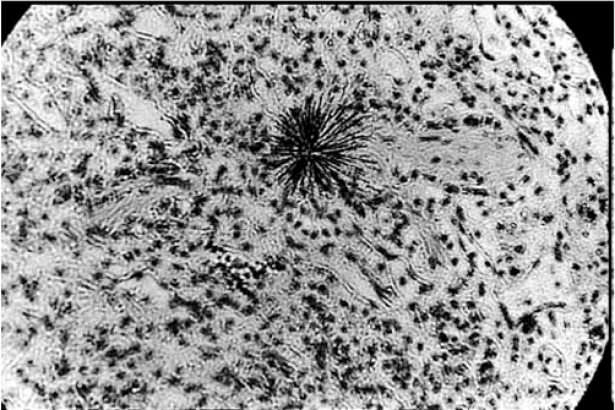 Image of plutonium in the lung from CCNR.org

I arrived at Simon Fraser University's downtown campus early morning of March 11, 2012 for the “Fukushima Nuclear Disaster: One Year Later” conference.  Conferees were greeted with a welcome from Fukushima Medical University, a First Nations blessing from Audrey Rivers, and an introduction to the day from SFU professor Tim Takaro.

Dr. Takaro and I first worked together when I was president of Physicians for Social Responsibility in the United States, and together we had organized this conference, along with a few other doctors and others worried about exposing humans to nuclear energy.

The first disruptive talk for me came from Queen’s University speaker, Dr. Cathy Vakil. She projected a hugely enlarged microscopic image of plutonium (a powerful radiation emitter) lodged in a lung. I was sitting next to anti-nuke hero Dr. Mary-Wynne Ashford, and we whispered about how this toxic image disconcertingly resembled conception, with life-giving sperm vying for an egg’s receptivity.

Dr. Vakil also showed data from the strontium-in-baby-tooth collection of Ursula Franklin and Physicians for Social Responsibility, and explained how these powerful data finally compelled President  Kennedy (just three months before his assassination) to sign the Partial Test Ban Treaty  prohibiting all but underground nuclear testing.

Dr. Vakil spoke of her horror that the US military now routinely coats bullets and tanks with depleted uranium, performing unconscionable biological warfare, and showed the estimates of 200,000–985,000 excess deaths from the Chernobyl disaster. She also told of radioisotopes in the breast milk of women in Tokyo following the Fukushima meltdown. These data were crushing to contemplate.

I thought about the horror I felt during my years of breastfeeding, knowing I was transferring the dioxins stored in my fat to my son.  Dioxins that came from bleaching of paper and casual incineration of plastics; dioxins that are still being created around the world, getting bioconcentrated in typical North American foods at rates the US Environmental Protection Agency says exceeds the safe daily intake; dioxins I could avoid only by being as vegan as I could muster; dioxins that I knew would otherwise put me and my son at higher risk for cancer and endocrine and immune disruption.

Canadians are often described as very polite, but Dr. Vakil said that morning that Canadians are more usefully described as “breathtakingly complacent” and that they need to be spurred to outrage.  Being an American, I was already feeling pretty outraged.

Even so, as I had dinner that night with Dr. Vakil and some of the other participants, I wondered how we could eat fish and discuss Caribbean sailing after hearing these horrors that spurred me not only to outrage, but soon, to act.

What about the salmon?

Fairewinds’ Arnold Gundersen was the next speaker, explaining via Skype how “there is no such thing as a safe nuclear power shutdown.”

He told us that while most of the heat goes away when fission stops, the uranium products left after fission has occurred remain radioactive, so some heat continues “and a meltdown is inevitable”—a meltdown that, in the case of Fukushima’s vulnerable power plants, he said, was potentially equivalent to 10 nuclear reactor cores.

Gundersen took us through the chain of events in the Fukushima meltdown: complete power loss except batteries, then complete loss of cooling water, the beginning of fuel failures, the release of noble gases, the failure of batteries, the ignition of fuel by zirconium cladding and water, and the build-up of hydrogen gas.