The value of radicals 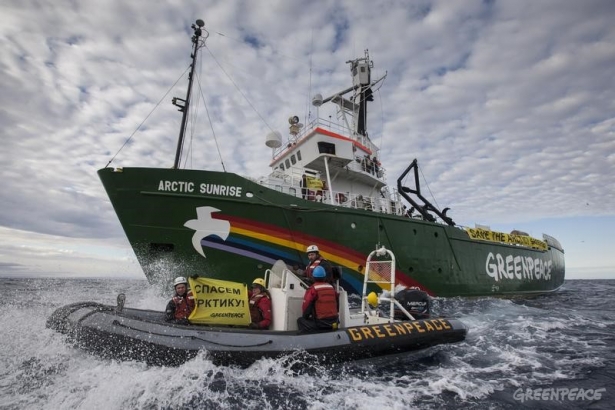 Often these days, I hear people calling for reason, for rationality. If only we could all just sit down at the table sensibly together, then we could sort it all out like adults.

These people are often talking about environmentalism. If only those radicals would just stop chaining themselves to the gates of the White House, we could all sit down and talk about the pros and cons of the Keystone XL pipeline and come to a rational decision.

We shouldn’t rush to judge; we should be more considered. They’re nice people doing their jobs if only we could see that and empathise. And yes, sometimes this works. Sometimes it is time to sit down at the table and calmly talk things through, but I don’t think we should discount the value in radicalism.

Radical actions are what shift the conversation. They create the space in the middle for both the defenders of the status-quo and the reformers to create change. Without them, we would be forever stuck in the middle going back and forth and back and forth simply treading water.

On an issue like climate change, the stakes cannot be any higher. We either stop burning fossil fuels leaving about 80% of them in the ground, or we exhaust a finite resource while cooking the atmosphere in the process. Cooking the planet is not an option, but the inertia and political spinelessness on climate change that has dominated the conversation for decades may inadvertently bring about this outcome.

Fossil fuel advocates and the climate denier industry are playing from the ‘tobacco doesn’t cause cancer’ handbook. They know they’re on the wrong side of history, but they also know that if they just manage to delay another year, and another year and another year that they’ll get to keep raking in the profits, and later can shrug with plausible deniability and say ‘oh, but we didn’t know!’ It’s one of the oldest tricks in the book.

It’s why people are increasingly taking radical actions to try and change the conversation away from the defenders of the status-quo that profit so highly from keeping everything exactly the same.

I am not a radical environmentalist – I’m not willing to be arrested defending the climate, but I have the utmost respect for people who are willing to put themselves in harm’s way to try and shift the conversation. It takes incredible guts to get on a Greenpeace boat in the Arctic and be willing to be arrested by the Russian coast guard, and face years in prison because the Russians are angry someone pointed out the insanity of Arctic drilling.

It takes amazing tenacity and some serious creativity to bid at an auction to prevent land being drilled for oil and gas as Tim DeChristopher did, or create a fake press release stating that ANZ Bank in Australia was divesting from coal as Australian Jonathan Moylan did.

Even closer to home, it takes some steely nerves to camp out on a rail line to prevent coal exports in White Rock.

When professors, scientists, and even investment managers are either getting themselves arrested defending the climate, or are urging people to do so, you know the conversation is changing.

No one ever won social change by sitting down nicely and asking the people with the power to share more please, but through the radical actions of brave people who are willing to risk so much for the future of our climate, the conversation can and will change.