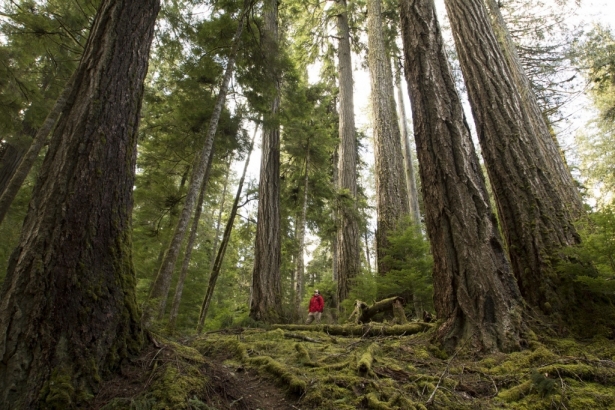 A few months ago I was visiting family and friends in the south Cowichan Valley on Vancouver Island. Someone suggested a hike, and then we argued, as we always do, about where to go.

“Mt. Baldy has the best view.”

“If we do the quarry, the dogs can swim.”

“How about Mt. Prevost?” someone suggested. “Too many mountain bikers,” the rest of us replied.

I suggested the Koksilah River Grove, and we had a winner. Located behind Shawnigan Lake, the Koksilah Grove is one of the best stands of old-growth Douglas-fir left anywhere, and is relatively accessible. Surprisingly, a few of the guys had never been there, so we packed up and headed out.

Along the way, we chatted and joked around, but when the trail turned and we walked between the first of the giants, the mood instantly changed. All conversation stopped, and everyone wandered around, staring upwards, feeling the awe that only an old-growth forest can inspire. I even caught a couple of them with their mouths wide open.

Watching my friends, I was reminded of famous world wonders that I’ve been lucky enough to see, like Machu Picchu or Niagara Falls. And that struck me as weird, because these weren’t tourists I was with – they weren’t visitors from faraway, less-forested places – they were all locals who grew up in the coastal temperate rainforest. 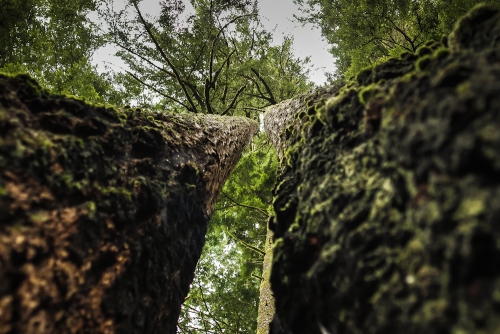 For me, this highlighted the state of forest management here on Vancouver Island. Ancient forests once covered almost the entire Island, but now a small stand of old-growth was as foreign and unfamiliar to some of my friends as the Eiffel Tower, Mount Everest, or the Pyramids of Giza.

Island-wide, over 90 per cent of the low-elevation forests – which contain the biggest trees and the most biomass – have been logged. Some ecosystems have been hit even harder. Old-growth in the Coastal Douglas-fir (CDF) zone has been reduced to just one per cent of its former range. On crown land, the area of remaining old-growth Douglas-fir is smaller than Vancouver’s Stanley Park.

The situation in the CDF zone is so dire that the Wilderness Committee has a challenge before the Supreme Court against the Province of BC. Partnered with ForestEthics Solutions and represented by Ecojustice, we’re asserting that by not implementing a conservation plan for remaining old-growth within the CDF zone, the Ministry of Environment is violating its own laws pertaining to endangered ecosystems. The hearing is currently postponed. 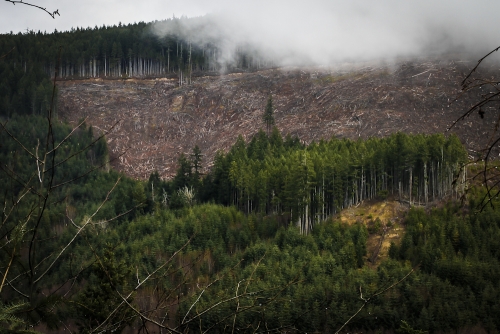 While the utter failures of forest management are perhaps most obvious in the CDF zone, they are by no means limited to this ecosystem. All of Vancouver Island’s forests have been reduced to tiny fractions of their former range; true high quality old-growth exists only in small, fragmented pockets. With the exception of Clayoquot Sound, there are hardly any intact valleys (watersheds in which no industrial logging has ever taken place) left on the Island.

Yet we continue to log in the last few stands of old-growth. Claims from industry and government about responsible forest stewardship have created the perception that old-growth logging is a thing of the past, but nothing could be further from the truth.

On a visit to the legendary Walbran Valley earlier this year, I discovered new clearcuts in an old-growth stand on crown land, near the unprotected Castle Grove. This area features some of the largest red cedar trees anywhere on the coast, surrounded now by fields of three-metre wide stumps.

On private land, which comprises about a third of Vancouver Island, things are even worse. Island Timberlands, one of the industrial logging giants operating here, has been in news headlines throughout the fall over its contentious plans to clearcut on the edge of Cathedral Grove (MacMillan Provincial Park), one of the Island’s most beloved and well-known old-growth forests. The company has also clearcut or has plans to clearcut in old-growth on Cortes Island, McLaughlin Ridge, Labour Day Lake, and several other areas.