BC Election: BC's most valuable resources on the line 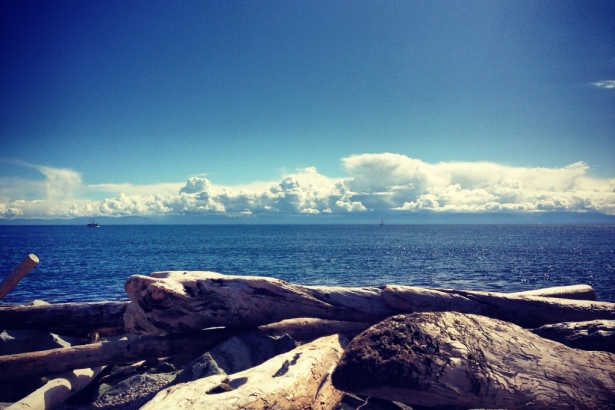 This is my personal opinion. I am not writing on behalf of any of the charities I am associated with.

A lot can change in politics over a four-year term, as British Columbians know all too well. Thankfully, the one thing citizens can count on is smart policy staying at the top of the political agenda.

I’m talking in particular about the provincial carbon tax, a measure introduced in 2008 by Gordon Campbell’s Liberals, aimed at reducing the use of fossil fuels and greenhouse gas emissions.

During the 2009 provincial election campaign it was the New Democrats - under then-leader Carole James – that campaigned to “axe the tax.” Ms. James lost that election and Mr. Campbell was later praised nationally and internationally for his government’s carbon tax and clean energy mandate.

The narrative has changed for B.C.’s two main political parties leading into Tuesday’s election. Today, the NDP – which is leading in the polls - has the most progressive clean energy platform, while the Liberals are taking a step back, or at the very least standing still.

As the Pembina Institute pointed out in a recent report, the NDP is taking the “most significant steps forward” with its opposition to both the Enbridge Northern Gateway pipeline and expansion of the Kinder Morgan Trans Mountain pipeline, as well as a commitment to broaden the carbon tax. The NDP have committed to investing $120 million over three years towards climate change solutions.

Christy Clark’s Liberals, on the other hand, are promising to freeze the carbon tax for five years and have said they are open to pipeline expansions under certain conditions.

“The B.C. NDP’s commitment to broaden the carbon tax is an important step in making the carbon tax more fair and effective. This policy would close a significant loophole that currently gives the oil and gas sector a free pass on $100 million of the carbon tax they should be paying,” Pembina’s climate change program director Matt Horne said in a statement.  “In promising to freeze the carbon tax rate for five years, the B.C. Liberals are ignoring evidence that the policy is working for British Columbians.”

Which begs the question: Why are the Liberals stalling their climate change agenda under Ms. Clark? The problem, it seems, is that Clark is trying to make too many people happy in this election campaign, at the cost of principle.

Mr. Campbell may have stepped down in 2010 as a result of the HST uprising, but one of Canada’s longest-serving premiers won the last B.C. election because he stood on his principles. He stuck his neck out on the carbon tax, introducing a 2.4-cents-a-litre tax on gasoline in 2010, based on a $10-per-tonne tax on greenhouse gas emissions, which rose to 7.25 cents by 2012.

Of course nobody likes to pay more for anything, but most people in B.C. understand that a few more cents at the pump is a small price to pay for helping to reduce the impact of harmful, toxic emissions over the long-term.

When it comes to the controversial topic of pipeline expansions, Mr. Dix has been criticized for changing his position on the Trans Mountain pipeline expansion during the campaign - to oppose it. However, another way to look at it is that he took at stand when it mattered most – in the heat of an election campaign. Ms. Clark, on the other hand, is sticking to her “five conditions” on pipeline expansions, which is a wishy-washy response to an issue that requires firm leadership. Whether you agree with it or not, Mr. Dix’s position takes a lot more guts.

Mr. Dix seems to better understand the threat that further pipeline expansions will have on people in B.C.: from the increased tanker traffic to the devastating impact of potential oil spills on the environment as well as homes, businesses and communities across the province.

Mr. Dix also appears to have a longer-term view of the impacts of climate change, by helping British Columbians realize that by expanding the carbon tax we are taking measures now to stop global warming from worsening in the future.

When you cast your ballot on Tuesday, think about the big picture. Ask yourself: Which of B.C.’s two main parties with the potential to take power has the principles – and the backbone - to represent B.C.’s environmental interests not just at home, but across Canada and internationally.

What’s more, which party do you trust to help protect B.C.’s most valuable resources – the land, air and water around which we have built our communities and way of life?

That’s the party you should vote for.


This is my personal opinion. I am not writing on behalf of any of the charities I am associated with.