Why does logging trump tourism in the Discovery Islands and Desolation Sound? 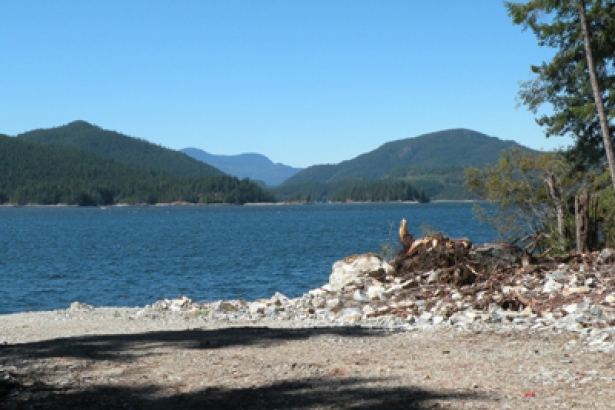 B.C. Timber Sales built a new log dump and road across from the Octopus Islands/Waiatt Bay Marine Park in one of the only three channels from which no active or recent logging can be seen from the water

According to the Discovery Islands Marine Tourism Group, tourists generate over $45 million each year and employ 1,200 people in the Discovery Islands alone. Add to this the business brought in by up to 250 yachts that anchor each night in Prideaux Haven, and all the other yachts anchored in other bays, and you get the economic activity that enables hundreds of rural families to live where they do.

Those families count their blessings to live in place abundant with the wonders of nature yet well within reach of major population centers like Vancouver and Seattle. In fact, the economic benefits of tourism in the area might far outpace the economic benefits of forestry, the historic economic mainstay. But there’s a lot of logging on public lands at highly visible locations in this magnetic summer playground, and more planned for the fall. 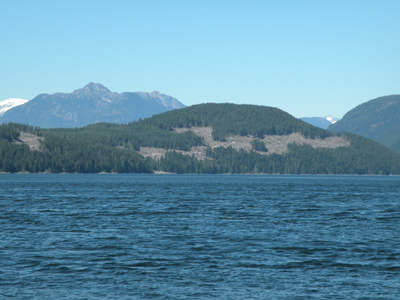 Jack Springer of Campbell River Whale Watching has a primarily European clientele who can't understand why so many trees are being cut.

“It’s very difficult to explain to them what is going on here,” he said. “They love our wildlife and scenery, but shake their heads at the way our forests are being harvested.” Springer is among the tourism operators and associated businesses that are asking, why does logging still trump tourism in the Discovery Islands and Desolation Sound?

At Hole in the Wall, tides push massive amounts of water through a narrow channel at speeds up to 11 knots. The force leaves gaping holes at the center of brilliant blue green whirlpools. It’s a thrilling ride for experienced kayakers and boaters, one that draws customers from around the world to the many kayak outfitters and charter vessels in the area.

But logging by TimberWest on Sonora Island threatens to bring clear cut scars close to the water’s edge. Close by, on the west side of Maurelle Island at a site directly opposite the Octopus Islands Marine Park, B.C. Timber Sales has punched through a road and placed a log dump. Logging will commence in the fall. 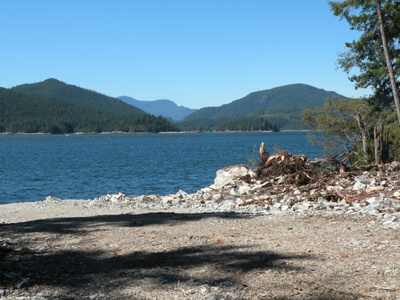 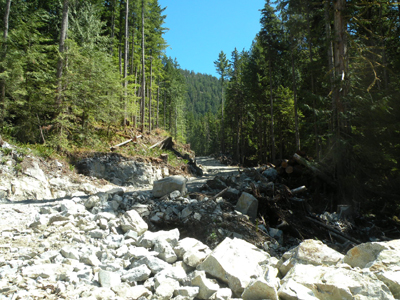 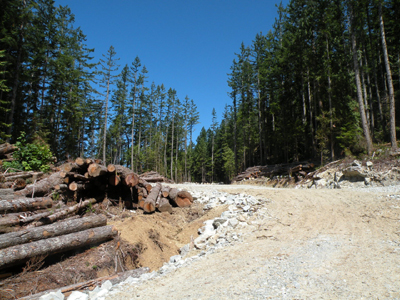 Over a year and a half ago, tourism business owners asked for a moratorium on three channels which still have a forested view from the water. Since that time, B.C. Timber Sales built a log dump and road and tendered a logging contract on the Lower Okisollo Channel across from the Octopus Islands Marine Park.