Why Stand Up For Science? 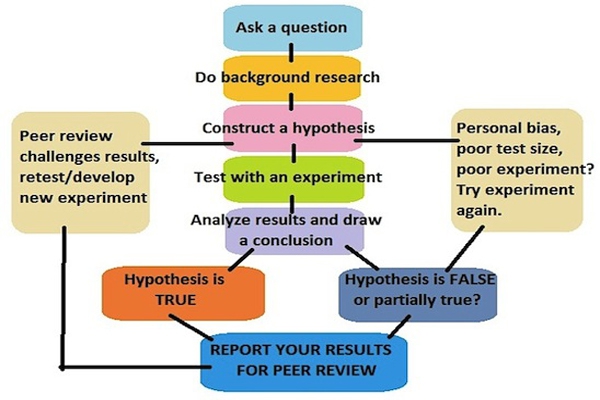 Scientists invite their supporters to "Stand up for science" at a rally September 16 at the Vancouver Art Gallery from 11 to 1. What does Harper have against basic science research? That it can objectively track the physical impacts of industry?

Scientists and supporters are gathering on Monday, September 16  from 11 to 1 at the Vancouver Art Gallery for a “Stand Up for Science” rally. Sister rallies will take place in Montreal, Toronto, Ottawa, Edmonton, Yellowknife, Fredericton and Halifax. The rallies are sponsored by Evidence for Democracy, an organization formed in response to the Harper government’s curtailment of funding for basic science and the ability of government scientists to publicly discuss their research. It is also concerned that the federal government has increased funding for applied science at the expense of basic research.

Evidence for Democracy takes the position that the best policies are guided by strong evidence and the Harper government does public harm in diminishing both the government’s and the public’s access to facts. It believes that the best available scientific knowledge should inform decisions that affect the health and prosperity of Canadians.

But does basic research and public knowledge of science really matter? A lot of people hated science in school and don’t particularly want access to a bunch of boring reports. It doesn’t help that historically some scientists have made self-serving factual claims, like higher education for women interferes with ovarian development.

But even if scientists can’t detect their own biases, the scientific method holds them accountable for their factual claims. Scientists propose hypotheses to explain phenomena and design experiments to test the hypothesis. If the outcomes stand up to peer review and repetition by other scientists, they join other facts as generally accepted knowledge about how the world functions.

We do not automatically perceive the world as it really is, and we are especially prone to self-serving biases. These biases are advantageous for some people in the short run by definition, but they are often harmful to other people and even to everyone in the long run. Agreeing to establish, protect and abide by a body of factual information therefore has a moral quality similar to the norms of a religion or a democratic government. It’s not always easy, especially when one’s own interests appear to be at stake, but facts never lead to actions all by themselves. They can only inform a system of values. I would rather live in a society based on good facts interpreted by a good value system than in any other kind of society.

The Harper government’s apparent hostility to basic science research seems a case in point: close ties to the oil industry create a bias for short term benefits for that industry that runs counter to “good facts” about how exploitation of the oil sands will impact everyone in the long run. Without facts, Canada can pretend to have good values while being guided by those who seek short term benefits. It’s likely to result in choices that the public doesn't fully understand with long term consequences it probably doesn't want.

In the words of Quirks and Quarks’ Bob MacDonald, “We could blindly go down short-sighted technological pathways that could lead to dire consequences in the long term.” In his view, the Harper government’s support of applied science funding needs to be balanced by basic science funding:

[T] he government is turning its back on basic science in favour of more applied science that partners with industry to do things, such as find fossil fuels, dig them out of the ground and transport them to foreign markets. But they are ignoring the basic science that tracks the environmental impacts of that industry.

If the “good facts” are on the side of the oil industry, why would the Harper government want to minimize their availability?

Alexandra Morton, wild salmon advocate and stalwart veteran of the battle for good science, wrote on the rally’s facebook page, “I think it needs to be said that there is no being there "in spirit." Our species is in deep trouble, we have the tools to try to head off a very nasty future, but they are not being used....the dress-rehearsals are over.”

From The Plague, by Albert Camus:

“What on earth prompted you to take a hand in this?"
"I don't know. My… my code of morals, perhaps."
"Your code of morals. What code, if I may ask?"
"Comprehension.”