A new Fiat ad has stirred up controversy as one of the most offensive car ads in recent history.

The Italian car company's new ad by Leo Burnett Argentina is for the Fiat Palio supermini. A gorgeous woman tells her husband that she knows he likes her "natural" breasts and all, but tells him she's decided to get a boob job anyway.

The man's secret elation over her announcement is conveyed by an image of him falling in between a pair of mammoth-sized breasts that seem to swallow him whole. Tearful with joy but wanting to be politically correct, the man quietly tells his wife, "Alright, if that's what you want..." But viewers can tell by his face he's over the moon just thinking about his wife's new silicone-enhanced jugs.

Oh wait, what does this have to do with cars again? Well, since this guy's about to experience the best few years of his life, he might as well buy a nice new car that will be part of that journey -- or something.

The viewer doesn't learn anything useful about the Fiat Palio supermini, but that's almost beside the point. The Fiat car is tacked on like a blurry afterthought near the end of the commercial.

What it boils down to is that Fiat is offering the perfect car for a presumably perfect sex life. Substitute that "car" for anything from "cigars" or "jeans" to "laptop", and it still could probably work as an ad. Aside from the odd items such as Febreeze and security alarm systems, is there nothing a pair of breasts can't sell?

Take the online game Evony for example, from a few years back. It started off being a fairly straight-forward strategy and civilization game in the ads: 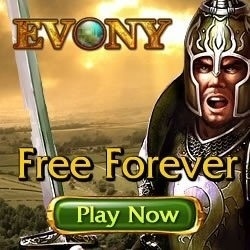 But then somewhere down the line, marketers wisened up to the fact that a bit of subtle sex appeal (cleavage) couldn't hurt: 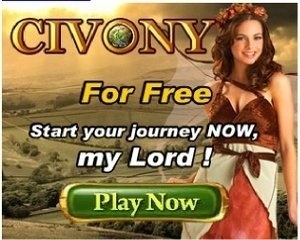 Then the boobs just take centre stage. Things pretty much devolved from here on, to the point that viewers couldn't be blamed for thinking that Evony was an adult chat site: 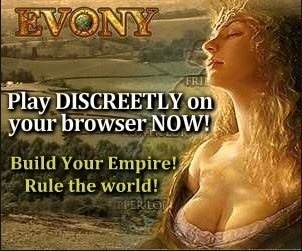 Above: the last semi-respectable Evony ad.

But getting back to that Fiat ad, some believe the television spot is offensive to women (for too many reasons to state here), and to men, for suggesting that guys who claim to like "natural" boobs are two-faced liars. Others think it's a brilliant ad that achieves the goal of getting attention with brutal efficiency. If that whole "sex sells" argument is so compelling, it makes one wonder why Apple even bothered hiring Justin Long for its Mac commercials when a busty spokeswoman could have gotten the same job done for less.

What do you think? Tell us in the comments.