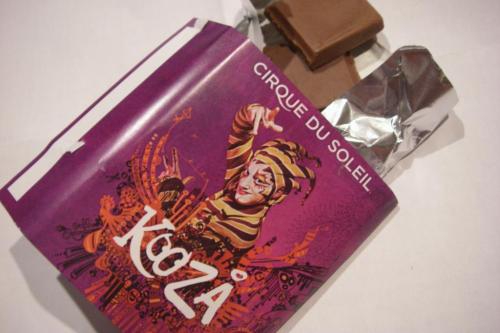 There are a number of great shows in town this summer and Cirque du Soleil's KOOZA is definitely one of them.

Cirque du Soleil opened its tents on Wednesday with KOOZA which is a back to basics traditional circus show that follows The Innocent; a loner searching for his place in the world.

The Innocent encounters characters like The Trickster, the King, the Pickpocket and a host of others.

With high wire acts, contortionists, clowns, trapeze artists, unicycles, high wire acts, the insanely visual wheel of death, and a host of other indescribably intriguing performances, KOOZA will take your breath away.

This show doesn't have the usual gimmicks and props; just pure old fashioned circus at its finest.

Standing in the reception area a local film critic and event reviewer expressed his thoughts about the show. “I don't usually like clowns, but these guys are funny.”
The woman next to him loved the purity of the show in its return to the basics.

The tent was filled to capacity with parents and their children but I think the people who were having the most fun were the two young men sitting next to us. They laughed hysterically at the clowns and the big dog, whispered quietly when the contortionists performed, cheered raucously when the two men spun around on the wheel of death, and just about fell out of their seats when one guy on the tight rope leaped over the guy on the bike in front of him, slipped, fell, and dangled from the wire.

The crowd participated from start to finish, and the buzz afterwards was electric. It was a great show and the performances were outstanding. It was good to see something so pure and simple hold its own in the age of special effects.

For tickets go to tickets