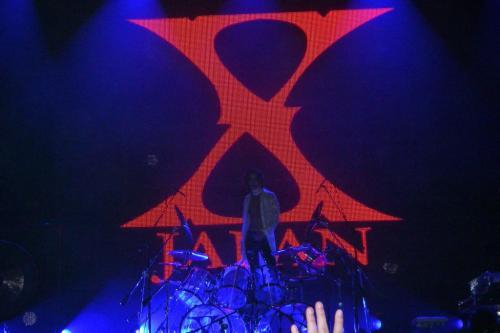 If you looked in the dictionary under “super-cool” you'd find a picture of X Japan.

From the moment we set foot inside the Queen Elizabeth Theatre the place was buzzing. Everywhere you looked there were people decked out in X Japan gear. People of all ages, educational and ethnic backgrounds filled the room with a palpable energy. We were in for a great night of rock and roll.

We started off with Vampires Everywhere, a young rock group that did an awesome job of warming up the crowd. The songs were catchy and their stage presence was definitely crowd pleasing.

Then came the main event. 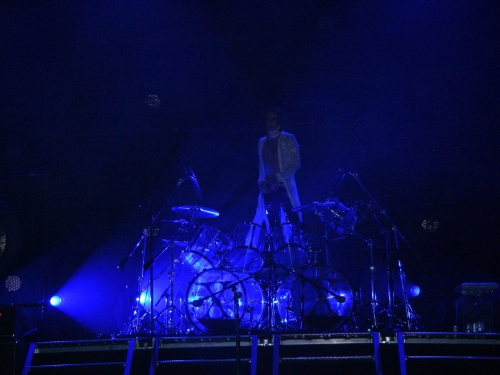 X's drummer/pianist Yoshiki Hayashi burst onto the stage and stood on top of his double base drum kit in a flurry of shirt tails and smoke, standing as still as Michael Jackson while the crowd went crazy. 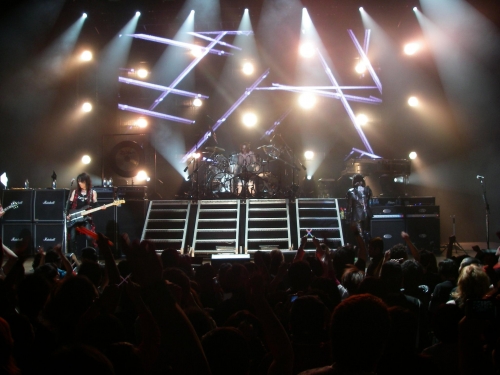 Lead singer “Toshi” Deyama, “Sugizo” Sugihara (guitar/violin), “Pata” Ishizuka, and “Heath” Morie (bass) filled the stage and the screams from the crowd were deafening: seriously, I still can't hear anything past a two metre radius.

Deyama's voice was incredible. He's one of those extraordinarily gifted performers with a freakish talent for control, range, and endurance, all the while pulling it off with incredible ease.

This band has showmanship. They're choreographed, suave, handsome, and really know how to work a crowd. Their stage presence was electrifying: from the costumes, to the poses, to the interaction with the crowd. These guys know their stuff.

Deyama generously gave the spotlight to the other members readily: something you don't often see in a band, especially a rock band. Hayashi switched from dazzling us with his catchy double bass drum moves, to romancing us with his grand piano, while Sugihara traded his guitar for the violin. Ishizuka and Morie kept a steady groove, holding the attention of a group of girls stage left, who bounced up and down doing all they could to get their attention. 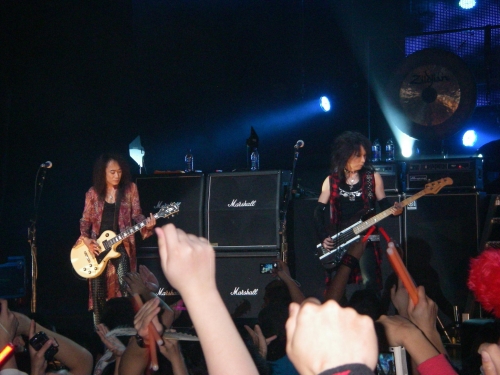 The crowd was hyped after the show. It was definitely worth every penny, and some. This show was part of X Japan's come back tour, and clearly, they've got a lot of fans who hope they'll be around for a very long time to come.