Avenue Q at Centre for the Performing Arts 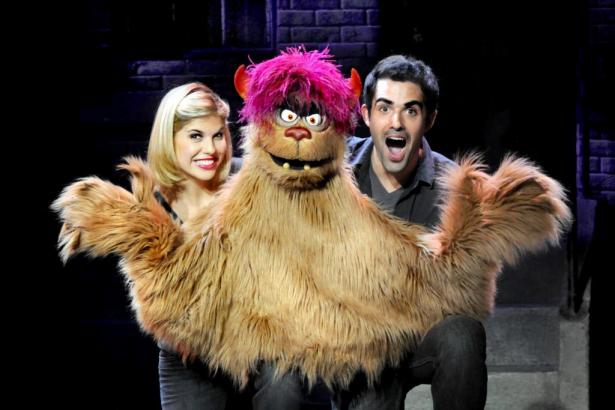 Avenue Q opened at the Centre for Performing Arts this week to a packed crowd.

The musical, bunraku-style puppet show was a real crowd pleaser to say the least. The audience ate it up: especially the row of adolescent males behind us. The older couple to my left, not so much.

It's definitely not for everyone, but if you make it past all the disclaimers you should have a pretty good idea of what you're in for.

The show is filled with a mix of song, story, and sex. It pokes at relationships, racism, celebrity and stereotypes, and no holds barred on how far it ventures to push the envelop.

The music is very theatre friendly but it's the singing that stands out. The cast is quite talented and bring the puppets to life with ease.

The puppetry was fantastic with puppeteers (unlike bunraku) side by side, delightfully mimicking and extending the expressions of the puppets.

The cast, direction, dialogue, lyrics, choreography, set design (some of the most hilarious and original moments of the show) are amazing.

Avenue Q is most certainly the  “Sesame Street for grown ups” that Katy Perry would have fun with. A lot of good messaging and fun for the whole family... as long as they're over thirteen.

for tickets to the show, go to: The Centre for Performing Arts