The Year Dolly Parton Was My Mom 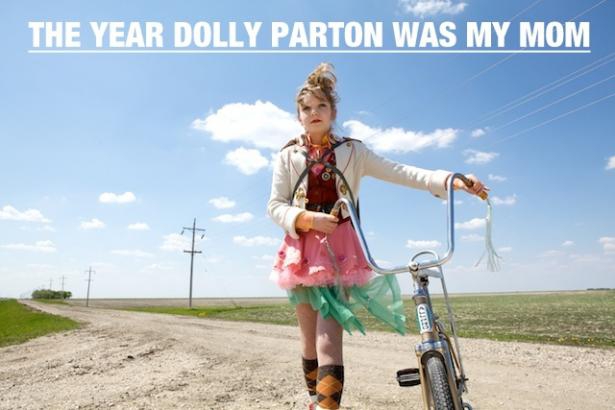 The Year Dolly Parton Was My Mom is a  film about a young girl who discovers she was adopted and fantasizes that Dolly Parton is her mother.

The film is based in the mid seventies. Director Tara Johns cast 12 year old Vancouver actor Julia Stone in the lead role of Elizabeth. Stone connects to her character and delivers a heartfelt performance.

I sat down to talk with her about the film.

WD: What did you think when you first read the script?

JS: I thought it was a beautiful script and really well-written. Whenever I'm reading a story, whether it's in a script or in a book, it's like I'm in the story: I'm not just reading it, I'm in it. That's how it was when I read the script. It was like I was watching what was going on.

WD: Did any part of the script stand out for you: anything you thought might be particularly difficult or exciting to do?

JS: Definitely the scene where Elizabeth and Marion (Macha Grenon from Barney's Version) are on the cliff and Marion throws the bike off the ledge. That's a beautiful scene that really touched me.

WD: Had you heard about Dolly Parton prior to making this film?

JS: No. I hadn't heard of her before but when I was preparing for the audition I did some research into who she is and what she stands for and how she was a big part of people's lives in the 70s. I learned a lot about her and what music was like in the 70s.

WD: Do you listen to her music now?

JS: Yes, I still do. I like "Light of a Clear Blue Morning" and "Eagle When She Flies" because they're both songs about girls going for it, being who they really are, not being afraid to be themselves, and not changing themselves to fit in.

WD: What did you think of the set and the crazy clothes they asked you to wear?

JS: (laughs) When I put the costumes on it helped me to get into the character and get a feel for who she is. With Elizabeth, definitely with the elaborate prairie costume it had that affect.

WD: Did they let you keep any of it?

JS: Yes, I still have the butterfly hairclip that she wears and the majorette boots (laughs).

WD: Nice. Those are awesome. Have you seen the film yet?

WD: What did you think of the film?

WD: Where did you have the most fun making this film?

JS: I really enjoyed the whole experience. Everyone on set was just so nice and so supportive and welcoming all across the country. That really made the experience great.

WD: What was the most difficult part of making this film?

WD: Well she's emblazoned on celluloid so you can visit her whenever you'd like.

WD: What did you learn from making this film?

JS: I definitely learned a lot about people's jobs and what each person's specific job entailed. It's really an environment where everyone is working together and they're all working hard to achieve something that everyone wants so badly.

I'm really grateful to Tara and Barbara (Shrier) for giving me this amazing opportunity.

The Year Dolly Parton Was My Mom opens in theatres April 8, 2011.

Check your local theatres for times.