Art of Dying sign to Donegan and Draiman's Intoxication Records 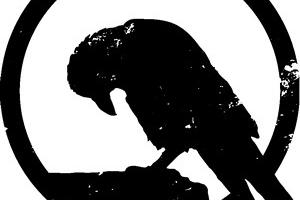 Let's see how this new deal between Art of Dying and Intoxication Records fans out.

Vancouver quintet 'Art of Dying' is no longer independent after signing to Intoxication Records, a subsidiary of Warner. David Draiman and Dan Donegan of the highly successful Metal band, Disturbed, spearheaded the decision. Jonny Hetherington, Greg Bradley, Tavis Stanley, Cale Gontier and Jeff Brown (Art of Dying) are the first musicians to be officially endorsed by the label.

Art of Dying has frequently been touring with Disturbed and Seether over the past few years. Donegan sheds some light regarding why Art of Dying deserves this break: " These guys live music 24/7. They are non-stop, 100 percent committed to their music and their fans."

The impending debut released by Intoxication Records will be Art of Dying's second official LP. The record, which has potential to be a chart-topping masterpiece, is currently being produced by Howard Benson, a man whose credits include work with Motörhead, Papa Roach, Seether and Theory of a Deadman.

Although Art of Dying's self-titled first album generated much buzz independent of label influence, it seems the group has come to terms with compromising their control freak disposition in order to maximize their circle of resources (like production and distribution capabilities).