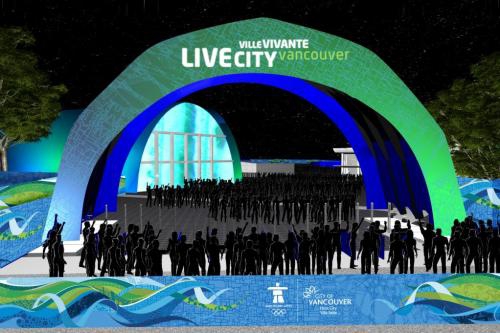 Chicago band, Wilco, is coming to Vancouver on February 13th. This free concert starts at 9pm at David Lam Park, right on the seawall.

I've been hearing good things about Wilco for a while and when I finally checked them out, I didn't know how I ever lived without them. http://hypem.com/search/wilco

Wanna know who else will be giving a freebie? Sam Roberts Band is playing LiveCity Yaletown on February 20th at 9:30 PM.

Constantines @ 8pm on the 22nd

What an awesome lineup of big names. Where is this magical stage? At the crux of Pacific Boulevard and Drake Street.

Some pretty cool acts are headlining at the Whistler Victory Ceremonies but you can only get tickets if you live between Squamish and Mount Currie. Do you need to show a recent magazine subscription to get a ticket?

I also have heard some underground news of a surprise Coldplay concert in Vancouver during the Olympics. Wonder if it is reliable.

Unrelated to but coinciding with the Olympics are:

...and finally one of my favourites (I'll be there for sure)