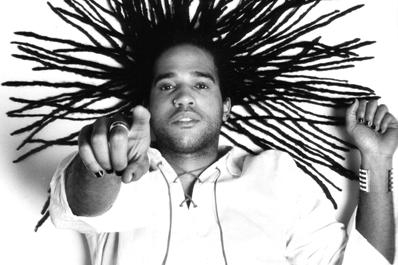 Classically trained but not classically restrained Haitian-American violinist Daniel Bernard Roumain 'DBR' launched his Canadian premiere of Voodoo Violin Concerto along with the Vancouver Symphony Orchestra at the Orpheum Theatre on Valentines Day.

On February 15th, DJ Spooky and DBR collaborated during a free show at the LiveCity Yaletown stage.

Daniel's style is progressive, innovative and unique, using FX pedals usually reserved for electric guitar even in his classical pieces.

DBR has performed with Philip Glass as a duo, Lady Gaga on American Idol and he just seems to be getting bigger and bigger.

He also has something to say about world issues. Daniel keeps a weekly blog where he genuinely shares methods for helping people in need, like those in Haiti.

Keep your ears open for DBR's upcoming album 'Woodbox Beats & Balladry' due for release in March. The idea behind the album is how he can make a string instrument, the violin, percussive.