At Canexus, safety was no accident

Reading Megan Stewart’s article about the North Vancouver Canexus chlorine plant took me for a little trip down memory lane. In 1984 I was a student who was hired as a temporary summer worker in the chlorine production plant and although that was almost 25 years ago, I still have strong memories of my time in the plant, and most of those memories are positive memories.

From the time you enter the facility you are being inundated with messages about the importance of safety. A large sign at the gate declared that “Safety is no accident.” I recall this sign because a fellow worker on the site won a safety slogan contest that all employees were encouraged to take part in. The contest was one of the numerous ways utilized to create an environment where people in the plant were thinking and talking about safety on a daily basis. Sure people wanted to win the contest but the side effect was that people were thinking and talking about safety on the job site, on their way to and from work as well as at home. And that was the attitude I witnessed at every turn that summer.

Before getting past the safety sign at the gate though, the first time every visitor or new employee enters the site they undergo comprehensive safety training. Everyone entering the site was issued a personal respirator to be used in the unlikely event of a chlorine spill. In my youthful enthusiasm I asked if the idea was that you put the personal respirator on and “run like the wind.” The safety trainer said in fact that at no time do you ever run in the plant and you especially do not run if there is a spill because that pulls air through the respirator faster than it is intended for and may cause the respirator to fail. The attention to safety was everywhere.

After a morning of safety training we were escorted into the plant. I commented on the fact that the door from the security waiting-room into the plant only opened outwards; why not make it swing inwards so that employees could get into the plant more quickly? The answer once again was related to safety; in the event of an evacuation, the doors defaulted to the direction that people would be leaving the site. Details, details, details.

Everything on the site was like that; everything on the site is analyzed with risk reduction in mind. For example, the railcars used to transport the chlorine have their loading, unloading and safety valves removed, inspected and rebuilt on a regular schedule. They are not replaced when worn out, they are continuously being analysed to see if there is any wear or tear on them and to manage the risks, they are rebuilt before they have they have the chance to fail.

However, Tom Young and John Walkey’s report that stating that “having a chlorine plant in the middle of a dense residential community is ridiculous” is disingenuous at best. Canexus is located in an industrial part of North Vancouver where there are a number of other large industrial plants including an oil refinery, a bulk chemical transfer station and another chemical plant that manufactures chemicals for pulp mills.

These sites were not built in the middle of a dense residential community and any responsibility for residential development near these industrial facilities lies solely at the hands of the North Vancouver council who should have been fully aware of the fact that Canexus has a lease on the property that runs through to 2032.

However, an even larger question arises when we talk about the potential of a terrorist attack; do we really want to live our lives in fear? Do we want to live, worrying at every turn that we might be coming under attack? If so, then we need to consider far more explosive dangers than six chlorine railcars rolling out of our city.

People might be shocked to know just how many potentially dangerous goods are shipped through our city everyday. In fact, nestled in the midst of many residential neighbourhoods are sites containing extremely volatile explosives; we commonly call them “gas stations.” And massive tanker trucks roll along our city streets everyday with gasoline, diesel and propane to be delivered to these gas stations.

At any rate, it comes down to choice; do we choose to live in continuous fear of terrorists? If yes, then the terrorists have won the so-called “war on terror.” There are countless facilities in our communities that can be blown-up or attacked and turned against us in one way or another. It is how we choose to respond to these potential hazards that will define us. Do we choose to live in fear or to understand that there are risks associated with our lifestyle?

To read more of Stacey Robinsmith's work and
for informed and insightful commentary, visit www.theleftcoast.ca

More in The Left Coaster

In an effort to get the New Democrat message out to the public, without the assistance of the government’s Public Affairs Bureau (the PAB), Bruce Ralston, NDP finance critic held a conference call...
Stacey RobinsmithSep 27th, 2009

At 9 a.m., at 999 Canada Place, the premier’s office, I’m handed a form to sign saying I won’t prematurely release the state secrets. As fast as I sign, I’m handed a media kit with the “Budget.” I...
Stacey RobinsmithSep 27th, 2009 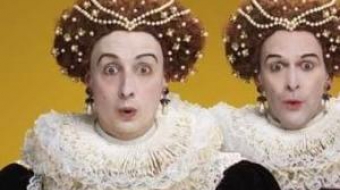 The Comedy of Errors

The Vancouver performances of the Bard on the Beach are set in such an incredible location that even as Christopher Gaze, Artistic Director of the performances, as well the Duke in The Comedy of...
Stacey RobinsmithSep 27th, 2009
Speak up about this article on Facebook or Twitter. Do this by liking Vancouver Observer on Facebook or following us @Vanobserver on Twitter. We'd love to hear from you.