Russian dashcams capture meteor impact: Why so many dashcams?

By now, you've probably seen that spectacular Russian dashcam video of that firey meteor crashing to Earth in Cheylabinsk. If not, you can see it here. First posted to YouTube on February 14, 2013, the video has well over a million hits so far, and other meteor videos are emerging.

After seeing more of these videos, you're probably left with the impression that every Russian driver seems to have a dashcam. Indeed, Liveleak has a wide variety of dashcam videos, mostly from Russia; and mainly involving horrifying accidents, freaky road rage, stupid behavior, or brutal fights.

But why so many dashcams? Why are these video cameras always filming that one magic moment?

This was covered by ANIMALNewYork last year, in an article by Marina Galperina. Basically, driving in Russia is a sketchy proposition. You have to deal with scammers trying to shake you down with fake pedestrian accidents. Then youv'e got the hit-and-run, when a driver actually hits your car and then scuttles off before you can get his or her details. You've also got corrupt cops looking for a handout. Then you have theaforementioned road rage incidents. Oh, and don't forget the crumbling roads.

When faced with these threats, it's no surprise that Russian drivers opt for a dashcam to serve as a witness in case they wind up in court. To be honest, I'm a bit surprised we don't see more dashcams in North America. You can get 'em through Amazon for under a hundred bucks.

I wonder if prolonged scrutiny by dashcams would improve the overall quality of driving in Vancouver. 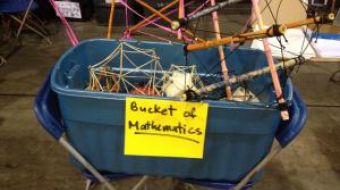