Exploring Culture, One Dish at A Time 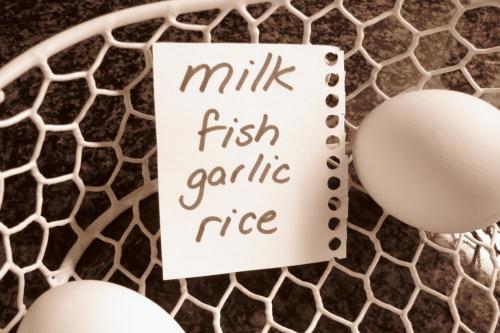 I blame my heritage and my family for my love affair with food.  Filipinos eat constantly.  We’re very similar to hobbits (and I’m not referring to our stature) in that we too enjoy at least 7 meals a day: breakfast, second breakfast, elevenses, luncheon, afternoon tea, dinner and supper.  Also, like most Filipinos, I am a social eater. I love sitting around a groaning table with food and friends.  If I am sitting together with a friend and there isn’t something in my mouth, or there’s no possibility that something will be in my mouth in a few minutes, I quite simply feel out of sorts.  I love seeing people enjoying food as much as I do, knowing that if I groan and temporarily slide under the table because I am chewing the most scrumptious morsel in the world, they will understand.  Heck, they might even join me under the table.

Add this propensity to the fact that when I was younger, my family and I moved around a lot.  I give a multiple choice quiz to my students (I teach ESL to adults) on my first day of school so that they might be better acquainted with the dancing bear standing at the front of the classroom.

Cristina has lived in:

Still, I don’t regret moving around; after all, it was this trajectory which gave me the opportunity to develop an intimate relationship with foods and restaurants around the world that I would not have been able to achieve simply from visiting.  This has led me to understand one very important truth in life summed up by the late Filipino food writer Doreen Fernandez: “One should put food in the context of the culture.”

the entire aisle in grocery stores in Spain solely devoted to fleshy legs of ham,

the curious snowman-like globes of mochi only sold around New Year’s time in Japan,

the lovely plates of roasts that are served in pubs all over England on Sunday afternoons,

the way my Japanese friends giggled upon hearing that I had sukiyaki for lunch (instead of for dinner as every sane Japanese person would—duh!),

or the quaint custom they have in Segovia, Spain of using the edge of a plate instead of a knife to separate the ribs of a tenderly roasted suckling pig in order to demonstrate how crushably soft the bones are. (And now the vegetarians are heading for the door—try the vegetarian blog on this site.)

And in a magical place like Vancouver, food comes alive as the cultures fuse and mix and break down boundaries and open new doors for others to intrude upon.  What do you think about cheese ramen?

I shudder to think what Goro or Gun in Tampopo would have had to say about that.

How about butter chicken pizza?  I mean, the sushi options here alone practically define the word fusion.  Vancouver in all its diversity provides us with an ideal arena, our very own Kitchen Stadium, where various fares meet, fall in love, clash, but above all provide our willing bellies with endless and intriguing possibilities.

These possibilities that we find in Vancouver are primarily what interest me and will be the focus of this blog.  As is my custom, I’ll visit new places on a regular basis, particularly those places that fly under the radar in Vancouver.  For example, everyone eats Chinese food here, but not a lot of people know of great places to nosh on authentic Malaysian or Czech food.

I’ll pick some dishes that I absolutely love, break those down and find out the best places to get them in town.  At the same time, I’ll write about some good, old-fashioned standbys of mine that I often frequent.  I don’t purport to be an expert on food or the culture that it comes from, but I come prepared with a very willing belly and a passion for taste that often leaves me scratching my head.

And that’s where you come in, dear reader.  Know of a really great place that I haven’t written about?

Leave me a comment.  Think that I was an ignoramus in my last entry for not knowing the difference between Béarnaise and Hollandaise?

Leave me a comment.  Want to reveal the best place to get scones in the city?

Leave me a comment and I’ll be breaking out the Devonshire Cream faster than you can say, “Milk Fish and Garlic Rice.”

This weekend found my best friend and I roadtrippin’ down to Seattle for a little art.  SAM (Seattle Art Museum) was hosting works from the Musée National Picasso in Paris.  What ensued was...
Cristina PeralejoJan 1st, 2011

After living in North America for most of my life, I moved to a hot climate where every single day was about 30 degrees.   While living in warm weather definitely had its advantages, the...
Cristina PeralejoDec 6th, 2010

Japanese yatai at Bridgeport: mobile food at its best

What is it about mobile food that is so intriguing?  From snacks on road trips, to running for the ice cream truck, there’s something about food on wheels that simply gets the stomach growling....
Cristina PeralejoNov 29th, 2010
Speak up about this article on Facebook or Twitter. Do this by liking Vancouver Observer on Facebook or following us @Vanobserver on Twitter. We'd love to hear from you.