Canadian singer Joel Plaskett at The Garage in London 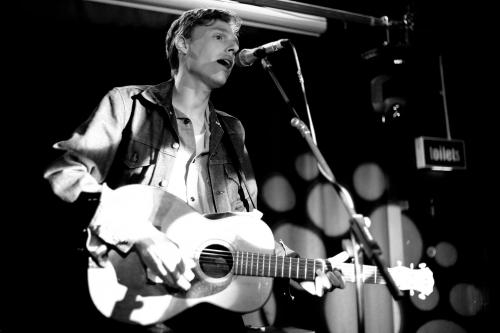 For the month of July, Relentless Garage saw Joel Plaskett return to England for a residency of three shows to tie in with the UK release of his album Three To One. On top of that, Nova Scotia born Plaskett, had a full schedule with a tour of stately homes supporting none other than Jools Holland. So, you could say Joel is a pretty big deal.

Hailed as one of the best singer/songwriters in Canada, Plaskett has plenty of ‘Best’ awards to prove it after becoming a prominent figure on the music scene since 1992 with his band Thrush Hermit and his more successful solo career with his backing band The Emergency. With a mantelpiece that is taking the strain and being handpicked by Sir Paul McCartney as a supporting act, you wouldn’t expect to witness Plaskett in a venue that holds no more than 150 people. But that is the case for his three London shows.

Surrounded by a handful of acoustic guitars, Plaskett was accompanied by Peter Elkas and Ana Egge on backing vocals, guitar and banjo to provide a touch of personal story-telling, captivating harmonies, and proper East Coast rock. ‘Deny, Deny, Deny,’ and ‘Precious, Precious, Precious’ were the punchy highlights from the new album while ‘One Look’ gave some tenderness with soft strums and warm vocals. Plaskett chose crowd requests to mix the night up and took the first one shouted back at him to keep things ‘slow’ – the chosen ‘You Came Along’ quite possibly moved all of us to tears.

The slow moments didn’t last for long when Joel took a seat and picked up the ‘$8 melodica from Value Village’ and the drum machine of ‘Rewind, Rewind, Rewind’ began to pulse through the walls. As the night closed to an end, ‘Rollin, Rollin, Rollin’ gave us the chance to stomp our feet and slap our thighs, true Maritime style. 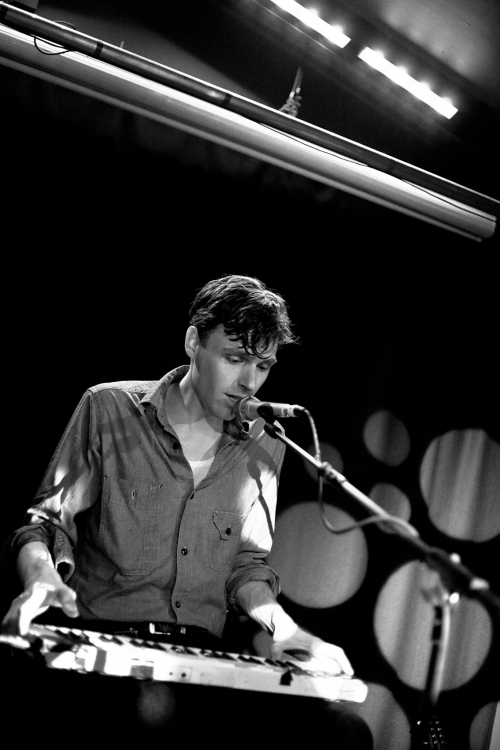