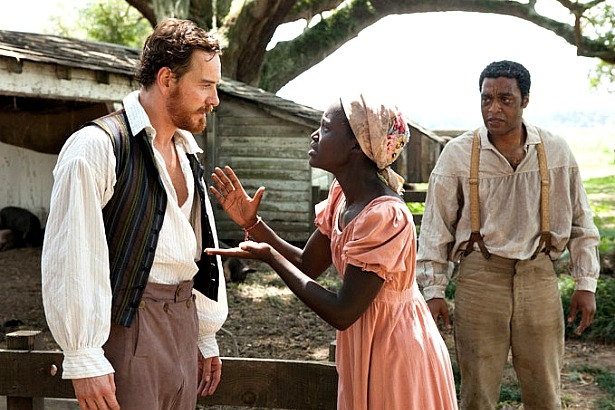 Chiwetel Ejiofor, as well as Michael Fassbender and Lupita Nyong'o are sure to be nominated for their superb acting in 12 Years a Slave

One film is at the head of the pack this week, maybe the whole year. 12 Years a Slave is a fierce look at a vile history. Among the other films this week you’ll find two dealing with time travel, several on Africa, the last days of both Diana and Cory Monteith and a scathing view of modern China.

12 YEARS A SLAVE:  This is not only a must-see; it’s also a masterpiece. I can’t think of anything in it to complain about. It’s the most accurate depiction of slavery in the U.S. that I’ve ever seen, unflinching in what it shows but restrained enough to modulate the horrors. Slaves are abused and whipped. We feel the pain but we’re not grossed out. There’s one whipping later on that is hard to take but even that is less than the big outrage: taking away the freedom of human beings and keeping them as property. We get all the details plus one man’s fight to get free. 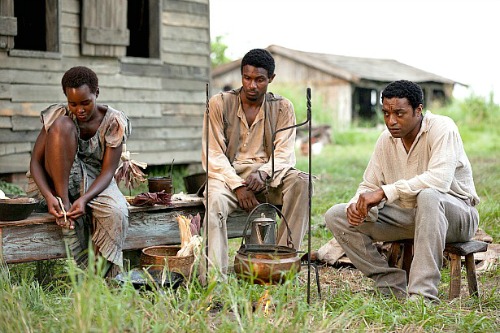 The story is true, shortened from a memoir that was a bestseller soon after Uncle Tom’s Cabin but disappeared for over 100 years. I guess America didn’t need too many reminders. It can’t be avoided now. The film and at least three stars are going to get nominations for many awards. Chiwetel Ejiofor plays Solomon Northup, a free black from New York state who was abducted, sold as a slave and made to work on various plantations. The film shows him on two, first employed by a relatively kind master played by Benedict Cumberbatch and then a psychotic one played by Michael Fassbender. There’s also a slave named Patsey played with startling power by newcomer Lupita Nyong'o. She’s abused, but at the same time is the owner’s mistress, part of a weird psycho-sexual theme that develops late in the film. All along the way it’s Northrup’s dreams of freedom that hold our attention. They’re interrupted by shocking violence and hits to his dignity but he declares, “I will not fall into despair.” The horror is tempered with hope. And later on by Brad Pitt, as a Canadian carpenter. All true. (5th Avenue, International Village and two suburban theatres) 5 out of 5

ENDER’S GAME: It used to be a point of discussion that electronic games are training the soldiers of tomorrow because their wars will be fought on computer screens not on the ground.  This movie, from a short story that became a novel and then a series, runs with that idea. Teenagers are recruited into a training school where they work at video monitors to hone their aggressive skills. 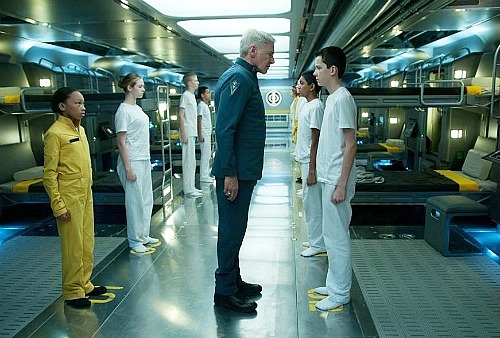 Harrison Ford is the project leader, Viola Davis is a psychologist and together they bring in a 14-year-old cadet (Asa Butterfield) because he shows a talent for strategy. Later Ben Kingsley comes along to lead him into a battle simulation. What he’s really getting is a Bush-like concept of militarism. A race of extra-terrestrials once attacked Earth. Ford, gruff as usual playing Col. Graff, says hit them before they come again. “The purpose of the war is to prevent all future wars,” he asserts. How many times throughout history has that been said? It’s a short debate here and the target audience, teens mostly I would think, will find the special effects, including some nifty zero gravity exercises, far more appealing.  (Dolphin, Scotiabank and many suburban theatres) 3 out of 5

ABOUT TIME: Mix the whimsical side of Love Actually with the nuttiness of Groundhog Day and you might be able to envision what you’ll get here. Richard Curtis, who wrote and directed the first, and seems to have drawn ideas from the second, gives us another pleasurable tale of young Londoners in love. 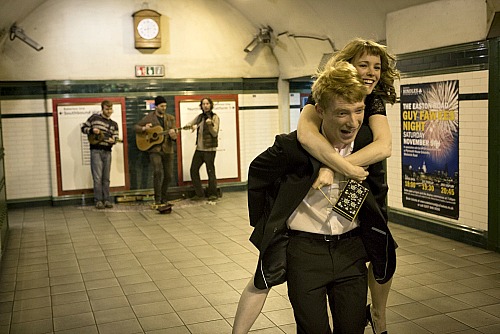 A woman from over here or at least the U.S. (Rachel McAdams) is the quarry for geeky young Tim (Domhnall Gleeson). He meets her at a party, messes up an opportunity but knows how to get a second chance. His dad (Bill Nighy) had confided in him that the men in their family can reverse time. Tim just resets to a earlier time and conducts himself differently. He’ll do that over and over again in this movie. I suppose it’s a treatise on making the best of everything you do. In that, it’s fun, witty at times and bouyant  in mood, but also pretty light and flimsy. (5th Avenue, International Village and Park & Tilford in North Van). 2 ½  out of 5