MY VIFF PICKS FOR Day 3 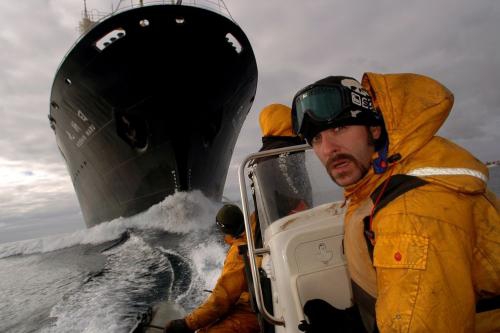 MY VIFF PICKS FOR Day 3

There are big debuts and second chances for other good films on the Vancouver International Film Festival’s third day.

These are my best suggestions for the next few days. I've seen all but one and recommend them. Dull, boring or pretensiously arty films don't make the list.

And check back now and then. The list will change everyday as titles that finish their run drop off and others debut.

THE YOUNG VICTORIA: Aren’t you intrigued that a Quebec director made a film about a British monarch? Jean-Marc Vallee zoomed on the scene five years ago with C.R.A.Z.Y. and has been getting respectable notices both in the U.K. and Toronto for this one. It’s Emily Blunt, though, who’s been celebrated for her performance as Victoria. The film has two parts, a first half entirely taken up with court intrigue and a second half all about Victoria’s love affair with Prince Albert.
(Also on Day 7)


WRITTEN BY: A lively tale from Hong Kong made all the more fascinating because it breaks most every story telling rule. It doesn’t even seem to follow any. Get this. A woman who, along with her mother, survived a car crash that killed her dad, writes a novel in which the reverse happens. They die and dad lives. He then writes a novel in which he reverses things again. Things turn around  again and again as they all try to cheat Meng Por, the Chinese god of death. It’s a glossy and enjoyable fantasy about memory if you can just go with the flow. (Also Days 6 and 12).


LET’S MAKE MONEY: This may be the hardest-hitting of the money documentaries this year.
It’s a smartly argued attack on globalization, the World Bank, The International Monetary Fund and finally, but not least, tax havens. Those little places like Jersey, Guernsey and The Cayman Island where, the film says, over 11 trillion dollars of private wealth is now held. There’s lots more: bullying third world nations, taming Iraq, overbuilding on the Costa del Sol and even why Americans now own Vienna’s streetcars. (Also Day 8).


THE DAMNED RAIN: This is a strong piece of fiction from India about a real emergency.
Many farmers burdened with debts, drought and weak harvests have been committing suicide.
After a village funeral, one farmer’s wife fears her husband may be next. She has her son watch and report. Pitiless moneylenders, official corruption, rains that turn into destructive floods are part of this grim and apparently authentic story. (Also on Day 8)


BOY INTERRUPTED: A tough one to take on a Saturday afternoon, or anytime. This is a powerful documentary from the U.S. about a teenage son’s suicide. Maybe there’s some solace for the parents in making it. Through home movies, photos and memories (their own and others, including teachers, therapists and a half-brother) they’ve assembled a full portrait of a beautiful young boy with a dark side. It’s all the more chilling because the parents had tried everything to prevent it. (Also on Day 9)


Another chance to catch …

A CARGO TO AFRICA: Rock Demers from Quebec has been producing warm-hearted family films for about 25 years. This new one has a grizzled man and a pesky boy strike up an unlikely friendship. The man (played by Pierre Lebeau) was an aid worker in Africa and wants to go back. The boy sees him abandon a pet monkey, intercedes and triggers an adventure that includes breaking into a zoo, an off-road motorcycle chase and the police. More serious matters pop up later. The film is well-made and the acting by the renowned Lebeau is strong.


THE GREAT CONTEMPORARY ART BUBBLE: An excellent documentary on a particular side issue to the financial meltdown. When the stock market tanked, investors jumped into buying and selling modern art. This film shows the euphoria and the dirty secrets. Auction houses, galleries and promoters connived to boost prices. Film critic Ben Lewis, who made this film, saw a bubble forming and helped burst it. He explains it all, and shows a great deal of it, to entertaining effect.
(Also on Day 9).

AT THE EDGE OF THE WORLD: After his cameo in The Cove, Paul Watson is again taking on Japanese whalers. He's in the Antarctic this time, leading two ships into a hyper-active confrontation with the Japanese fleet. He's mostly seen talking to the world media on the satellite phone, while a second captain leads the minute-by-minute action. And there's plenty of it, including sabotage, a ramming  and a tense search for missing colleagues, all captured in beautiful cinematography. As Watson says early on: "We're officially a pirate ship." (Also Day 16)


THIS WAY OF LIFE: A scenic documentary from New Zealand about a family forced out of their house (in a baffling dispute with a father) and moving to enjoy almost total freedom in the mountains. (Also Days  5 and 10)

SOUNDTRACK FOR A REVOLUTION: A great collection of old news clips, recent interviews and new musical performances come together in a rather standard documentary about the civil rights movement of the early 1960s.

EXCITED: Gabrielle Rose as a domineering mother is very funny and the best part of Bruce Sweeney’s new sex comedy. Besides Vancouver, of course, looking soggy but nice. (Also Day 7).

The Imaginarium of Dr. Parnassus

The Most Dangerous Man in America