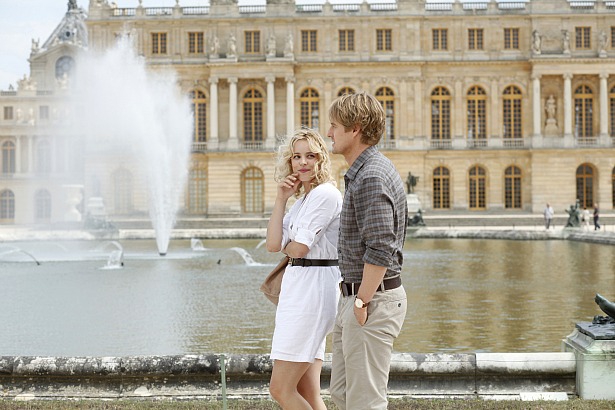 Owen Wilson and Rachel McAdams are on an eventful holiday trip in Woody Allen’s Midnight in Paris.

A Paris vacation stirs up some Woody Allen musings on art, nostalgia and when exactly was the Golden Age. A similar question comes up in Beijing Taxi while the art produced for a time in the Philippines and celebrated in a new film was strictly low-grade.

These and other concerns show up in this week’s movies:

MIDNIGHT IN PARIS: This is the best film from Woody Allen in years. His neurotic and sour tones are gone, leaving a mellow piece of whimsy that is colorful, funny and, like The Purple Rose of Cairo, magical. It’s a bouquet to a great city, both today and, through a time shifting story, its fabled past. It’s also a celebration of art and nostalgia.

Owen Wilson plays a screenwriter (“a Hollywood hack who never gave actual literature a shot”) who feels artistic stirrings while vacationing in the city of light. He chatters on about the many writers and artists who gathered there in the 1920s. His fiancée (Rachel McAdams) would rather be back in Malibu and her crass parents call him “a demented lunatic”. One night he’s out alone at midnight, when a classic old Peugeot pulls up and a champagne-swilling couple invite him to a party. They turn out to be F. Scott Fitzgerald and Zelda.

On that, and subsequent nights he also meets Salvador Dali (Adrian Brody), Picasso, Ernest Hemingway (very funny with his manly exhortations of death with courage) and Gertrude Stein (Kathy Bates). There are others too as Woody gets a bit carried away with the name dropping. But he creates an enchanted mood and, with a sort of artists’ groupie played by Marion Cotillard, a sweet romantic tension.

Back in the present, Michael Sheen plays an artistic pedant and Carla Bruni (wife of French president Nicolas Sarkozy) has two key scenes as a tour guide who understands the lure of the past. (5th Avenue Cinemas and International Village) 4 out of 5

THE SUREELISTS: In conjunction with a major exhibition of surrealist works at the Vancouver Art Gallery, the VanCity Theatre is exploring surrealism in film.

Dreams, improbable juxtapositions and twisted visions all with a philosophical bent are a thread through these films. David Lynch is well represented. His Blue Velvet and Eraserhead start the series tonight (Friday) Lost Highway and Mulholland Dr. appear in a month. Other directors include Alejandro Jodorowsky, Luis Bunuel and Terry Gilliam. The films range from the visceral El Topo, to Catherine Deneuve’s youthful sexiness in Belle de Jour to the wackiness of Being John Malkovich (pictured above). You can find the dates, times and other info at http://www.viff.org/theatre/

BEIJING TAXI: We get many stories about the amazing economic growth of China, and occasional ones about unrest in the countryside. Here’s a side we rarely get: how ordinary people are faring. Miao Wang, who now lives in New York, tells that side from the city of her childhood. She’s keyed on three taxi drivers, a wise choice because not only are they ordinary, lower middle class people but their job takes them all around the city. There’s a former Red Guard, worried he’s getting too old, a young driver struggling with an unreliable car and a single mother who drives cab because she likes the freedom.