21 Jump Street, In the Land of Blood and Honey, Jeff, Who Lives at Home: reviews 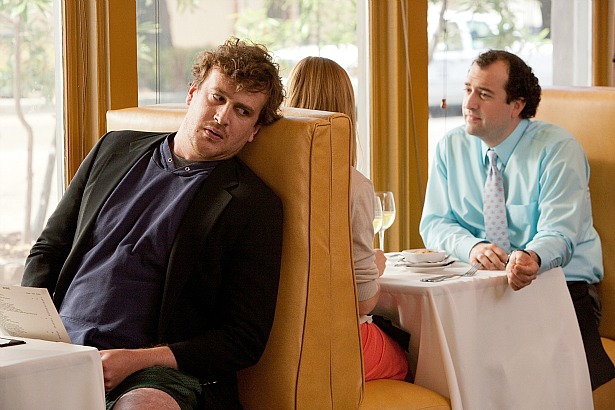 A slacker not only abides but gets a favorable portrayal in Jeff, Who Lives at Home

A knockabout high school comedy with a brief visit by Johnny Depp is the highest profile film this week. But for something better check out Jeff, the slacker, Werner Herzog in Texas, a doppelganger here in BC, a struggling football team in Memphis and Angelina Jolie’s directing debut.

In the Land of Blood and Honey: 3

JEFF, WHO LIVES AT HOME: Here’s a feel good movie that doesn’t insult your intelligence. Also a portrait of a slacker that’s witty rather than crass and not at all cynical. You’ll probably remember this one long after you see it because it’s so amiable. 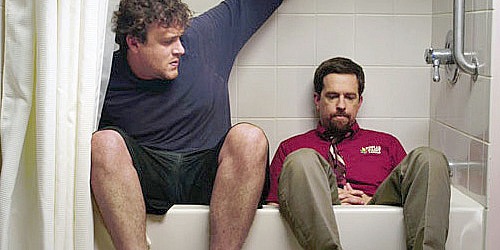 Jason Segel, as Jeff, lives in his mother’s basement, smoking pot and waiting for his destiny to reveal itself. He’s got good reason to wait we soon find out. His brother (Ed Helms) hasn’t been too successful following the usual job-marriage-mortgage route. When a wrong-number phone call suggests somebody named Kevin may be key to his future, Jeff goes out to look for him. We’re treated to a very funny quest that has surprising turns, unusual crossed-paths and coincidences. Jeff helps his brother spy on his wife who may be cheating on him. His mother, in a parallel story, gets computer messages from a secret admirer and sets out to find who sent them. They all end up in a traffic jam on a New Orleans bridge and an unexpected but satisfying ending. It’s a light comedy about our need to connect that shouldn’t work but does. Jay Duplass and Mark Duplass, who made their name in the low-low-budget mumblecore movement, wrote and directed. (5th Avenue and International Village) 3 ½  out of 5

21 JUMP STREET: If nothing else, this movie has stirred up a lot of memories around here. The TV series it’s based on was filmed here from 1987 to 1991, made Johnny Depp a star and helped the Fox TV Network get started. It had a big role in building our local TV and film industry and resulted in the creation of North Shore Studios, which for a few years was re-named Lionsgate Studios. The company that evolved out of that is bringing us The Hunger Games next week. You won’t detect much reverence though, for either history or the series, in 21 Jump Street, the movie. This is simply a spoof. It could have been written for Mad Magazine. The comedy is obvious, knockabout stuff with little imagination evident, although often quite funny and offering a wild limousine chase on prom night. 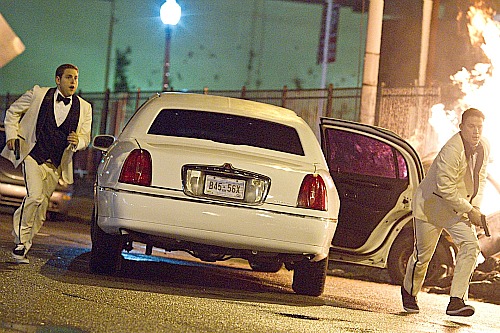