Aladdin drops in again, the Booksmart girls wonder what they missed and Shakespeare retires sad 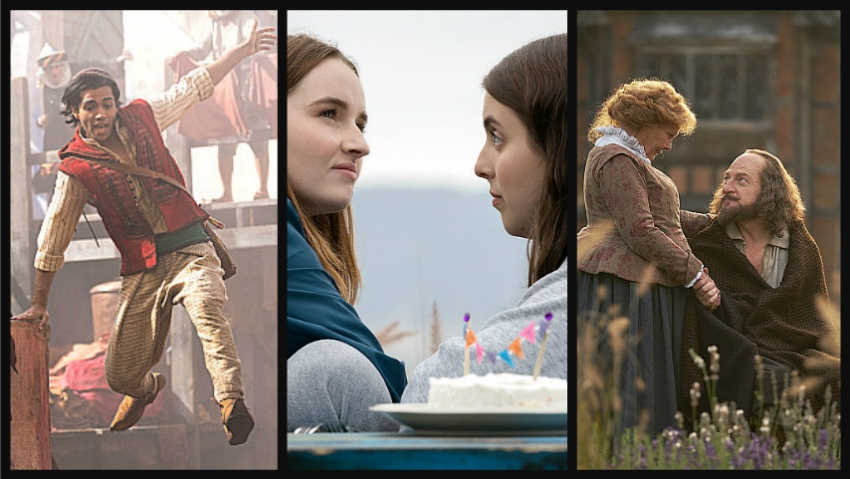 Also: a refreshing love story from India and Christo has you Walking on Water

For something really different this week, if you’re hardy enough for it, the Cinematheque has a massive documentary about China. DEAD SOULS (Si ling hun) takes over eight hours to thoroughly examine the “re-education” camps Mao set up in the Gobi Desert in the late 1950s. They were part of his Anti-Rightist Campaign and survivors describe suffering and the atrocities committed there. The filmmaker Wang Bing is an old hand at muckraking documentaries about history he doesn’t want forgotten. This one plays in three parts, one each on Mon, Tues and Wed evening, or all three as a marathon starting at 1 p.m. Sunday. To learn more, visit  http://thecinematheque.ca/dead-souls

And check out what else is new … here:

ALADDIN: Disney’s fixation on re-making their animated hits into live-action versions has brought us this mid-level success. It’s big and colorful, longer for no good reason, lively and sometimes a misfire. It has much to enjoy but is less engaging and less magical. It sways between overdone and dull and misses the one asset that made the 1992 original the biggest film of its year: Robin Williams as the genie. He thrilled with voice work that sounded spontaneous. Will Smith, sharp as he is, doesn’t match it. 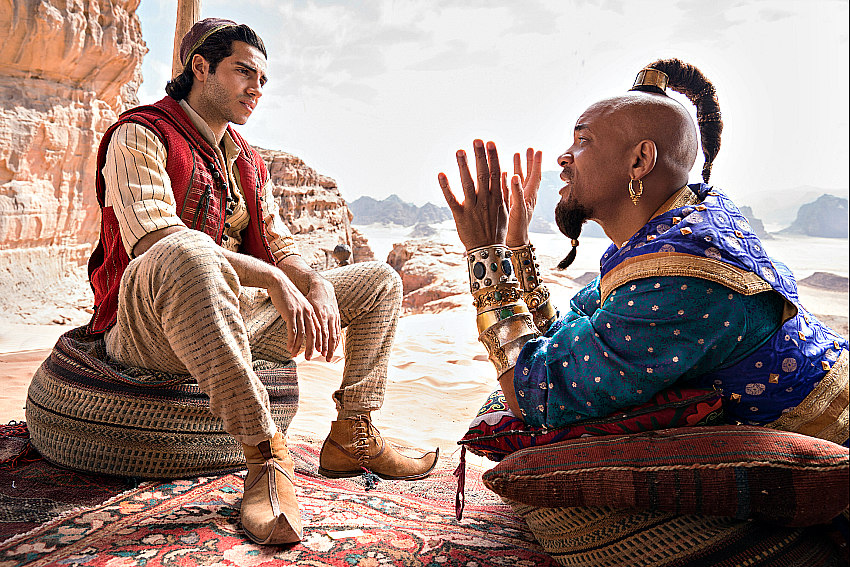 The story is the same, almost line for line. Aladdin, the thief and pickpocket (played by Mena Massoud from Toronto) befriends a young woman in the market (Naomi Scott) who he only later learns is a princess. He sneaks into the palace and gets intercepted by Jafar, the war-promoting grand vizier to the ineffectual sultan. He’s sent on a mission to get a magic lamp, finds a flying carpet too and releases the genie who offers three wishes. There’s sparkling banter between him and the genie, some of it too hipster and cool but quite funny. 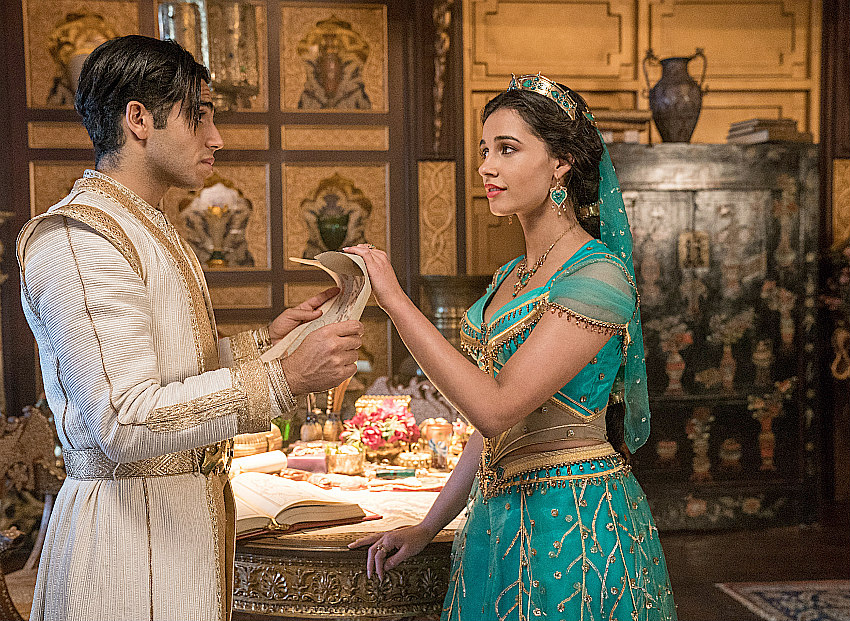 In a timely updating, the princess protests the rules that bar her from ever becoming a sultan, because she’s a woman. She sings a new song to proclaim her defiance. That theme fades away though and we get a special effects-laden finale that delivers a few thrills and lots of action. Guy Ritchie, the director, is known for that, not for subtle story lines. The musical side doesn’t bubble either. The songs from the original are sung again and two new ones are added—but they don’t fit comfortably, not in this live-action. One dance number is a pure Bollywood knock-off. (Scotiabank, International Village, Marine Gateway and suburban theatres everywhere) 3 out of 5

BOOKSMART: Is this the female counterpart to Superbad? Well, it does have high school kids on a one-night search for a hot party. Very similar. One of the stars here is the sister of one of the stars there. And on a more arcane level, the casting director was the same for both movies and found a great troupe of young actors. That said, there are differences (less obsession with sex) and many similarities (a no-nonsense depiction of modern teens, rough language and fun times). 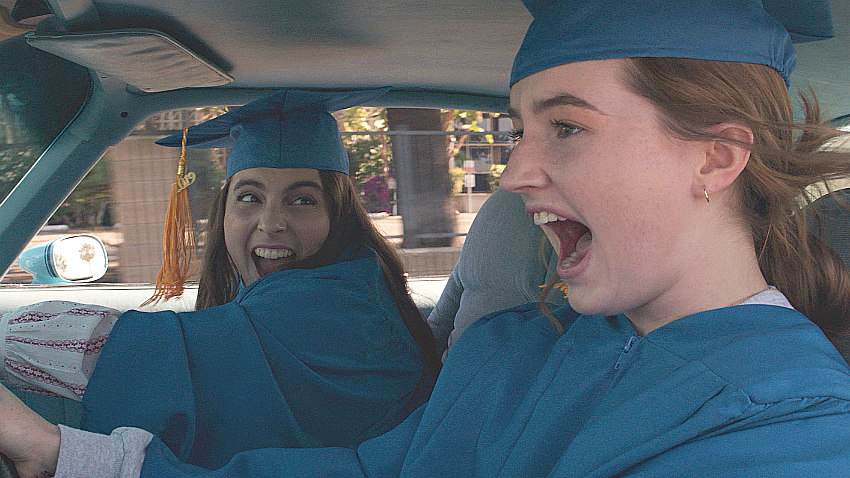 Beanie Feldstein and Kaitlyn Dever play Molly and Amy, best friends and high achievers in school. Now on the night before graduation they learn their hard-partying friends have achieved just as much and are also going to good colleges. (No admission scandals mentioned). They decide to have a blast for this night by going to the best party. They don’t know the address and set off on a search crammed with funny incidents. There’s a dull rich kid’s party, a murder mystery party by the drama types (where the two get stoned and hallucinate themselves as Barbie dolls), an Uber ride, a helpful teacher and finally the real party. How will they fit in with the cool kids they never associated with? Surprisingly there are no mean kids and nasty scenes. Thanks to the four women who wrote it and Olivia Wilde, making her first step over from acting to directing, the focus stays directly on the friendship that has kept the two girls together despite their differences. It could have been funnier but the dialogue snaps and the movie entertains. (Park, International Village and suburban theatres) 4 out of 5