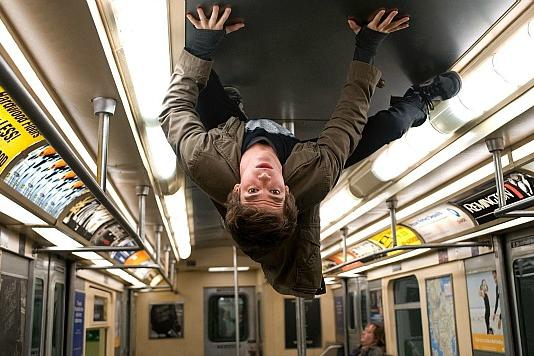 Andrew Garfield is the new-look Spider-Man in this summer’s latest comic book movie.

Spider-Man, amazing or not, is the big film this week, although Katy Perry has her own adoring fans anxious to see her movie. Woody Allen and Oliver Stone are back and modernism in architecture and mysterious science fiction play out right here in Vancouver. Here’s the list:

To Rome With Love: 2

Beyond the Black Rainbow:  2

THE AMAZING SPIDER-MAN: It’s already a big hit and many of the fans seem to approve. I found it not very involving. It’s less intense than the first one, directed by Sam Raimi 10 years ago and best remembered for a hot kissing scene in the rain. There’s no equal here although, with Marc Webb now at the helm, and his sole previous feature being the quirky romance (500) Days of Summer, young love is again the most appealing part of the film. It tops the action scenes that come later. 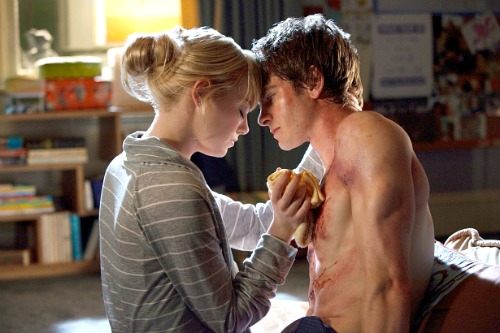 Peter Parker, now played by Andrew Garfield (he was the co-inventor of Facebook in The Social Network) and Gwen Stacey, played by Emma Stone (she was the writer in The Help) develop a high school relationship that’s sweet and endearing. Just as involving is Peter’s search for answers about his parents who disappeared mysteriously years before. He learns about his father’s work in inter-species genetics and meets an old colleague (Rhys Ifans) who is trying to gain a lizard’s ability to re-grow his severed hand.

But as happens in comic book stories, he actually turns himself into a giant lizard and thrashes cars around New York streets and bridges. Peter, after a bite from a radioactive spider, gets spider-like wall-climbing and web-slinging abilities and ultimately a showdown with the all-too implausible lizard. The action scenes are less than amazing. They’re big and dazzling but low on tension and sometimes hard to follow. 3-D makes the film look dark and murky. The 3-D looks better on a TV at the Sony store where they will play you the trailer. (Dunbar, Scotiabank, Park, Dolphin and many suburban theatres) 3 out of 5

KATY PERRY: PART OF ME: I saw a couple of young girls at a theatre the other night looking wistfully at the poster for this film. They said they love her music. I asked how old they are. “I’m five,” one said, “and she’s seven.” So, it seems it’s a good thing this film made on a mammoth concert tour is almost squeaky clean. No bad language, no suggestive images and, as people who’ve seen her show will notice, a sexual gesture discreetly missing during her song Peacock. 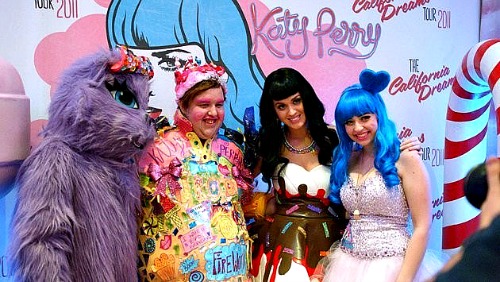 Her fans get a big dose of her candy-colored stage show, all of her big hits from I Kissed a Girl to the current one, Wide Awake, with their poppy bounce and self-affirming lyrics, and enough peeks behind the stage to feel they’ve been let into her private life. Briefly it looks like they have been. The camera is there when Katy gets word that her husband Russell Brand, the English actor, is divorcing her. She’s lying flat, crying and distraught as another show is already starting but drags herself up to perform. The film charts her rise from preacher’s daughter and failed gospel artist to the mega-star she is today. She’s only the second person to have five number one hits off one album. Michael Jackson was the other one. The film captures the vitality of her show and much spirited singing-along by her fans. Songs like Fireworks speak to them. (International Village and many suburban theatres) 3 out of 5

TO ROME WITH LOVE: After bringing us terrific stories set  in Barcelona and Paris, Woody Allen  is only a tourist in Rome.  He hits the main spots, (Trevi Fountain, Spanish Steps, Coliseum) and a few neighborhoods to tell four stories. He claims the city is so lively and diverse, just one wouldn’t do. Unfortunately they don’t connect or add up to much. They’re minor tales that don’t say anything distinctive about Rome. 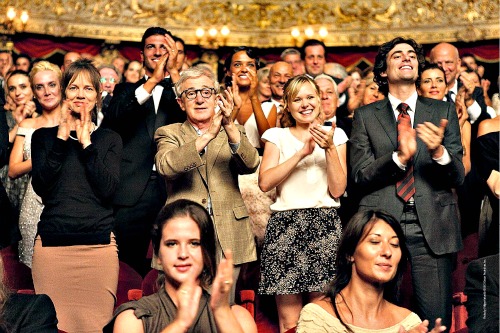