Arnie is back again, Antonio portrays his director and Adolf does comedy (huh)?

JOJO RABBIT: It was the people’s choice at the Toronto Film Festival but you might still have doubts about seeing it. Hitler as the imaginary friend of a young German boy, offering him ideology, advice and occasionally cigarettes near the end of World War II seems dicey at best. It is but not for reasons you might suspect. It is funny, not laugh out loud but quietly, clever and a little bit glib. Nazis are an easy target and these jokes are familiar. They assail racism, mock the perpetrators like the Fuehrer and most pointedly show the perils of following idols and their ideas.  But the film comes off as too safe; it could be stronger. 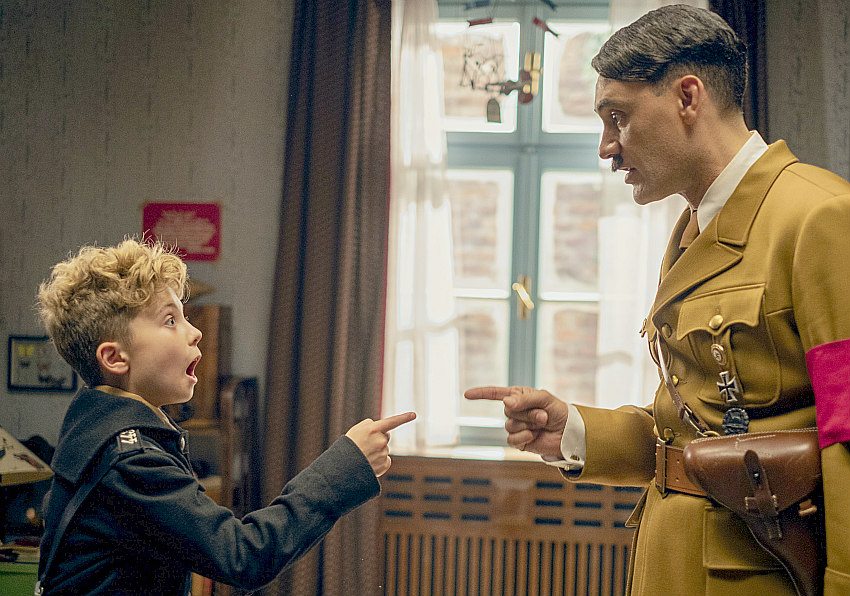 Jojo is 10-year-old Johannes who aspires to be a good Nazi but gets “rabbit” added to his nickname after a failure at a youth camp. His dad and sister are away and his mom (Scarlett Johansson) is often busy so he takes guidance from Hitler who appears only to him and is played by Taika Waititi. The New Zealander also directed and scripted, based loosely on a novel, and again displays a quirky sense of humor as with the most recent Thor movie and the vampire comedy What We Do in the Shadows. He’s half Maori, half Jewish, which helps back up the centre of the movie. Jojo finds mom has given sanctuary to a Jewish girl (Thomasin McKenzie) and decides to get information from her about her race and write a book. Pretty well-every anti-Semitic rumor comes up for us to poke fun at. There’s a darker turn later that doesn’t feel well-earned but also fine performances by Johansson, Sam Rockwell, Rebel Wilson and new-kid Roman Griffin Davis as Jojo.  (International Village, Park Theatre) 3 ½ out of 5

TEL AVIV ON FIRE:  It’s not easy making a comedy about Palestinian-Israeli relations either. This one does pretty well, possibly because it draws from both sides of the line and perfectly depicts the difficulties in going back and forth across it. The title is the name of a fictional soap opera produced in Ramallah but watched everywhere. In it, a Palestinian woman is working for an Israeli general and also spying on him. (She’s played by Lubna Azabel who we saw in a new film at VIFF just recently and in the great Quebec film, Incendies, eight years ago). Kais Nashif plays a dialogue coach who understand how Israelis talk because he lives over there, although he’s Palestinian. 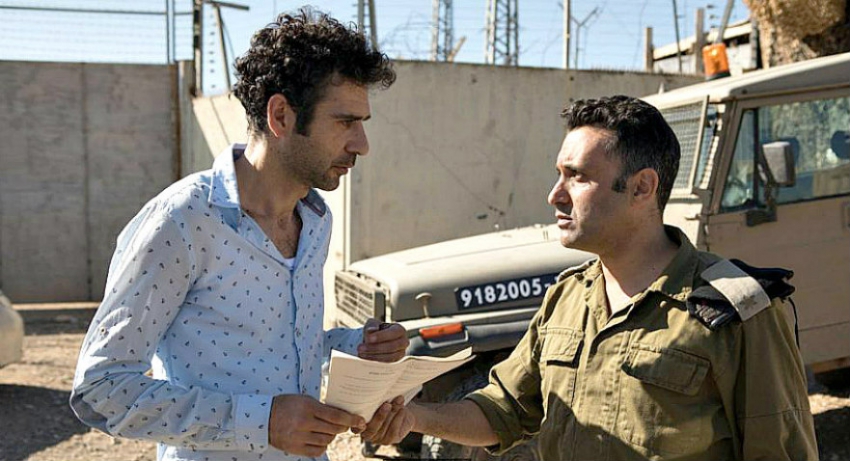 At the checkpoint he has to cross every day, the commander (Yaniv Biton) says he knows nothing about military dialogue and offers suggestions and then even story ideas. All he has to do is steer the script to please his wife, a regular viewer. Instead of the spy killing the general, she should marry him. That doesn’t fly with the producer (his uncle, by the way) or the show’s backers but he’s under pressure to deliver. The film finds an ingenious way out of that impasse, enough droll laughs to please us and a few political observations like this question: “Is there nothing between bomb and surrender?”  Writer-director Sameh Zoabi, himself a Palestinian born in Isreal, shows what is there. (VanCity) 3 ½ out of 5

THE BODY REMEMBERS WHEN THE WORLD BROKE OPEN: The title, taken from a poem, is obscure. The story is not. Far from it. This is one of the most realistic depictions of one side of life in Vancouver I’ve ever seen. It’s highly involving, downbeat at times but satisfying because it is observant and compassionate. It’s based on a real incident in the life of Elle-Máijá Tailfeathers, who along with Kathleen Hepburn wrote and directed the film.  Both are Vancouver residents and celebrated filmmakers.  She saw a barefoot and pregnant aboriginal woman standing cold on the street one day and tried to help her. It didn’t take, but in the film it does, up to a point. 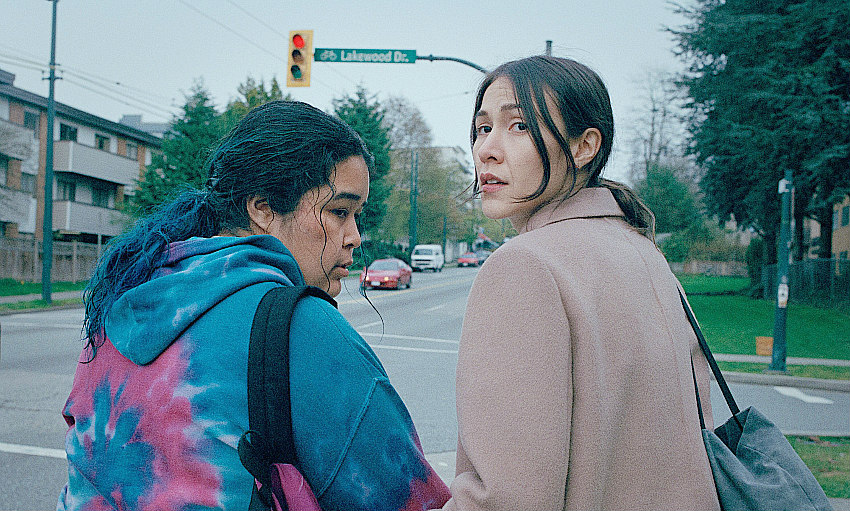