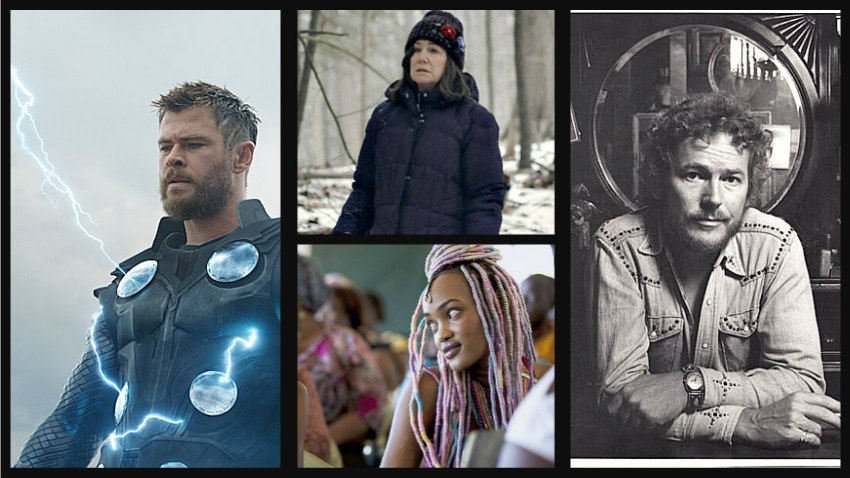 Avengers Endgame is poised to be quite possibly the biggest film of the year. So massive has been the anticipation and the pre-opening ticket sales. How is it? I caught it last night, so read on.

There are alternatives though: two at the VanCity Theatre and soon to come the 18th annual DOXA documentary festival. I have a few early and choice recommendations below.

Because We Are Girls

Gordon Lightfoot: If You Could Read My Mind

AVENGERS: ENDGAME: I’ll sum it up right here. This movie is fun. Great fun if you’re one of those fans who has followed all the plot turns and relationship rises and falls in the 21 Marvel Studio films that led up to this. You’ll cheer and laugh more than a few times as those events are recalled, repeated or even repaired. The rest of you just have to recollect the cliffhanger the last movie, Avengers: Infinity War, left us and enjoy the follow-up. Remember how super villain Thanos (Josh Brolin) finally managed to gather all six infinity stones and with them and a snap of his fingers wiped half of all living things in the universe? A lot of Marvel characters disintegrated before our eyes. So what now?

Well the few survivors are in a funk. Some are in therapy. Thor has gone to seed with flab and a beer belly. Tony Stark is depressed and stranded with Nebula, Thanos’ turncoat daughter. The Hulk is stuck in Bruce Banner mode but much oversized. The solution to get them out of this? The oldest and most over-used trick in the science fiction and comic book playbook: a time machine. It’s made to sound more respectable with allusions to a “quantum realm” but it is a “time heist” they dream up. The plan is to go back, find the stones before Thanos did and undo the destruction he created. Good idea but he’s still around too. Scary. 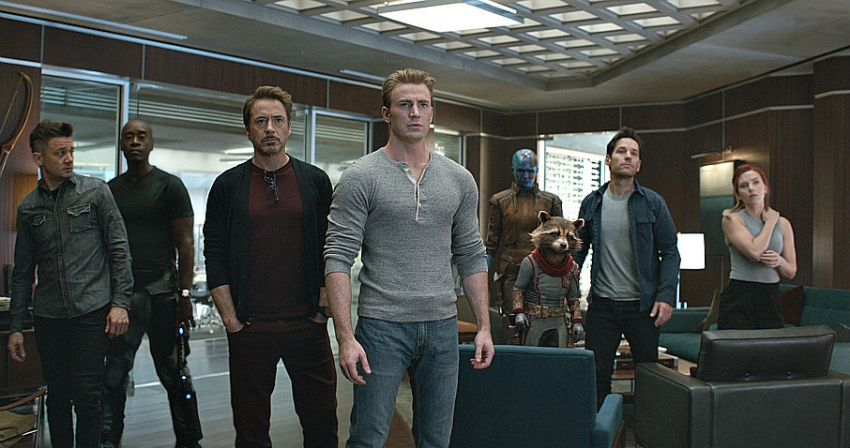 Three teams go back to three different years in the 1970s in three different locations and sure enough through a lot of plot complications—some rather hard to follow or even confusing—a huge final battle is set up. It’s exactly what you expect from these films but done this time on a grander scale and with more at stake. Some of our favorites won’t survive. The wind-up to this series of films has to satisfy both the deep fans and the casual viewer. The ending has to be logical and not feel contrived. The film succeeds in pretty well all of that and there’s even a flicker of emotional connection with some of the characters, at least the ones played by Robert Downey Jr., Chris Evans, Scarlett Johansson, Mark Ruffalo and Chris Hemsworth. They manage to make their lines mean something. There are also a few surprise cameos, most notably by Robert Redford. The film has a lot of humor and even at three hours doesn’t feel long. It’s brisk, is elegantly visualized and even uses it’s 3-D to good effect. It’s still just a comic book story but a pleasing one. (5th Avenue, Dunbar, Scotiabank, Marine Gateway and just about every suburban theatre) 3 ½ out of 5

DIANE: If you want to avoid the usual fantasies the movies bring us, here’s a slice of real life. Maybe a little too real in that it shows everyday events and sometimes repeats them to build a character study.  Only well-on in the film does it bring out the central drama. But the acting is tremendous, definitely by Mary Kay Place as the aging boomer generation woman driven to help others where ever she can. She’s surrounded by actors you’ll recognize from many past encounters –Estelle Parsons, Joyce Van Patten, Andrea Martin and others—in this well-observed portrait of a small-town group of friends who gather for meals, card games and chats to catch up on how everybody they know is doing.