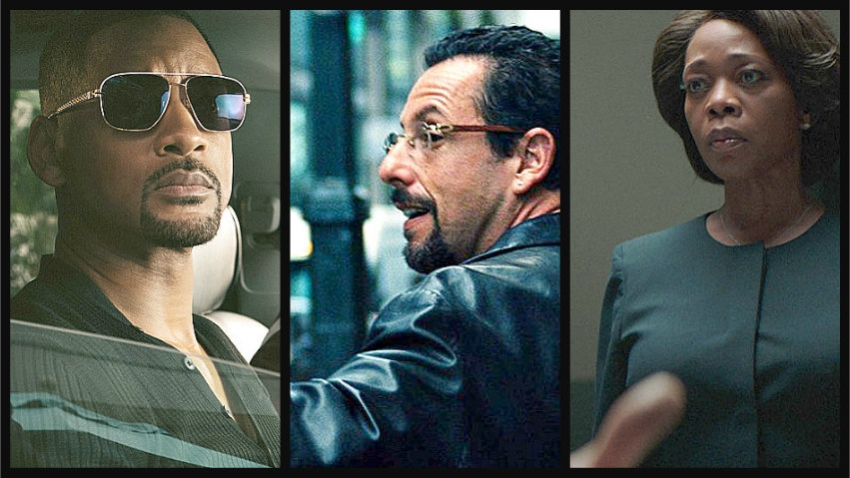 And for the kids: A superior Japanese anime in Weathering With You, Robert Downey Jr. talking to the animals in Dolittle and your chance to sing along with Frozen II.

It wasn’t just women directors that the Academy Awards snubbed this week. Frozen II only got a song nomination although it has just hit a major milestone. It is now the biggest-earning animated film ever. And Adam Sandler wasn’t mentioned all although he’s been getting great notices for his acting in Uncut Gems. Both films are in my notes below.

And while on awards, think of the Vancouver film The Body Remembers When the World Broke Open. It’s been nominated in many competitions and won in eight, including Toronto, Montreal, online and in Vancouver (both the film festival and the film critics circle). If you haven’t seen it, you can, Tuesday night at the Rio, or, for free, as part of the film festival’s campus screening program. SFU Downtown (Wed Jan 22, 6:30 pm) has tickets available; Emily Carr (Wed Jan 29, 8:00 pm) is standby only. For more go to https://viff.org and scroll down to VIFF IGNITE.

And for this week, we have:

BAD BOYS FOR LIFE: Seventeen years since we last saw these two bickering Miami drug cops (Will Smith and Martin Lawrence) they’re back in a third film and facing a different world (somewhat). They’re older; one is now a grandfather and thinking of retiring. Will, though, is gung ho to keep on fighting the bad guys. Their methods, tough and brutal, may just be obsolete compared to the high tech ways of the new young crime fighters with their computers. Those two debates infuse the film but remain underdeveloped alongside the hyper car, motorcycle and helicopter chases, the crashes and explosions and the elaborate shootouts. 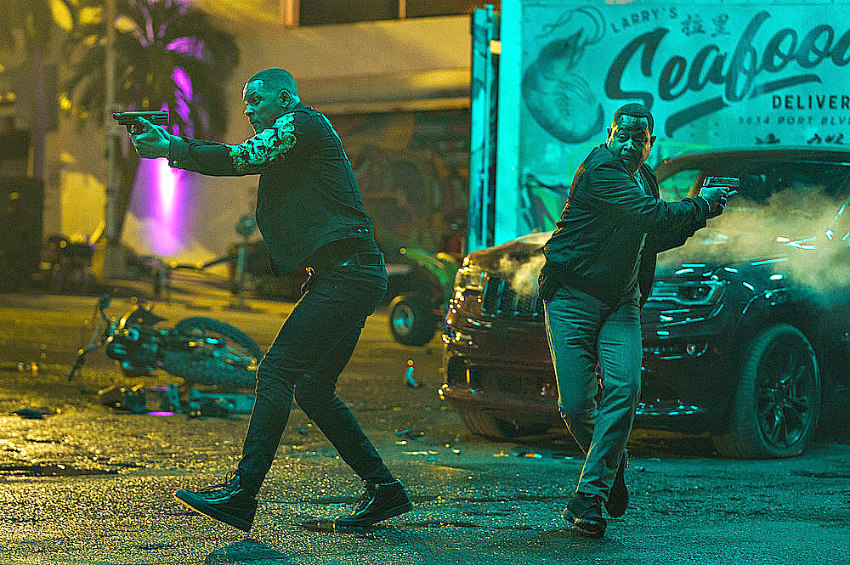 I haven’t seen a film as gun happy as this one in quite a while. It’s as if Michael Bay is still in charge, and not just in it, in a cameo as a wedding MC. The new directors, Adil El Arbi and Bilall Fallah from Belgium have taken on his love of carnage and excess and found a level somewhat midway to his range. It’s speedy and fun, if you want it. The story has our buddy cops targeted in revenge for killing a Mexican drug lord. The guy’s wife orders her son to go and pay them back in a particular way. A story twist eventually explains why, and though it’s an interesting add-on it also feels like a stretch because we’ve had no hint before about what is really a major backstory. Notice two very welcome additions: Paola Núñez, as the new-style team leader and Vancouver actor Alexander Ludwig as the techie in the group. Meanwhile, the turn to religion by Martin’s character (he promised God to forsake violence) is discharged easily. Will hands him a giant gun and says it’s “a gift from God.” A gift to the fans, I’d say. (Scotiabank, Marine Gateway and suburban theatres) 3 out of 5

UNCUT GEMS: Adam Sandler has been getting wide praise for his acting in this film and that’s fine. He does create a distinctive character. But he didn’t get a widely predicated Oscar nomination this week, possibly because the film is thoroughly unpleasant. The first sight we get of him is a camera shot up his colon (hopefully of a stunt double). That level of gross isn’t sustained visually but it is in the dialogue. A popular word used as an intensifier is heard in every line, sometimes two, three or four times in the same sentence. Most these are shouted at full volume, often with two or more characters yelling things at the same time. It’s completely annoying, though the filmmakers, the Safdie brothers, Benny and Josh, may think it’s edgy. 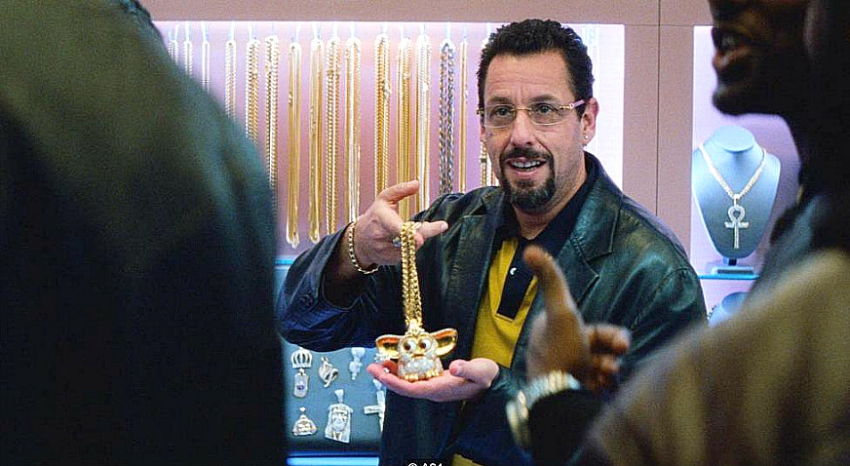 Sandler plays a jeweler in New York’s diamond district. He’s got a gambling problem and is in debt to a Jewish mob and in trouble with both his wife and his mistress. One big score could pull him back out and an unrefined rock from Ethiopia bearing a giant opal could bring it. He puts it up for auction, urges a rapper (Toronto’s The Weeknd) and a basketball player (the NBA’s Kevin Garnett) to bid on it and tries to manipulate the bidding up to get what he needs and what he thinks it’s worth. But he’s both a risk taker and a screw-up, so there’s suspense and you’re drawn in. The story hurtles along and even with a pause for a well-staged seder to mark Passover it’s a shrill and exhausting experience. Beware. (VanCity) 2 ½ out of 5

But if you’re really interested you might wander over Saturday afternoon also for the last film that won Sandler so many kudos: Punch-Drunk Love, from 2002, directed by Paul Thomas Anderson. This is part of the Van City Theatre’s film studies program and will be introduced by Steven Malcic of SFU’s School of Communication.

CLEMENCY: You can praise this deliberation on capital punishment for its unusual vantage point and at the same time lament its shortcomings. Here, it’s not just the victim and his family who suffer; it’s also the prison warden who supervises the executions. As Alfre Woodard plays her she suffers psychological scars that give her bad dreams and disintegrate her marriage. She’s “an empty shell of a wife,” says her husband. “I do a damned good job,” she insists to justify continuing her work even as doubts build up.   The assistant warden, the attending priest and a defense lawyer are all ready to quit, so worn down are they by the emotional toil.